General Motors shares have soared after the company announced it would be more profitable and return more money to shareholders.

In total it plans to give $16 billion back to shareholders by the end of 2017. GM executive Mary Barra said: “We made significant progress executing our strategic plan and the results are being demonstrated through our improved earnings.”

Shares in rival automaker Ford fell more than 3.5% after it said US margins could hit a plateau of 9.5%.

Ford said on January 12 it would give a special $1 billion dividend, and that it expects pre-tax profit of between $10 billion and $11 billion in 2015.

However, this figure was at the lower end of analyst expectations.

GM has accepted the findings of a “brutally tough, deeply troubling” report into recalls of its Chevrolet Cobalt over ignition problems which have been linked to 13 deaths.

The carmaker also said it would launch a compensation fund for crash victims and their families.

CEO Mary Barra said the report, which was carried out by former US Attorney Anton Valukas, found “the Cobalt saga was riddled with failures”.

She said 15 employees have been fired.

Five other workers who acted “inappropriately” have been disciplined.

To date, GM has recalled 2.6 million cars with the defective switch. It took the carmaker more than a decade to report the ignition switch failures, in which the switch can slip out of the “run” position and effectively shut down the car, causing the driver to lose control.

Although the problem has been linked to 13 deaths so far, lawyers for victims put the total at closer to 60.

Mary Barra, in announcing the results of Anton Valukas’s report which involved over 200 employee interviews and more than 40 million documents, promised to “fix the failures in our system”.

However, in a statement, GM emphasized that the report had found no conspiracy or cover-up.

“The Valukas report confirmed that Mary Barra, [and other GM executives] Mike Millikin and Mark Reuss did not learn about the ignition switch safety issues and the delay in addressing them until after the decision to issue a recall was made on January 31, 2014,” GM chairman Tim Solso said.

Last month, GM paid a $35 million fine – the maximum allowed by US law – for its failure to report the ignition switch problems in a timely manner.

Analysts said that GM was hoping this report would be the final word on the matter.

The compensation fund will be run by Kenneth Feinberg, who also led claims processing in the wake of September 11 and the BP oil disaster in the Gulf of Mexico.

“I will be spending the next few weeks seeking advice and input from all interested parties as to the terms and conditions of such a program,” said Kenneth Feinberg in a statement.

He said the fund would start taking claims on August 1.

GM shares barely budged in the wake of the report. Earlier this week, it reported its best May sales in seven years. General Motors is accused by US Congress of a potentially criminal cover-up of its defective ignition switches.

Lawmakers on Capitol Hill fumed at the lack of answers from GM’s new CEO Mary Barra during a second day of hearings Wednesday into why the carmaker waited a decade to recall cars with the deadly flaw.

Members of a Senate subcommittee also said GM should tell owners of the 2.6 million cars being recalled to stop driving them until they are repaired.

However, Mary Barra gave assurances that the cars, mainly Chevrolet Cobalts and Saturn Ions, are safe to use while owners wait for the replacement part, saying she would let her own son get behind the wheel if he took certain precautions.

GM has linked the switch to 13 deaths and dozens of accidents. Others, including relatives of some victims, have a higher count of fatalities.

The automaker has said the ignition switch can move from the “run” position to the “accessory” position because of weight on the key chain. That causes the engine to shut off, disabling power steering, power brakes and the front air bags.

As she did Tuesday at a House hearing, Mary Barra said many of the answers Congress is seeking will come out in an internal GM investigation that should be completed in 45 to 60 days. She also said she was unaware of certain details about GM’s handling of the problem – an assertion that frustrated some of the senators.

“You don’t know anything about anything,” Senator Barbara Boxer, D-California, said. 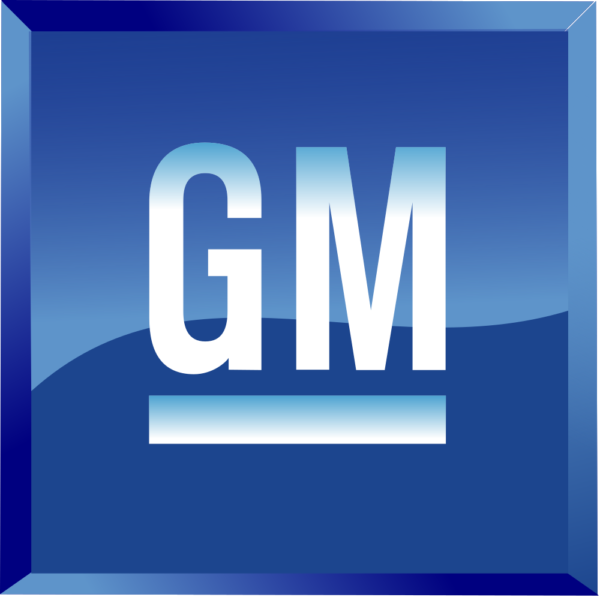 Senators aggressively questioned Mary Barra about how GM approved a replacement switch in 2006 but never changed the part number. Failing to change the number makes the part harder to track. In this case, anyone investigating the cars wouldn’t know why earlier switches were failing at a higher rate than later ones.

While Mary Barra called the failure to change the part number “unacceptable,” several members of the panel implied that it was done intentionally by a person or group within the company.

“I don’t see this as anything but criminal,” said Senator Kelly Ayotte, R-New Hampshire, a former prosecutor.

Senator Richard Blumenthal, D-Connecticut, who is also a former prosecutor, told Mary Barra that the more he learns about GM, “the more convinced I am that GM has a real exposure to criminal liability”.

The Justice Department is conducting a criminal investigation of GM’s handling of the recall. The GM CEO promised the company will cooperate.

Mary Barra said the company has not yet fired any employees in connection with the recall. But she said if inappropriate decisions were made, GM will take action, including firing those involved.

As she began her testimony, Mary Barra faced an angry and skeptical Senator Claire McCaskill, D-Missouri – the head of the subcommittee – who recounted the story of a woman who died in an accident involving a faulty switch.

Claire McCaskill said GM had “a corporate culture that chose to conceal rather than disclose.”

She also dismissed Mary Barra’s claim that there is a new culture at GM. She said that when emerging from bankruptcy in 2009, GM had ample time to recall cars with the faulty switch.

GM did not begin recalling the vehicles until February.

Richard Blumenthal said GM should immediately tell owners of the recalled cars not to drive them until they’re repaired because they’re unsafe. GM plans to begin repairing the cars this month but has said it might take until October to get them all fixed.

Mary Barra said GM has already provided 13,000 loaner cars to drivers who are concerned. But she said the company’s testing on different types of roads shows the cars are safe as long as there is nothing but the ignition key on the key chain.

In 2015, GM entering a deferred prosecution agreement with the New York Office.

GM still faces pending civil lawsuits, but the government has finished monitoring the company as per bringing state or Federal charges.

General Motors has halted sales of some models of the popular Chevrolet Cruze car.

The giant carmaker did not give details of the reasons behind its move, which affects models with 1.4 litre turbo diesel engines.

The move comes at a time when GM is facing criticism over its handling of a recent recall of 1.6 million vehicles to fix faulty ignition switches.

GM issued that recall last month, but has admitted that some employees knew about the issue as early as 2004. The faulty switches could turn off the engine and disable airbags.

GM has linked the issue to 12 deaths. But a report by the Center for Auto Safety has put the number at 303 – a figure that the carmaker has disputed.

The delay in recalling the vehicles has triggered two congressional enquiries against the firm.

Mary Barra, the new chief executive of GM, is scheduled to testify to both chambers of Congress next week on the issue and why it did not recall vehicles earlier. General Motors has decided to recall 748,024 more cars in the US that may have faulty ignition switches that can shut the engine off while driving.

In a statement, GM said it found eight additional crashes related to the ignition switch problem for a total of 31 accidents and 13 deaths. A total of 1.37 million General Motors cars are affected in the US and about 1.62 million worldwide

A total of 1.37 million General Motors cars are affected in the US and about 1.62 million worldwide.

General Motors (GM) announced it will resume dividend payments, capping a remarkable turnaround since its 2009 bailout by the US government.

The company filed for bankruptcy at the height of the global financial crisis and was rescued after the government pumped in billions of dollars.

But the firm has since seen a strong recovery, led by a jump in sales in key markets such as the US and China. GM announced it will resume dividend payments, capping a remarkable turnaround since its 2009 bailout by the US government

“This return to shareholders is consistent with our capital priorities, and is an important signal of confidence in our plans for a continuing profitable future,” Dan Ammann, GM’s chief financial officer, said in a statement.

Car sales in key markets such as China and US have been rising – recovering from the slump seen in the years following the global financial crisis.

According to data released over the past few days, auto sales in China, the world’s biggest car market, jumped 14% in 2013 to 21.98 million vehicles.

Analysts said that GM had been able to tap into the growth in both the emerging as well as developed economies, which had helped boost its recovery.