Just a few decades ago dial-up was the norm and broadband was practically nonexistent.

Today five megabit per second connections are the normal minimum almost everywhere with faster connections available in many areas. Infrastructure continues to be improved and speeds get faster every day. Xfinity high speed Internet is among the fastest available. But how fast can Internet connections become and why should we care?

Whatever the maximum speed of Internet connections is, it is very fast. Gigabit connections are being rolled out in some areas as the infrastructure is upgraded, with promises of even faster speeds in the future. This is 50 times faster than the average US speed. When these connections become ubiquitous the Internet will become a very different place. Just as today’s Internet is much more powerful than the dial-up systems of the past, the future Internet will be useful in new and unimaginable ways.

There is a difference between advertised speeds and actual speeds, which is worth noting when talking about what users actually experience. 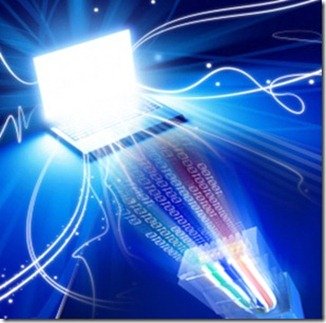 One major improvement caused by faster connections is media formats. As the Internet has become faster audio and video has become better to take advantage of it. Low quality tiny videos have been replaced by full HD. Movies have become digitized and are becoming better as well. And more companies have been taking advantage of the Internet to sell media. Cable connections are being replaced by video on demand services that are often more convenient and cheaper.

Video chat, once the realm of science fiction, has become ubiquitous as the Internet has improved. Today it is often blocky and prone to stuttering. Even higher Internet speeds will change that by providing more space to send the video data. This may lead to video chat becoming the standard, taking over regular telephone conversations (or has texting already done that?).

Improvements in video chat may also lead to changes in other parts of life. For example distance learning can become a mainstream method of teaching. When all the students are able to have high quality video links it’s easy to simulate the classroom environment over the Internet. Universities are already starting to experiment with distance learning courses and they can only become more integral over time.

Public services can also greatly benefit from better video chat. Police and fire officials can send multimedia between themselves, each other, and headquarters. A fleeing suspect can be monitored in real-time with the video being transmitted to the appropriate people. Officers can quickly get detailed information about a house that they’re searching or a suspect that they’re detaining.

Video games will also benefit from increased connection speeds. Broadband has already enabled Internet multiplayer games as the connections have become good enough to keep all the players synchronized with each other. Future speeds will allow multiplayer gaming to improve further.

Another possibility is more interaction with the real world. For instance, traffic lights can be connected to a municipal Wi-Fi network. Their light change schedules can be altered if traffic or an emergency dictates it depending on a flow of information equal to the road traffic. Roadside signs can also be connected to the Internet to provide up to the minute information.

Improving Internet infrastructure will provide very fast connection speeds to even the rural parts of the US. Connecting the entire US will help rural areas by linking them to the economic growth the Internet offers. Businesses can expand their local markets. People and business can get specialized services from distant areas where the appropriate business is located.

The Internet has gotten much faster since its inception and it will likely become much faster in the future. As it becomes an increasingly large part of society the faster connection speeds will make everyone more connected. This will benefit society as information can travel more quickly and people can always be in contact with each other.