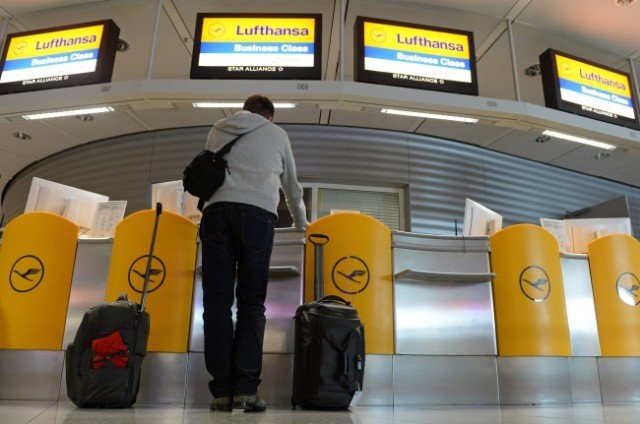 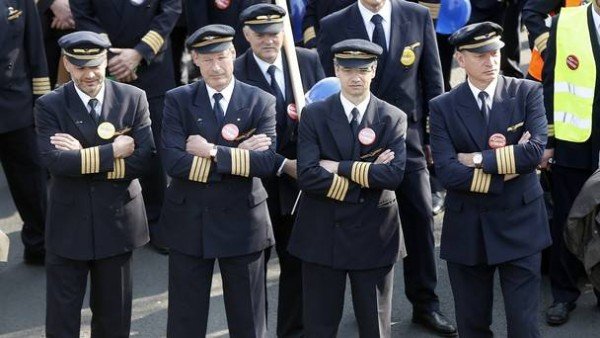 A new Lufthansa pilots strike has triggered the cancelation of 1,511 flights over October 20 and October 21.

The strike was initially aimed at mostly European flights, but will be expanded to international routes on October 21, hitting 200,000 passengers.

Lufthansa said that the strike, over changes to retirement and pensions terms, would hit profits and its image.

However, the Vereinigung Cockpit (VC) union said it wanted to send a clear message.

Last week, VC called out its members at Lufthansa’s budget airline, Germanwings, for a 12-hour stoppage.

The union, which represents about 5,400 Lufthansa pilots, is calling on the airline to reconsider its decision to raise the age that they can retire from 55.

Lufthansa pilots strike has triggered the cancelation of 1,511 flights

The company has offered to retain the scheme for existing members but not to extend it to new recruits.

VC said Lufthansa was “stonewalling” over talks. Union board member Markus Wahl said: “We are extending the strike in order to send a clearer signal. Perhaps now, Lufthansa will finally come round.”

Simone Menne, Lufthansa’s chief financial officer, said in a statement: “The strikes are not only causing significant financial damage but are also damaging our image, the consequences of which are significant and not yet clear.”

Lufthansa said it hoped to operate a third of its flights over the two days.

The Lufthansa strike follows a walk-out over the weekend by railway drivers.

The train drivers’ strike was over demands by the GDL for a 5% pay for 20,000 drivers and a shorter working week.

The head of the GDL union, Claus Weselsky, said there would be a week-long break before any further strikes.

Germany’s economy has been slowing recently. However, the Economy Ministry said although the strikes would certainly “impact some sectors of the economy”, there was no reason to change the 2014 growth forecast which was lowered this month to 1.2%.

Lufthansa pilots have voted to strike in a long-running dispute over pay and working conditions.

The pilots’ union, Vereinigung Cockpit (VC), said more than 90% of its members voted in favor of the industrial action.

Vereinigung Cockpit, which represents more than 5,000 pilots, said it would give the public at least 48 hours notice before any strike. 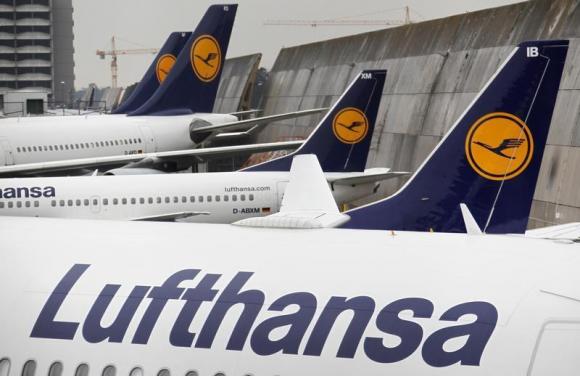 The union says no walkouts are planned, as yet, for the Easter period.

The pilot’s chief negotiator, Thomas Sturm told journalists: “None of us really wants to strike and we’ve been negotiating very patiently, but our patience has run out.”

Lufthansa, which is under pressure to cut costs, has already agreed pay deals with ground staff and cabin crew.