Two members of the Ukrainian parliament, Yegor Sobolev of the “Samopomochi” party and Vadim Ivchenko from the “Fatherland” party, were involved in a brawl in the halls of the parliament on February 12.

According to Yegor Sobolev, the fight occurred because an anti-corruption bill and harassment of the press. 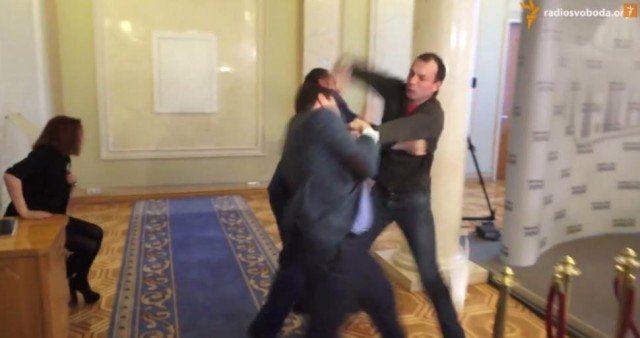 Both men are members of the Committee for Combating Corruption and will be disciplined for their actions.

Yegor Sobolev and Vadim Ivchenko will not have the right to participate in meetings for 5 days.