According to a newly released Facebook report, governments around the world requested information on about 38,000 of the social network users in the first six months of 2013. 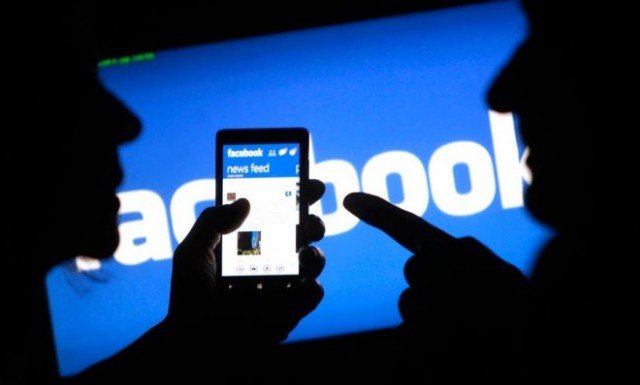 Governments around the world requested information on about 38,000 Facebook users in the first six months of 2013

“We will continue to be aggressive advocates for greater disclosure,” Facebook said.

“We hope this report will be useful to our users in the ongoing debate about the proper standards for government requests for user information in official investigations,” wrote Facebook lawyer Colin Stretch.

“And while we view this compilation as an important first report – it will not be our last.”

Unlike other countries, which had an exact figure, the US data was given as a range due to it being forbidden for companies to disclose how many requests they have had.

“In coming reports, we hope to be able to provide even more information about the requests we receive from law enforcement authorities,” Colin Stretch added.

The report covers the first six months of 2013, ending June 30, and is the first time Facebook has released data relating to these kind of requests.

The company said it hoped to publish similar reports every six months from now on, and hoped the report highlighted the “stringent processes” involved in the obtaining of user information.

Facebook “likes” are being added to webpages even if a user has not clicked a like button, or even visited the page in question, the company has admitted.

A US security researcher found that simply sending a web address to a friend using Facebook’s private messaging function would add two likes to that page.

The site said no private information had been exposed.

The revelations coincided with the news that the network has surpassed one billion monthly active monthly users.

“Many websites that use Facebook’s <<like>> or <<recommend>> buttons also carry a counter next to them,” the site explained.

“When the count is increased via page shares, no user information is exchanged.

“We did recently find a bug with our social plug-ins where at times the count for the Share or Like goes up by two, and we are working on fix to solve the issue now.”

The site explained that the figure represented how many times an item was shared – not how often users had clicked “like” on the page.

However, the number appears next to the word “like” and the site’s distinctive thumbs up icon.

The system means that users who may be sharing pages to highlight negative content – such as campaigners – are inadvertently making the page appear more popular.

In documentation relating to the function of the like button, Facebook details four criteria which cause the likes number to increase – only one of which involves clicking the like button.

Facebook stressed that the added likes were anonymous, and would not appear on the user’s timeline.

The site also said that its figure of 1.13 trillion likes – which was publicised as part of its announcement of having one billion active users – was not affected.

But researcher Ashkan Soltani, writing in the Wall Street Journal, argued that inflating the numbers in this way raises the prospect of “like fraud”.

He quoted an online commenter who pointed out that “if [you’re] visiting an online store and you see a lot of likes under the product then this might cloud your judgement”.

Skype, the Microsoft’s online message, phone and video chat service, has denied making changes to its system “in order to provide law officers greater access” to its members’ conversations.

It follows reports suggesting infrastructure upgrades had made it easier to hand on users’ chat data.

Skype has now posted a blog saying the changes were made solely to improve user experience and reliability.

But it added it would pass on messages to law enforcement when “appropriate”.

Concern about Microsoft’s intentions were first raised over a year ago after the Conceivablytech blog revealed the firm had filed a US patent for Legal Intercept – a technology “capable of silently copying the communication between at least two entities” on Voip (voice over internet protocol) calls.

It specifically made reference to “Skype and Skype-like applications” despite being filed in 2009, 17 months before Microsoft paid $8.5 billion to take over the service. 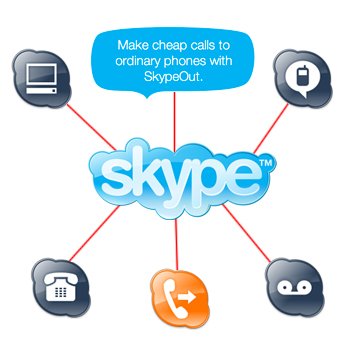 In May 2012 the issue was revived after security researcher Kostya Kortchinsky blogged that the firm had changed its “supernode” policy.

While in the past Skype had relied on users with high-spec systems to help its members’ computers locate each other when a call was made, the firm had now switched to a system in which all such connections were made using in-house servers.

This prompted posts on some blogs linking the move to the earlier surveillance patent which were then followed up by the news site Extreme Tech.

Reports in the mainstream media including articles by Forbes, and The Washington Post followed.

The latter said industry and government officials had told it that Skype “has expanded its co-operation with law enforcement authorities to make online chats and other user information available to police”.

It said its sources had spoken to it “on the condition of anonymity”.

Skype’s blog post said it was “false” to believe the changes it had made allowed it to monitor and record audio and video calls. It said that while its servers helped members locate each other and maintain quality, the actual call data usually bypassed its equipment going directly from one users’ equipment to another.

“Skype to Skype calls do not flow though our data centres and the <<supernodes>> are not involved in passing media (audio or video) between Skype clients,” wrote Mark Gillett, the firm’s chief development and operations officer.

But he added that group calls including more than two parties were an exception, “where a server aggregates the media streams (video) from multiple clients and routes this to clients that might not otherwise have enough bandwidth to establish connections to all our partners”.

The Washington Post article had focused on written instant messages, rather than video/audio calls.

Mark Gillett denied Skype’s moves had been designed to “facilitate law enforcement” but he did acknowledge the company would give the authorities access to messages if “a law enforcement entity follows the appropriate procedures” and the procedure was “technically feasible”.

His post suggested it would be possible to pass on messages in some instances.

“In order to provide for the delivery and synchronization of instant messages across multiple devices, and in order to manage the delivery of messages between clients situated behind some firewalls which prevent direct connections between clients, some messages are stored temporarily on our (Skype/Microsoft) servers for immediate or later delivery to a user,” he wrote.

Skype’s privacy policy acknowledges: “IM messages are currently stored for a maximum of 30 days unless otherwise permitted or required by law.”