More than 100 former officers have been sentenced to life in prison for their involvement in the 2016 Turkish coup attempt, state media report.

The 104 ex-military officers were given “aggravated life sentences”, which come with tougher terms than a normal life sentence.

The Turkish government has since led a crackdown on alleged coup supporters, with the dismissal of more than 150,000 state employees and the arrest of some 50,000 people. 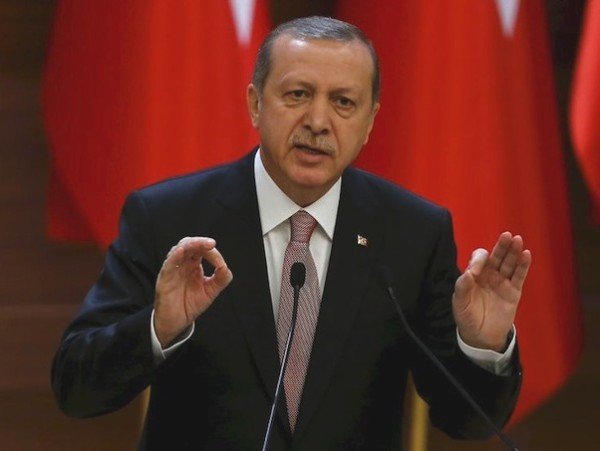 Of the 280 ex-military people on trial, the court in Izmir also served lesser sentences to a further 52 defendants.

The Izmir court gave 21 people 20 years in prison for “assisting the assassination of the president”, while 31 others were sentenced to between seven and 11 years for “membership of a terrorist organization”, state news agency Anadolu reported.

The Turkish authorities accused a movement loyal to the Muslim cleric, Fethullah Gulen, of organizing the 2016 plot.

Fethullah Gulen, who has been in self-imposed exile in the US since 1999, denies any involvement, and Washington has so far resisted calls from the Turkish authorities to extradite him.

Rebel soldiers had attempted to overthrow the government overnight and plotters tried to detain Recep Tayyip Erdogan as he holidayed in an Aegean resort.

However, he had left 15 minutes before and the coup was thwarted by civilians and soldiers loyal to the president.

A purge followed the coup, in which thousands of public employees from police officers to teachers were sacked or arrested under suspicion of stirring up dissent.

Over 50,000 people have been detained, fired or suspended from their jobs by Turkey’s government in the wake of last week’s failed coup.

The purge of those deemed disloyal to President Recep Tayyip Erdogan widened on July 19 to include teachers, university deans and the media.

According to the government, they are allied to US-based cleric Fethullah Gulen, who denies claims he directed the uprising.

“We will dig them up by their roots,” the prime minister told parliament.

Turkey is pressing the US to extradite Fethullah Gulen and the issue was raised during a phone call between President Barack Obama and President Erdogan on July 19, the White House said. White House spokesman Josh Earnest said a decision on whether or not to extradite would be made under a treaty between the two countries.

A Turkish government spokesman suggested that the US should be able to extradite Fethullah Gulen “on grounds of suspicion” rather than requiring facts of the case against him.

“There is very strong suspicion for his [Fethullah Gulen’s] involvement in this coup attempt. So this is sufficient grounds,” said spokesman Ibrahim Kalin.

For his part, the preacher says claims he was behind the coup attempt are “ridiculous”.

“I urge the US government to reject any effort to abuse the extradition process to carry out political vendettas,” Fethullah Gulen said in a statement.

Recep Tayyip Erdogan is due to chair meetings of his national security council and cabinet in the capital, Ankara, on July 20, after returning to the city for the first time since the attempted coup.

The meeting will be Erdogan’s first chance since the coup attempt to sit and talk in person with all key members of the government and armed forces.

His task is to re-impose stability amid the turmoil and to reassure the country and Turkey’s allies abroad that he is not embarking on a witch-hunt against his many critics.

The Pentagon said that talks also took place on July 19 between Defense Secretary Ash Carter and his Turkish counterpart, regarding the Incirlik air base in southern Turkey.

The base is used by the US-led coalition fighting ISIS in Syria and Iraq.

Meanwhile, the Turkish government crackdown widened on July 19 to include the education sector and government departments.

According to Turkish media,15,200 teachers and other education staff had been sacked; 1,577 university deans were ordered to resign; 8,777 interior ministry workers were dismissed; 1,500 staff in the finance ministry had been fired; 257 people working in the prime minister’s office were sacked.

The news came on top of the arrests of more than 6,000 military personal and the sackings of nearly 9,000 police officers. About 3,000 judges have also been suspended.

The removal of thousands of officials has alarmed international observers, with the UN urging Turkey to uphold the rule of law and defend human rights.

A senior German official said on July 19 that “a deep split” had opened in Turkey, and he feared the divisions would cause unrest among Germany’s large Turkish community.

“The danger of an escalation in violence between Erdogan supporters and opponents has also risen in Germany,” Bavarian Interior Minister Joachim Herrmann told the Berliner Zeitung newspaper.

President of the European Parliament Martin Schulz has accused Turkey of carrying out “revenge” against its opponents and critics.

He also said a debate around restoring the death penalty was “deeply worrying”. The EU has warned such a move would end talks over Turkey joining the bloc.

Up to 8,000 police officers have been suspended in Turkey, reportedly on suspicion of having links to the failed coup attempt at the weekend, officials say.

Some 6,000 members of the judiciary and military, including generals, have been detained in connection with the coup. The government claims cleric Fethullah Gulen was behind the plot.

Fethullah Gulen lives in the US and strongly denies any involvement.

Turkish state media reported on July 18 that more than 100 generals and admirals had been detained in raids across the country.

Eight Turkish military officers who fled to Greece by helicopter are appearing in court in the Greek border city of Alexandropouli charged with entering the country illegally.

Recep Tayyip Erdogan told a crowd on July 17 that Turkey would consider reinstating the death penalty.

Capital punishment was abolished in 2004 as part of Turkey’s bid to join the EU. Nobody has been executed in the country since 1984.

The EU’s foreign policy chief, Federica Mogherini, was speaking ahead of a meeting of EU foreign ministers and Secretary of State John Kerry in Brussels, at which the events in Turkey are likely to be high on the agenda.

Federica Mogherini said there would be no excuse for any steps that would take Turkey away from the rule of law and that the foreign ministers would be sending a “strong message” on that.

Turkey’s PM Binali Yildirim has announced that some 2,839 soldiers, including high-ranking officers, have been arrested after an attempted coup that is now over.

At least 161 civilians have been killed and other 1,440 wounded during clashes.

Explosions and firing were heard in key cities on Friday night, July 15, and thousands heeded a call by President Recep Tayyip Erdogan to rise up against the coup-plotters.

It is unclear who was behind the coup. The authorities also said 104 suspected coup-plotters had also been killed.

Some 2,745 Turkish judges have also been dismissed in the wake of the coup, state media say.

They are reported to include a member of Turkey’s top court.

President Recep Tayyip Erdogan has blamed a “parallel structure” – a reference to Fethullah Gulen, a powerful but reclusive US-based Muslim cleric whom he accuses of fomenting unrest.

Fethullah Gulen has rejected any suggestion of links to what happened, saying he condemned “in the strongest terms, the attempted military coup in Turkey”.

Events began on July 15 as tanks took up positions on two of the bridges over the Bosphorus Strait in Istanbul, blocking traffic. Troops were seen on the streets and low-flying military jets were filmed over Ankara.

Shortly after, an army faction issued a statement that a “peace council” was running the country, and it had launched the coup “to ensure and restore constitutional order, democracy, human rights and freedoms”.

President Recep Tyyip Erdogan, then in the south-west resort of Marmaris, made a TV address via his mobile phone, urging people to take to the streets to oppose the uprising.

After flying to Istanbul, Recep Tayyip Erdogan said: “What is being perpetrated is a treason and a rebellion. They will pay a heavy price.”

During the violence, the Turkish parliament and presidential buildings in Ankara were attacked. Gunfire was also heard outside Istanbul police headquarters and tanks were said to be stationed outside Istanbul airport.

Broadcaster CNN Turk was temporarily taken off air after soldiers entered the building and tried to take it over. CNN Turk later tweeted a photo of soldiers being arrested by police.

There were reports of fierce clashes in Taksim Square in central Istanbul, and gunfire and explosions were heard near the square. One of the helicopters being flown by rebels was reportedly shot down by government troops in Ankara.