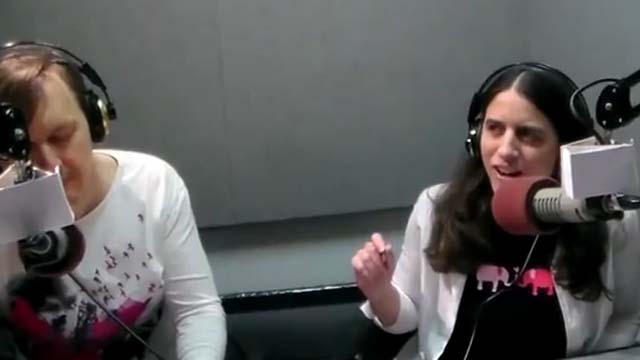 The 911 call legendary NASCAR Dick Trickle made to a hapless operator before he ended his own life with a self-inflicted gunshot wound was released today.

In the recording, Dick Trickle matter-of-factly tells the female operator that he is at “the Forest Lawn Cemetery at 150” – where he was later found dead.

When the 911 operator asks him for his name, Dick Trickle repeats the address, not once identifying himself as the racer who entertained generations with his extrovert driving skills

Dick Trickle says that he is “on the back side of it. By a ’93 pickup. There’s gonna be a dead body..it’s suicide”.

The confused operator asks Dick Trickle if he was there to witness one, but instead he chillingly responds with: “I’m the one.” 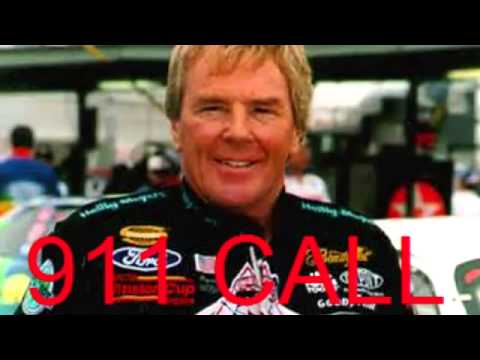 Stunned, the woman pleads with Dick Trickle, saying “listen to me” but Trickle simply repeats: “150 Forest Lawn in the back by a Ford pickup.”

The operator begs to let her send “help to you”, but that is in vain as he had already hung up.

The Lincoln County Sheriff’s Office said authorities tried to call the number back, but no one answered.

This comes as it was revealed that Dick Trickle suffered chronic and debilitating pain in his chest days before his suicide according to Chuck, his brother.

Dick Trickle, 71, who died on Thursday from a self inflicted gunshot wound was so distressed by his mystery ailment that he visited doctors twice a day.

According to his brother, the popular racer became depressed by a discomfort under his left breast telling him that he “didn’t know how much longer he could take the pain”.

Preliminary autopsy results showed the Top Gun director had “therapeutic levels” of the anti-depressant Mirtazapine and the prescription sleep-aid Lunesta in his system.

It added Tony Scott did not have any serious illnesses, including cancer.

The findings shed no light on a motive for why Tony Scott took his own life.

It had been revealed previously that the director left notes behind in his car including messages to friends and loved ones, but did not explain his actions.

Initial reports after his death suggested Tony Scott had been diagnosed with inoperable brain cancer, but his widow Donna Wilson dismissed the rumors as “absolutely false”.

A coroner’s spokesman said the final report would be ready in two weeks.

At the time of his death, Tony Scott was reported to be involved in a number of film projects including a sequel to Top Gun, where Tom Cruise was expected to reprise his role as fighter pilot Maverick.

Fox News has apologized for showing a man fatally shooting himself in the head on live television.

Fox News on Friday was covering a high-speed chase that began in Phoenix, Arizona, using a live helicopter shot.

After driving for dozens of miles into the desert, the motorist stopped and ran on to a dirt road. He then put a handgun to his head and fired.

TV anchor Shepard Smith later apologized to viewers for not cutting away.

“We really messed up,” he said.

Phoenix police say the chase may have started with a car-jacking.

Fox News on Friday was covering a high-speed chase that began in Phoenix, Arizona, using a live helicopter shot

Police spokesman Sgt. Tommy Thompson said the man was alleged to have stolen the car from a couple at gunpoint outside a restaurant just before 11:00 local time.

Police tracked down the car and began pursuit. The driver fired several shots at the police car, but no officers were hurt.

The car travelled west on Interstate highway 10, before turning on to a dirt road about 70 miles (113 km) to 80 miles from the state border with California.

“He got out of the car and shot himself,” Sgt. Tommy Thompson said.

“Efforts to revive him were not successful and he was dead at the scene. We don’t have an ID yet.”

“We’re all very sorry,” said Shepard Smith after the incident.

“That didn’t belong on TV.”

Michael Clemente, executive vice-president of news editorial at Fox News, said the channel had taken pains to avoid distressing viewers but had failed.

“We took every precaution to avoid any such live incident by putting the helicopter pictures on a five-second delay,” he said.

“Unfortunately, this mistake was the result of a severe human error and we apologize for what viewers ultimately saw on the screen.”

Fox News Channel has a reputation for picking up car chases from its local affiliates and airing them live.

Making for gripping television, such footage often provides a short-term ratings boost as viewers tune in to see how they end, the Associated Press news agency notes.

It is not the first time that a suicide has been inadvertently broadcast live on American television.

It is common practice for broadcasters to delay live material by a few seconds as a control mechanism.