During the COVID-19 pandemic there are less people on the roads across Europe. With less cars and traffic, drivers tend to drive more recklessly. There has been an increase in accidents on the continent. In response to this, cities around Europe are taking steps to improve safety when the roads are emptier and people are driving faster. While each city has their own problem with road safety, all of them are creating their own solutions. A universal issue that is contributing to accidents and making more dangerous roads is speeding. Below are some of the stats about speeding and how various European cities are dealing with it.

Whenever roads empty, the speeding increases for those still driving. Furthermore, according to the personal injury claims law firm McGinley Solicitors, speeds have gone up during the COVID-19 pandemic. While speeds have increased, the number of accidents have gone up. This goes for accidents with cars, pedestrians, cyclists, and more. Speeding isn’t the only problem, people are also drinking and driving and getting on the roads during inclement weather. Driving under the influence also increases the speed of drivers and the likelihood that an accident will occur. The problems are multi-faceted, but so are the solutions. Each country and city has their own way of dealing with speeding, driving under the influence, accidents, and deaths in their own way.

Berlin is already known for being a forward-thinking and progressive city. It is a city of constant change and flux. It has been destroyed and rebuilt, evolving into a modern and accessible place to live. The city has responded to the increase in speed and accidents by temporarily widening the cycle lanes, allowing wider distance for cars and social distancing. The response is to create new space for pedestrians and bicyclists, but with so many vehicles in Germany some are not happy about the new roads.

40 percent less people are on the roads. The extra space and less traffic has provided safer situations for people who want to walk and cycle, but cars are also now having to avoid more pedestrians. Currently there aren’t really reliable numbers on how this will effect accidents between cars and pedestrians, but it seems clear cars are having to be more careful when they are driving these widened roads. It is a significant change, and not everyone likes change, but they are necessary in this ever-evolving pandemic.

Brussels is another progressive city that has responded quickly to the changing roads during the COVID-19 pandemic. The city has decided to lower the speed limit inside their main drag, the inner ring road. The speed limit will be lowered to 20 kmh. Brussel’s center is shaped like a pentagon, which makes it ideal for pedestrians. This means that pedestrians have space to move around, and bicycles can more easily maneuver. Again this creates more foot-traffic for drivers to navigate, but with so few cars on the road it makes for a socially distanced and traversable intersection. There are also concerns about the center becoming a meeting place. With social distancing, Brussels is learning how best to use their city.

Milan is also taking measures to open up traffic to pedestrians while making the roads safer for drivers. They are doing their best to open up the center for walking, closing 35km streets to cars. Like other Italian cities, Milan is changing its environmental regulations to make cities livable and social-distanced. While many city centers like Milan are closing to car traffic and opening up for pedestrians, there are still less cars on the highways and people are speeding, causing an increase in accidents.

Many large cities around Europe have begun rolling out cycling lanes that give cars and pedestrians more room. The city aims to create 650 kilometers of lockdown cycle lanes. This will not only provide space for social distancing, it will help commuters and others who are taking a ride for exercise. With fewer cars on the streets of the French capital, it provides a more regulated system of streets where drivers have to be careful with pedestrians around. This system, while it is becoming common, is especially suited to French society.

European cities around the continent are adapting to the new streets that have less cars and more pedestrians on them. Everyone is adapting to social distancing with less people on the roads and more people trying to get out of the house and other closed spaces. We all can learn how to adapt our cities like the ones above. 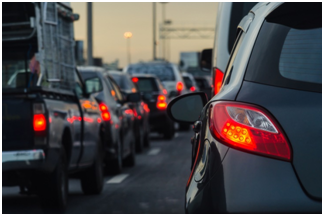 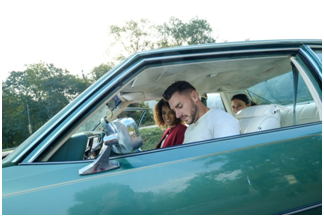