McDonald’s has started to use fresh beef in burgers sold at its US restaurants.

The fast-food chain is looking to improve food quality and ward off competition from premium burger chains.

Burgers containing fresh beef will be sold at most of McDonald’s 14,000 US restaurants by the end of June.

The move is part of bigger changes at McDonald’s, as new competitors, including burger chains such as Shake Shack, are using fresh ingredients to differentiate themselves.

As part of its turnaround efforts in recent years, McDonald’s has tweaked pricing and added to its menu. The fast-food chain has also ditched ingredients such as high fructose corn syrup in a bid to appeal to health-conscious customers. 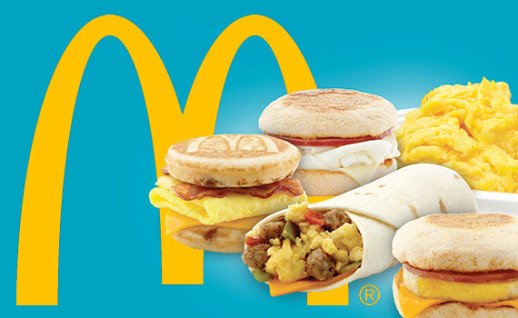 McDonald’s has been testing the appetite for burgers made from fresh beef for about a year. The premium quarter pounder and other offerings are now available at about 3,500 McDonald’s restaurants in the US, including in Miami, Orlando and Nashville.

These products are sold alongside existing burgers made using frozen meat.

McDonald’s US president Chris Kempczinski said that offering fresh beef was the most significant change to the restaurant chain’s menu since it started offering all-day breakfast in 2015.

Chris Kempczinski said: “If it slows down the drive-through, that’s the critical part of our business. And so we just had to spend a lot of time really making sure that as we were cooking only when someone ordered, we’d figured out a way to do it that wasn’t going to slow down service time.” The company is also getting ready to launch a new McMuffin made with egg whites.

McDonald’s is testing its new fast food products during a time of major transition for consumer goods companies in the US, as Nation’s Restaurant News reports.

McDonald’s posted its first monthly sales drop in nine years earlier this month, amid a loss of customers to rival chains such as Burger King. McDonald’s global same-store sales fell 2.2 per cent in October.

Soon after that sales drop made headlines, McDonald’s announced plans to replace its US president, Jan Fields, who has been with the company for more than 35 years and who drove the expansion of its popular McCafe drink menu.

“We feel that now was the right time to make a change in leadership for the U.S. business,” company spokeswoman Heidi Barker Sa Shekhem said on November 15.

McDonald’s chief executive, Don Thompson, recently told investors that slow growth and increased competition in the United States would be a “new normal” for the brand, requiring a greater emphasis on less expensive menu items.

Several factors are impacting McDonald’s declining sales, including the undercooked US economy and high unemployment among younger consumers who tend to favor fast food.

Other fast food chains, including Wendy’s and Yum! Brands, which operates KFC and Pizza Hut, have been suffering similar fates.

McDonald’s operates or franchises more than 34,000 restaurants worldwide, including more than 14,000 in the United States.