Let’s face it; some career choices are far more popular than others. Whether you’re a teenager thinking about the next steps to take or a parent trying to guide your kid doesn’t matter. The world of acting and politics are quite likely to feature quite highly on the list of dream jobs. And that’s in spite of the fact that they are two vastly different areas of expertise.

So, which arena should you aspire to break into? Let’s take a look. 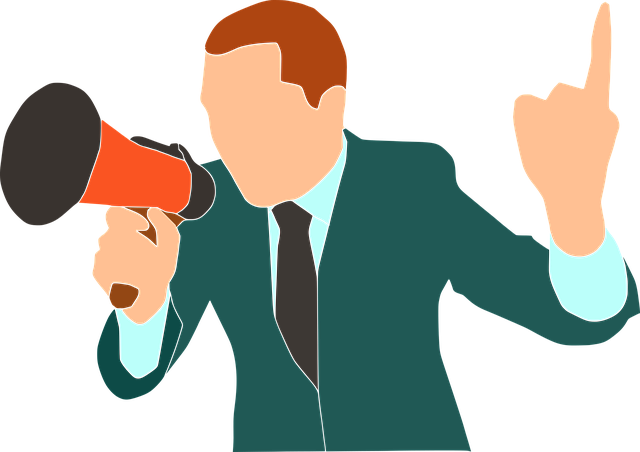 There’s nothing wrong with admitting that the financial rewards are at the very top of the wish list. After all, remuneration is ultimately the whole purpose of working in the first place. At the very top of the pyramid, both politicians and film stars can earn millions.

The average member of Congress, like Idaho Senate Mike Crapo, can command a net worth in the high six-figure value. While the Hollywood A-Listers can command seven-figure salaries for just one film, the average actor or actress will be far more modest. In fact, the early years of acting can potentially be lower paid than a standard job in retail.

Conversely, even the junior members of Congress are likely to receive a salary that sits higher than the national average.

Politics and entertainment are two industries that come under more scrutiny than any other. As such, being thick-skinned is crucial en route to the top. However, public disapprovals are one thing; insecurities within the job are another.

Achieving any status of real power in politics is tough, and can rely heavily on being voted in. However, there is a clear route to the top. In the world of acting, two people that start out with the same project could encounter vastly different trajectories. In many cases, contracts are very short too, making it difficult to achieve stability in life as well as careers. 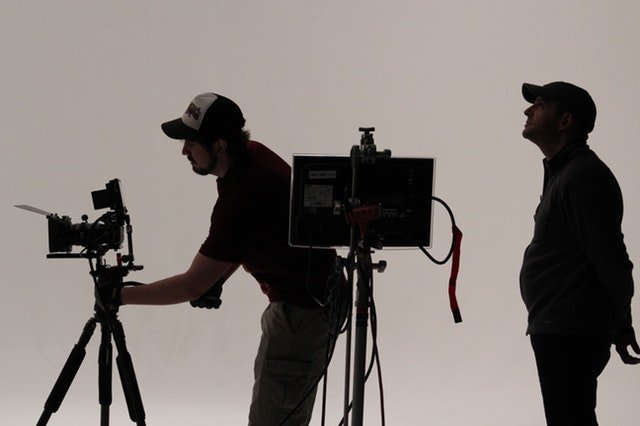 In both careers, though, there is a genuine fear that one foul move could ruin it all. Then again, many thrive off of that passion.

Anybody with a sense of ambition will view changing the world in a positive way as a huge factor in their career choice. You needn’t reach a huge audience to make a difference, as nurses and teachers show every single day. Still, the spotlight that comes with acting and politics is attractive.

Whether it’s a local governing position or President of the United States, political influencers have a huge chance to change lives. You can also set winning foundations for future generations in the process. But if you think films are incapable of inspiring people, the Oscars is an example of their importance. Meanwhile, titles like Black Panther can inspire cultural changes.

Whichever option you take, the chance to make a difference can be huge. While the two types of influence are very different, they are both of significant importance.

So, which path is best? In truth, there is no one right answer. Whichever one you feel most passionate about is the best solution. 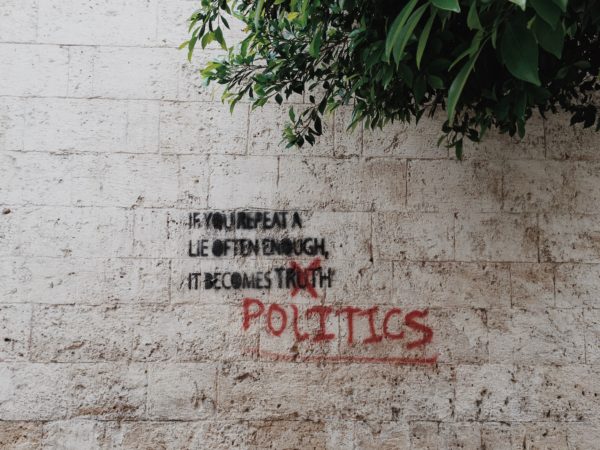 Over the last couple of years, politics around the world have been going through some major change. For the first time in history, digital technology can have a real impact on an election, and it isn’t just in the voter’s booth. Nowadays, social media and other online tools are major influencers when it comes to this field, with people using them as their main sources of news during elections and other races. From the outside, this might not seem so bad, as it gives everyone access to information they need. But, of course, there has to be a dark side, and this post is going to be exploring it for you.

The single biggest issue with digital technology being mixed with politics is ignorance. A lot of people working in this field aren’t of a generation which has been exposed to computers for their entire lives, making it far too easy for them to miss key factors when using them. A great example of this comes in the form of presidential candidate Hillary Clinton. Without proper knowledge of the technology being used, her team illegally accessed government emails from a private server. While this blow didn’t see Mrs. Clinton in jail, it still had a huge impact on her success in 2016’s elections.

When you find ignorance in computing, you often find that things will be insecure and easy to access, as users simply don’t have the knowledge to keep their data safe. While most countries have mandatory training for users of government machines, this sort of learning is rarely taken seriously, and mistakes are still made. This sort of issue can lead to data theft or loss, and has even seen information accidently given away, in the past. Of course, though, there’s not much point in learning about security if computers go without updates, anyway, and a lot of businesses don’t go through this process.

Of course, the impact that technology has on the world of politics isn’t all bad. In fact, in a lot of countries, keeping up with this field is only possible thanks to the power of modern tech, as it provides information to everyone with a phone. Along with this benefit, though, a lot of people don’t realize that voting has gone digital in quite a few places. Using tools made by companies like Smartmatic, loads of places are now relying on the internet to handle their elections. Security issues aside, this sort of system offers the chance for people unable to vote to have their voices heard, while also making instant counting possible without having to involve a single human. A lot of people are seeing systems like these more and more often.

Hopefully, with all of this in mind, it should be nice and easy to understand the problems with technology in politics. While there are benefits to the way the world currently works, there are also plenty of negatives which have to be considered. Of course, though, you only have to worry if things start to get really bad.

The thriving economies of countries in the Asia Pacific region remain threatened by political tensions that surface every time a sticky issue comes up. Japan and South Korea ties are less than friendly, despite both being US allies. China is at loggerheads with many of its smaller neighbors over territorial disputes and its aggressive militarization of the contested islands.

With President Trump scrapping the Trans-Pacific Partnership deal done by the previous administration, it would be wise for these Asian nations to band together, not to fight a superpower, but to find alternative solutions that would be favorable for them in light of the uncertainty of US policies that affect them.

Japan and China are two of the richest countries in the world, with the former generally viewed as “old money” and the latter as “nouveau riche.” Flattering or derogatory implications aside, it cannot be denied that both are the chief entities that make this once destitute eastern region now a powerful force in the international economic landscape.

It is therefore incumbent upon these countries’ leaders to rethink their differences and find ways to improve their relations. Achieving respectful politeness will pave the way for productive dialogues that will protect their solid global standing and safeguard the fiscal and defense forces’ stability not only for themselves but also for the other emerging Asian economies. Other than China’s military belligerence, the delusional leader of rogue nation North Korea is proceeding with his nuclearization goals, causing global agitation. Tokyo’s Abe Shinzo wields more influence in fixing the strained ties with China, his country being a long-time major US ally and a seemingly unsinkable force. But it won’t be an easy job for Abe, with the sitting US president flip-flopping on his views of Beijing’s Xi Jinping and giving the Japanese Prime Minister a politically induced headache.

Historical accounts allege that the fight for regional supremacy between the two countries already existed 1,500 years ago. China had the upper hand in geographical dimensions but Japan’s innovative progress in the 19th century and its victories in the Japan-Qing War in 1895 and over Russia in 1905 solidified its superiority over its Goliath-size neighbor. The Sino-Japanese bond was on friendlier footing in the mid-1970s to the ‘80s but events in the following decade cropped up that led to tensions that have not abated since then.

In the 1990s, nationalistic Japanese historians revised school textbooks to cast the nation in a better light and instill patriotism in the minds of the young children. Among the revisions were the downplaying of the crimes committed by the Japanese Imperial Army against its enemies in World War ll, including China, and the purported sanitization of the events that occurred in the Rape of Nanking in 1937. The number of people killed in that massacre has never been factually established and various counts put them between 40,000 and 300,000.

A thorny issue that has hounded the two countries is China’s insistence that Japan apologize for its WWll atrocities through financial compensation. But a book by author June Dreyer mentions an incontestable fact – 70 percent of Japanese aid in the 1980s went to China. The never-ending demand for apologies now does not solicit sympathy from the Japanese but has the opposite effect of annoying them.

Adding to the tensions is the continuing dispute between Tokyo and Beijing of ownership of the Senkaku Islands, or Diaoyu Islands as China calls them. The United States had given back control of the islands to Japan under the Okinawa Reversion Agreement. China, however, does not honor the agreement, insisting that the islands belongs to them. The long-held animosity escalated in 2012 when Japan purchased the set if islands from a private individual for more than 2 billion yen.

An accord that is mutually acceptable can put to rest these contentious issues if leaders Abe and Xi are open to rebuilding the damaged lines of communication. Further, Japan’s prime minister should nurture its relations with the new US administration and maintain the cordial ties it had with the previous resident of the White House. Pres. Trump’s vacillating moods now has him favoring Pres. Xi, and Abe must be careful not to offend him. Japan needs Washington and Beijing for economic and security soundness.

For its part, China should keep in mind that its current economic strength cannot continue if it repeatedly provokes other nations with its combative and hostile behavior. It should learn to respect the ruling of the Permanent Court of Arbitration denying its rights to the Spratly Islands in favor of the Philippines. Despite the court’s ruling in July 2016, China continued building artificial reefs and a military airfield on the contested land. and ignored several countries’ requests to abide by the legal decision.

Earlier this year, three China Coast Guard ships entered the waters around Senkaku Islands, which is the subject of a Japan-China territorial dispute. The move came days after US Secretary of State James Mattis paid a visit to Japan and reaffirmed its government’s support for Japan’s claim.

Notwithstanding the recent chill in relations, Abe and Xi have vowed to resume communication and restore healthy ties when the two met on the sidelines at the G20 summit in Hamburg earlier this month.