The image is shot in black and white, but Kristen Stewart’s back is covered with colourful flowers on a vine that wraps around her shoulders. 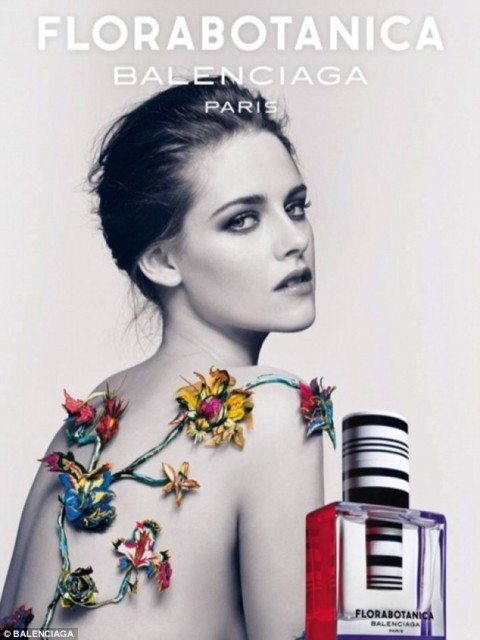 Kristen Stewart has been the face of Balenciaga fragrance since 2012

The actress has been the face of Balenciaga fragrance since early 2012 and became involved with the fashion house due to her friendship with former creative director Nicolas Ghesquiere.

When Nicolas Ghesquiere stepped down in November and Alexander Wang took the reins, it was speculated that Kristen Stewart would be dropped as the face of the fragrance.

In 2012 Kristen Stewart told Women’s Wear Daily she felt “lucky” to be a part of Florabotanica and added: “There is something natural about it. It’s very alive.”