A monster truck accident happened on September 28 in Haaksbergen, the Netherlands, when a vehicle ploughed into a crowd of onlookers at an annual motor show.

Three people were killed in the tragedy.

According to Hans Gerritsen, the mayor of Haaksbergen, other 18 people have been injured.

The third death was announced on September 29 and five are critically ill in hospital, following the event in Haaksbergen in Overijssel province.

Video footage shows the modified pick-up with outsized tires driving over a row of cars as part of the show, but then veering off course. 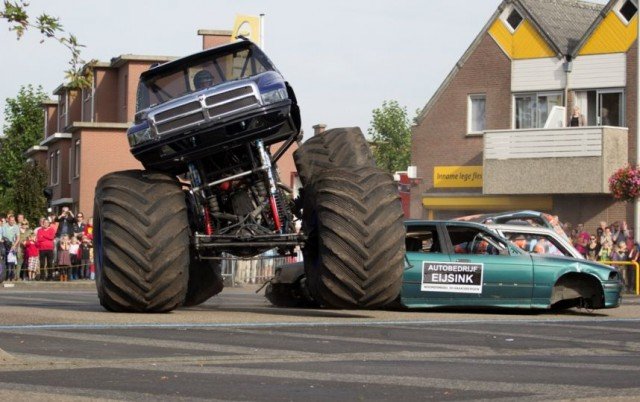 A boy, a man and a woman died.

Helicopters helped ferry the injured to hospitals in three nearby towns.

“A so-called monster truck drove into a crowd of spectators. A terrible accident with two dead victims,” town authorities said on their website on September 28.

Video of the accident posted on social media showed the truck revving hard and then riding over six cars before suddenly heading towards spectators who were separated from the show by metal barriers.

Screaming, some managed to get away but others had no time to escape.

The driver of the truck has been detained and an inquiry has been opened, police said, quoted by local media.

At least six people have been killed and other 47 injured after a monster truck has crashed into a grandstand after its brakes failed during Extremo Aero Show in northern Mexico, officials say.

Two children were among the fatalities at the Extreme Airshow in the city of Chihuahua, capital of the eponymous state bordering the US state of Texas, said municipality spokesman Jose Luis Dominguez. 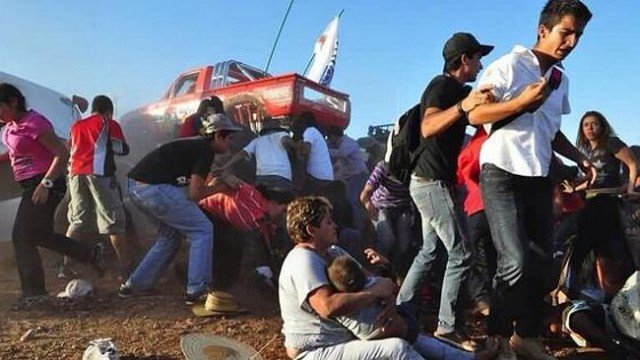 Some 3500 people attended the demolition show, in which pick-up trucks with giant tyres crush smaller cars, when the vehicle lost control and smashed into the stands at around 7 p.m. local time on Saturday, Jose Luis Dominguez said.

At least 35 of the 47 injured people were taken to hospitals. The park El Rejon, where the show took place, was immediately closed and helicopters and ambulances were dispatched.

It was the third annual airshow, which attracts 200,000 people on average and includes aeroplane stunts, skydiving and motorcycle acrobatics among other daredevil acts.