President-elect Joe Biden has won Georgia by 12,284 votes, according to the audit required by state law.

His narrow victory in Georgia will be officially certified by Republican Secretary of State Brad Raffensperger.

It comes as legal efforts by President Donald Trump’s allies to challenge his defeat were dismissed in three other states.

On November 20, Brad Raffensperger said he was disappointed that his party lost but that “numbers don’t lie”.

Joe Biden is set to take office in January as the 46th US president.

His victory margin in the public vote overall stands at more than 5.9 million. His victory in the Electoral College system is projected to be 306 to 232 – far above the 270 he needs to win.

President Trump has so far refused to concede and has made allegations of widespread electoral fraud, without providing any evidence.

The latest defeat comes as he has summoned Michigan state lawmakers to the White House on November 20 ahead of that state’s deadline to certify election results.

White House spokeswoman Kayleigh McEnany denied that President Trump was holding a campaign “advocacy meeting” with the lawmakers, saying it was instead a routine check-in with local officials.

On November 19, Georgia Secretary of State, Brad Raffensperger – who oversees the election process – said the hand audit of ballots had not altered Joe Biden’s victory in the state.

On November 20, the self-proclaimed Trump supporter went on to say: “Like other Republicans. I’m disappointed, our candidate didn’t win Georgia’s electoral votes.

“I live by the motto that numbers don’t lie. As secretary of state, I believe that the numbers that we have presented today are correct.”

The Democrats’ victory is their first in a presidential race in Georgia since Bill Clinton was elected in 1992.

The recount found the error rate was no greater than 0.73% in any county and Joe Biden’s margin of victory over Donald Trump remained at under 0.5%. The results will be certified on November 20.

Trump campaign senior legal adviser Jenna Ellis said the audit had gone “exactly as we expected” because, she said without evidence, the state had recounted illegal ballots.

Gabriel Sterling, a Republican who serves as Georgia’s voting system implementation manager, told CNN on Thursday: “One of the big complaints is these machines somehow flipped votes or changed votes or did stuff. They didn’t, at least not in Georgia. We proved it.”

During the audit this week, nearly 6,000 untallied votes were found – paring back Joe Biden’s lead slightly – but they were the result of human error and not fraud, Gabriel Sterling said.

Officials in Floyd County have fired their election manager over the matter, local media reported on November 19.

He was speaking after a virtual meeting with governors, including Democrats and Republicans, about the coronavirus crisis.

Asked about President Trump’s lack of concession, Joe Biden said the president was sending “incredibly damaging messages… to the rest of the world about how democracy functions” and that he would be remembered “as being one of the most irresponsible presidents in American history”.

Republicans lost their final lawsuit in Georgia as a court rejected their effort to block the results’ certification, which happened on November 20. The judge who dismissed the case was appointed by President Trump last year.

In Arizona, a judge rejected a lawsuit filed last week by the state Republican Party seeking a new audit of ballots in Maricopa County, home to Phoenix – the state capital and largest city.

In Pennsylvania, the Trump campaign lost their bid in state court to throw out more than 2,000 postal ballots.

At a briefing on November 19, Donald Trump’s lawyer Rudy Giuliani continued to lay out unsubstantiated conspiracy theories and accusations of electoral fraud.

He railed against the reporting of his team’s legal challenges, saying the media had shown an “irrational pathological hatred for the president”.

Rudy Giuliani also said the campaign was withdrawing its last remaining lawsuit in Michigan. He said it had achieved its aim of stopping the certification of the result in one key county.

The White House has reacted to Donald Trump’s claim of widespread voter fraud in the 2016 presidential election, saying that there is no evidence to support the allegations. 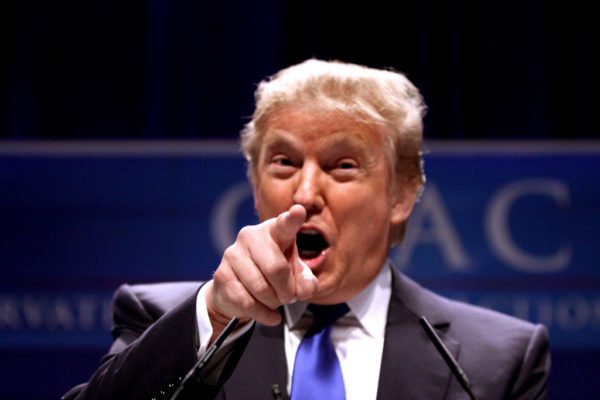 “What I can say, as an objective fact, is that there has been no evidence produced to substantiate a claim like that,” the press secretary told reporters at a White House briefing.

Donald Trump, who won the all-important Electoral College count, aired his grievances with the election result in a tweet on November 27.

“In addition to winning the Electoral College in a landslide, I won the popular vote if you deduct the millions of people who voted illegally,” he wrote.

Jill Stein also notified the elections board in Michigan, where Donald Trump’s 16 electoral votes were certified on November 28, that it would seek a statewide recount of the presidential election results.

Her campaign moved to do the same in Pennsylvania.

Donald Trump won by two-tenths of a percentage point out of nearly 4.8 million votes, making it the closest presidential race in Michigan in more than 75 years.

He is the first Republican presidential nominee to win Michigan since 1988.

Jill Stein’s recount effort was driven by the #recount2016 social media campaign, which has raised over $6.3 million.

Results would need to be overturned in Wisconsin, Michigan and Pennsylvania to alter the outcome of the November 8 election – something analysts say is highly unlikely.

Wisconsin Elections Commission has received a request for a recount of the votes in the state narrowly won by Donald Trump on November 8.

However, a win by Hillary Clinton in Wisconsin alone would not overturn Donald Trump’s lead – it provides only 10 votes in the crucial electoral college that gave Trump victory. 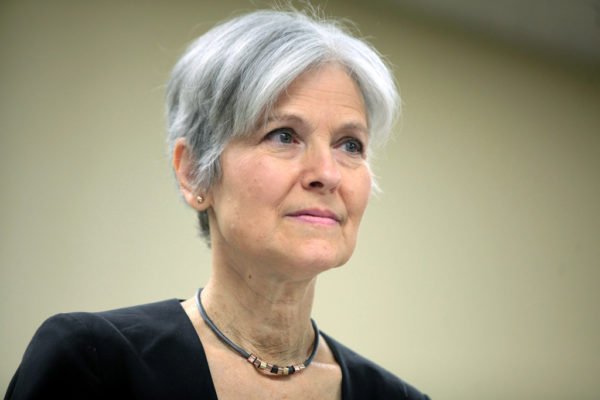 It added that details would be released shortly.

Meanwhile, Jill Stein tweeted that Wisconsin recount would begin next week. November 25 was the deadline for the request.

Her campaign needs to raise millions of dollars to cover the fees for the vote recount in all three states.

Jill Stein’s website says nearly $5.3 million has already been raised toward a $7 million target. It says this is enough to fund the recounts in Wisconsin and Pennsylvania.

The fact that the results in the three states were different from what polls predicted was “probably not” down to hacking, J. Alex Halderman said. Concerns over possible Russian interference had been expressed in the run-up to the vote.

“The only way to know whether a cyber-attack changed the result is to closely examine the available physical evidence ,” he wrote.

According to officials, there was no evidence of election tampering in the three states where Donald Trump had razor-thin victories over Hillary Clinton.

The Republican’s camp has made no public comments on the recounts issue.

Michigan is yet to declare final results.