Actor Mel Gibson will not be charged over allegations that he pushed and verbally abused Daily Telegraph’s photographer Kristi Miller in Sydney.

“At this stage, based on the evidence gathered, no formal action will be taken,” said a statement by New South Wales police.

Kristi Miller, 39, complained to police about an incident outside a movie theater on August 23, saying she thought Mel Gibson was “going to punch me”.

Mel Gibson’s publicist said the actor was “satisfied” at the police decision. 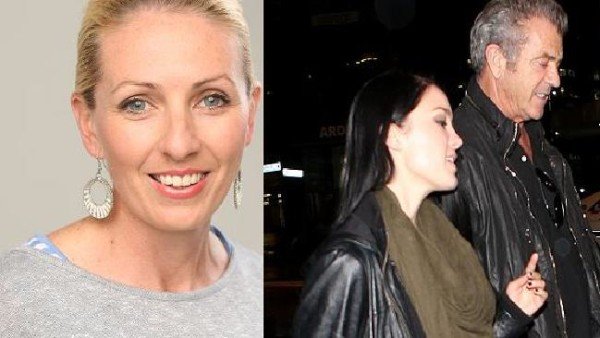 The star’s lawyer in Sydney, Christopher Murphy, was informed of the police decision not to press charges on September 3.

“Mel Gibson has totally denied from the onset these disgraceful allegations,” said a statement issued by publicists Rogers and Cowan.

“He is now satisfied that the police, after speaking to witnesses and reviewing CCTV footage and other evidence, have found there is no substance to the claim.”

Kristi Miller claimed Mel Gibson launched into a tirade after she took pictures of the actor and his 24-year-old girlfriend, Rosalind Ross, leaving an Israeli Film Festival screening at the Palace Verona Cinema in a suburb of Sydney on August 23.

Author Christopher John Koch, best known for writing The Year of Living Dangerously, has died of cancer in Tasmania at the age of 81, his agent Margaret Connolly confirmed.

The Australian author’s work came to wider attention when The Year of Living Dangerously was adapted into a Hollywood film, starring Mel Gibson and Sigourney Weaver.

However, CJ Koch believed some of his later novels were better.

“If a book is made into a film, they hang it around your neck forever,” he said last year.

“I’ve written other books since, that I think might be better, but people always come back to that one and it’s because it was a film,” CJ Koch told the Weekend Australian newspaper.

“That’s how much film dominates our culture.”

Christopher John Koch was born on 16 July, 1932, in Hobart, on the southern Australian island of Tasmania. 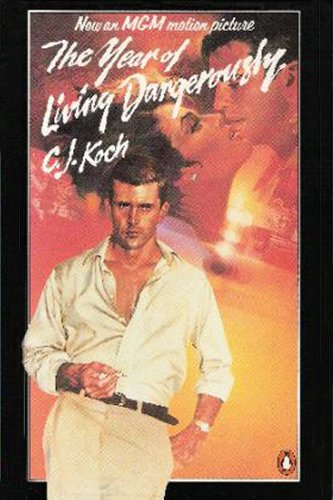 He left Hobart for Britain as a young man, detouring via south Asia. He worked in London for several years but returned to Australia after being told he would have to do national service in the British Army.

CJ Koch published his first novel, The Boys in the Island, in 1958, a coming-of-age story about a young man growing up in Tasmania but dreaming of moving to the mainland.

Positive reviews led to a creative writing fellowship at Stanford, where he studied alongside Larry McMurtry and Ken Kesey.

After more than a decade living in Sydney as a writer and radio producer for the Australian Broadcasting Corporation, CJ Koch devoted himself full time to writing in 1972.

The Year of Living Dangerously, published in 1978, follows a reporter after the fall of Indonesia’s Sukarno regime in 1965. The character was loosely based on CJ Koch’s brother Philip, who was a foreign correspondent.

It was adapted for the big screen in 1982, earning a best supporting actress Oscar for actress Linda Hunt’s portrayal of Hamilton’s male photographer friend and mentor, Billy Kwan.

Christopher John Koch was credited as a co-writer of the film’s screenplay, but he had a dispute with the director, Peter Weir, during the making of the movie – in particular over the casting of Hunt.

“My feeling was that it was worth a gamble,” Peter Weir, whose hits include Witness and The Truman Show, told the New York Times in 1983.

“But can you imagine how horrified Chris Koch must have been to hear that a woman was going to play his precious creation?”

Over the course of a 55-year career, Christopher John Koch wrote some eight novels, often exploring Australia’s relationship with its Asian neighbors.

Despite moving around for much of his life, CJ Koch eventually settled back in Tasmania, in the town of Richmond.

Last year, Christopher John Koch was diagnosed with cancer and given only weeks to live but went on to see his final novel, Lost Voices, published to critical acclaim in September 2012.

Christopher John Koch is survived by his second wife, Robin, and his son, the classical guitarist Gareth Koch, from his first marriage.

Actor Mel Gibson is now at the centre of speculation that he could be the biological father of Jodie Foster’s sons.

The rumors began when Jodie Foster, who has never revealed her boys’ paternity, thanked Mel Gibson, 57, for his support during her emotional speech at the Golden Globe awards last week.

And now the reports have been fuelled after the New York Post credited an “amateur genealogist” for saying Charles, 14, and Kit, 12, bear more than a passing resemblance to Mel Gibson.

Jodie Foster and Mel Gibson first became friends when they starred together in 1994 movie Maverick, before working together again on the more recent The Beaver in 2011.

They have formed such a strong friendship that Jodie Foster even name-checked Mel Gibson during her Globes speech, saying: “Mel Gibson – you know you saved me too.”

The camera flashed to Mel Gibson during her speech, and showed the actor wolf-whistling and applauding his friend.

In 2011, the actress told the Hollywood Reporter about Mel Gibson: “He’s so incredibly loving and sensitive, he really is.

“He is the most loved actor I have ever worked with on a movie. And he’s not saintly, and he’s got a big mouth, and he’ll do gross things your nephew would do.

“But I knew the minute I met him that I would love him the rest of my life.”

Jodie Foster added in a later interview that she would jump at the chance to work with Mel Gibson on another project in the future.

She said: “I think he is one of the greatest filmmakers in America that we have.

“That would be a shame, to never see that voice as a director.

“I look forward to anything that he makes whether he’s the boom operator, the actor or, especially, the director.”

Mel Gibson is already the father of eight children – seven by his ex wife Robyn – with one daughter Lucia, by former girlfriend Oksana Grigorieva from whom he split in April 2011.

Jodie Foster has previously insisted she won’t reveal the identity of her sons’ biological father until they turn 21.

However, there has previously been speculation that Jodie Foster’s late director friend Randy Stone, who was openly gay, could be the father.

Randy Stone died in 2007 following a battle with heart disease.

Hutton Gibson, the 93-year-old father of actor Mel Gibson, has filed for divorce from wife Teddy Joye Gibson after ten years of marriage.

Hutton Gibson has filed documents citing irreconcilable differences as the reason behind the split from Teddy Joye, who is said to be in her 70s.

Hutton and Anne Gibson had 11 children between them and he now has 50 grandchildren.

According to court documents, Hutton Gibson is asking his estranged wife to pay legal fees and also is asking her for spousal support. 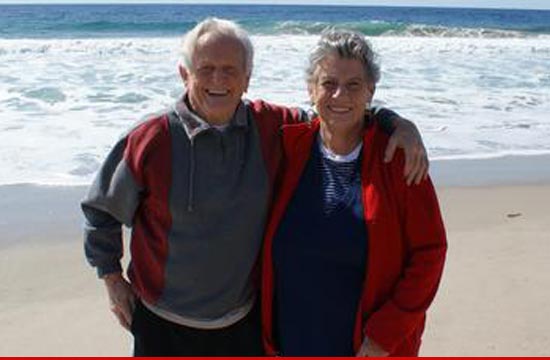 Hutton Gibson, the 93-year-old father of actor Mel Gibson, has filed for divorce from wife Teddy Joye Gibson after ten years of marriage

Hutton Gibson’s lawyer, Fahi Hallin told RadarOnline: “I’m hoping this divorce won’t be contentious. I’m not at liberty at this time to discuss why my client has decided to file for divorce, or why he is seeking spousal support.”

A devout Catholic, Hutton Gibson has been the subject of criticism for his controversial views on the Holocaust.

During an interview with the New York Times back in 2003, Hutton Gibson questioned how the Nazis disposed of six million Jewish people during World War 2.

“Go and ask an undertaker or the guy who operates the crematorium what it takes to get rid of a dead body,” he said.

“It takes one litre of petrol and 20 minutes. Now, six million.”