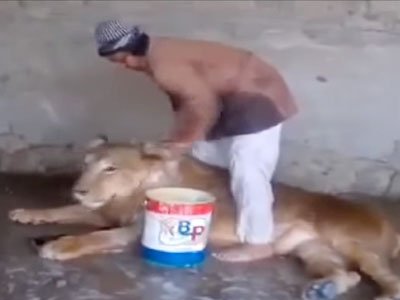 Visitors at the Dallas Zoo on Sunday were shocked as a male lion attacked and killed a lioness in front of them.

The male seized five-year-old Johari by the neck – an autopsy found she died from neck wounds and haemorrhaging.

Zoo officials said the lions had lived together peacefully for years.

They said they had no idea why the male had turned on Johari, but that they have no plans to euthanize him.

Video taken by a zoo visitor showed the apparently calm male lion with its jaws clamped around the female’s neck.

“Everyone thought they were playing at first but then they could see that she was struggling,” witness Jim Harvey told local news station WFAA. 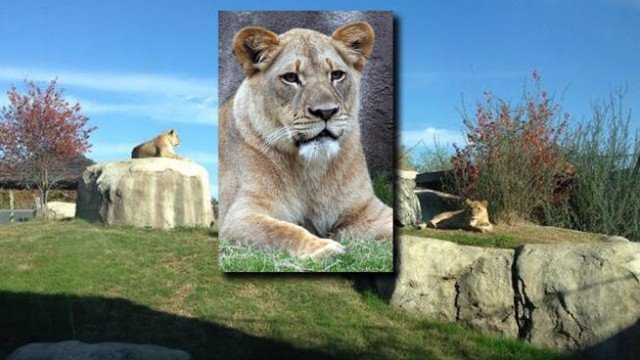 Security personnel closed the exhibit to the public and the male was removed.

“Johari was a remarkable animal, as are all of our lions” said Lynn Kramer, vice-president of animal operations and welfare at the zoo, in a statement.

“This is a very rare and unfortunate occurrence. In my 35 years as a veterinarian in zoos, I’ve never seen this happen.”

The statement said Johari, known as Jo-Jo, was a staff favorite who was “sweet and loving with her sisters, and often could be found grooming them”.

Lynn Kramer told WFAA that male lions do sometimes kill other males in the wild, and sometimes cubs, but that attacking a female was extremely rare.

The chances of such an attack happening again were “very remote”, said Lynn  Kramer.

However, the zoo has said it will keep its two males lion apart from the surviving two female while they try to establish what happened, and would “absolutely not” euthanize the killer.