Apple has decided to return another $100 billion to shareholders from its huge cash pile as solid iPhone sales helped revenues rise 16% to just over $61 billion.

The tech giant sold 52.2 million iPhones in the Q1 of 3018 – only a touch below expectations, despite waning global demand for smart phones.

Revenues at Apple’s services business that includes Apple Music and the App Store jumped almost a third to $9.1 billion.

Apple has about $145 billion in the bank, but plans to return the cash to investors.

After the announcement, the company’s shares rose 3% in after-hours trading on Wall Street.

Apple, flush with a huge cash pile on strong earnings boosted by the US tax cut plan of 2017, also announced a 16% boost to its quarterly dividend.

Overall, the company reported a 3% rise in the number of phones sold, while revenue from phones jumped 14%, reflecting more expensive models.

Some analysts had questioned whether demand for the most expensive iPhone would hold up after the initial rush.

However, Apple said the iPhone X was the best-selling model in every week of the quarter – despite costing almost $1,000.

The iPhone’s average selling prices came in at $728, below analyst expectations of $742.

On a call with financial analysts, Apple’s CEO Tim Cook dismissed concerns about soft demand for smart phones, pointing to the millions of people who still do not own one.

He said on a call with investors: “We still believe that over time every phone sold will be a smart phone, so it seems to us… that’s a pretty big opportunity.”

The iPhone continues to account for the bulk of Apple’s revenues at just over 62% of the total. Sales of iPads rose 2% to 9.1 million units compared with the same period last year, while Mac sales slipped 3% to 4.07 million.

The company’s overall profits in the quarter were $13.8 billion, up a quarter from the same period in 2017.

Apple’s revenue hit a record for the Q1 of 2018, which follows the Christmas rush and is traditionally one of the company’s weaker periods.

Sales growth of more than 20% in Japan and the greater China market – a critical area for the company – helped to lift the numbers. 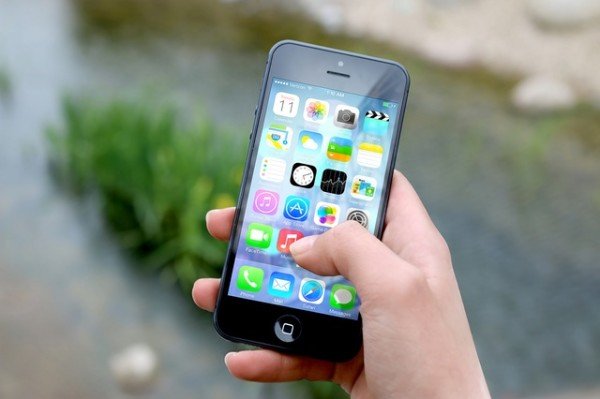 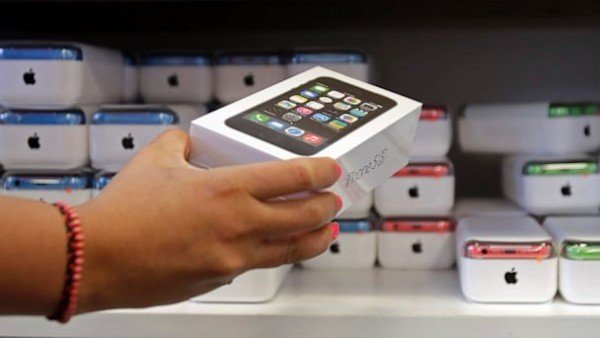 Apple has posted a record jump in profits in Q2 2015 as demand for iPhones soared.

The third quarter is typically the slowest for iPhone sales because many customers put off buying new phones, on the expectation of a new model.

Analysts blamed the fall on disappointment about Apple’s revenue forecasts for the fourth quarter, which were slightly lower than expected, as well as the firm’s profits being too heavily dependent on the iPhone.

Apple is forecasting revenue to be between $49 billion and $51 billion in the fourth quarter.

Demand for iPad tablets remained weak, with Apple selling 10.9 million, down 18% from a year earlier. 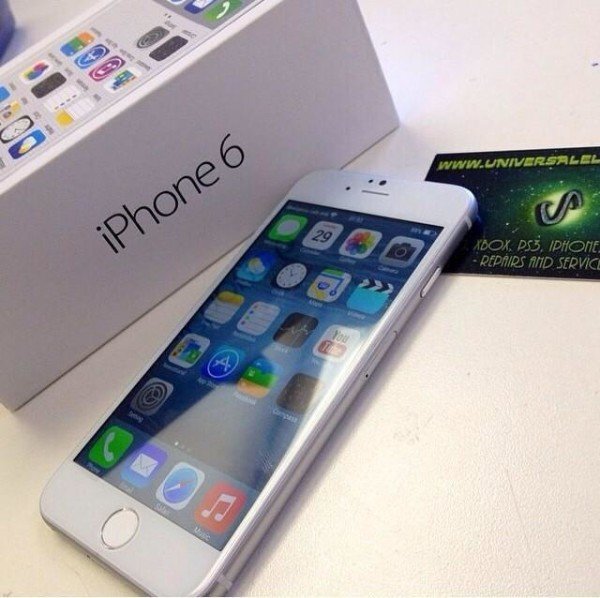 However, Tim Cook also said the Apple Watch had had a “great start”, in the first indication of how well the company’s first piece of wearable technology was selling.

Apple’s chief executive said last autumn that he did not want to reveal detailed figures for the watch, which went on sale on April 24, to avoid giving competitors inside information.

Apple said that revenue from “other products”, which includes the watch as well as products such as the iPod and its Beats headphones, came to $2.6 billion – about $952 million higher than the previous quarter.

Chief financial officer Luca Maestri said that revenue from the watch amounted to “well over'” that $952 million increase.

Sales of the watch in the first nine weeks had exceeded those of both the iPhone and iPad after they were first launched, he added.

Apple said its gross margin – the difference between the amount it spends on making the products versus how much consumers pay – was 39.7%, up slightly on a year ago.

The technology giant also continued to do well in the China market – defined by Apple as China, Hong Kong and Taiwan.

Sales doubled year-on-year and accounted for more than a quarter of Apple’s total third-quarter sales.

The jump should help to reassure investors that demand in China remains robust despite fears the market is close to saturation point.

The iPhone 6 and 6 Plus, which smashed iPhone sales records when they were launched last year, are now 10 months old.