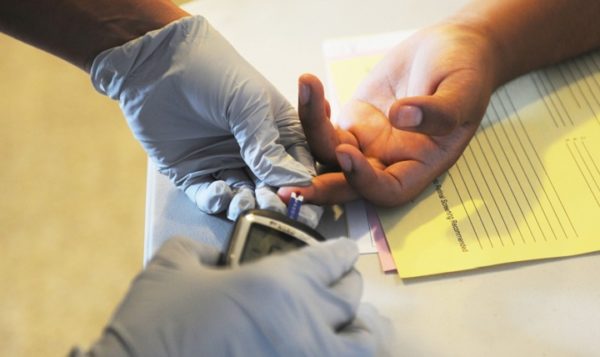 A recent study conducted by scientists based in Sweden and Manchester has found that patients with diabetes are up to 31% more at risk of developing cancer, and also have a worse chance of surviving that cancer. As a result, the early detection of diabetes is crucial, so that potential links to cancer can be discovered earlier.

Diabetes is a disease where the body does not make enough insulin, or use insulin well. Insulin is a hormone made by the pancreas which helps to process glucose (sugar) in the blood stream. When the blood stream has too much sugar, or too little sugar in it, this can be a problem for people with diabetes.

In the UK, the incidence of diabetes has doubled in just 20 years, which makes it a very serious and fast-moving health issue for the population.

The increase in diabetes is not well understood, but a big factor is that obesity also increases the risk of people developing type 2 diabetes. As obesity in the population becomes more prevalent, type 2 diabetes does as well. Some data suggests that the actual percentage of the population with diabetes is higher than what is reported, due to people being misdiagnosed or living with currently-undiagnosed diabetes.

The Link between Diabetes and Cancer

Diabetes alone is a major health issue that can have serious and even fatal impacts on people’s lives. Recent research showing links between diabetes and cancer makes the problem more complex, and more serious. The mechanism between diabetes and cancer is not well understood, but scientists believe that high amounts of sugar in the blood could lead to DNA damage, which could result in tumours.

“The relationship between diabetes and pancreatic cancer is quite complex,” notes Lynn Matrisian, chief science officer at the Pancreatic Cancer Action Network (PanCAN). She explains that “diabetes can be both a risk factor and an early symptom of pancreatic cancer.”

How Can These Problems Be Prevented?

A representative from a medical malpractice solicitors firm also explains that “It’s important for health professionals and the public to be aware of the link between diabetes and cancer, as the misdiagnosis of type 3c diabetes is a major problem”. Without diagnosis and detection, patients cannot be treated quickly and well.

Hulda Hrund Bjornsdottir from the Swedish National Diabetes Register (NDR), who completed research on the link between diabetes and cancer, emphasises that “with the number of people with type 2 diabetes doubling over the past 30 years our findings underscore the importance of improving diabetes care. Eating a healthy diet, getting plenty of exercise and maintaining a healthy weight are important factors in diabetes prevention and furthermore cancer prevention.”

Some of the additional steps you can take include stopping smoking and abstaining from alcohol. Patients with diabetes are recommended to go through additional evidence-based cancer screening, with particular focus on groups more at risk due to sex or age.

If you have been diagnosed with diabetes, talk to your doctor about this link between cancer and diabetes, and be aware of symptoms. Make sure you take the above measures to protect and enhance your health, and keep aware of how to manage your diabetes in an effective way. With greater awareness and discussion of these issues, prevention can be better targeted and more likely to succeed.

US scientists have recently identified a possible genetic link between diabetes and Alzheimer’s disease.

It has been known for some time that people with diabetes have a much higher risk of developing Alzheimer’s, but not why this is so.

Now researchers writing in Genetics say a study of worms has indicated a known Alzheimer’s gene also plays a role in the way insulin is processed. Alzheimer’s is the most common cause of dementia.

There are medications which can slow the progress of the disease, but none that can halt its progress.

A key indication of Alzheimer’s, which can only be seen after death, is the presence of sticky plaques of amyloid protein in decimated portions of patients’ brains.

Scientists have already found mutations in a gene involved in the processing of amyloid protein in Alzheimer’s which run in families.

In this study, a team from the City College of New York looked at a similar gene in the nematode worms (C. elegans).

These worms are often studied because they, perhaps surprisingly, a useful model for human research.

The researchers, led by Prof. Chris Li, found the gene in the worms also affected the insulin pathway – the chemical reactions involved in its production and processing.

“The insulin pathways are involved in many metabolic processes, including helping to keep the nervous system healthy.”

She said more work was needed to investigate this potential link and its effects further.

Mark Johnston, editor-in-chief of the journal Genetics, said it was “an important discovery”.

“We know there’s a link between Alzheimer’s and diabetes, but until now it was somewhat of a mystery.

“This finding could open new doors for treating and preventing the disease.”