Marriage is a wonderful thing, and being wed to the person you love is the culmination of all that is great about a relationship. However, even the strongest of marriages can endure problems, and cheating is a big issue in modern relationships. After one spouse has betrayed the other and cheated it might seem like there is no way back. But, if you want there to be, you can repair your marriage – it will take work though.

If you feel the relationship is worth salvaging there are options open to you, and you and your partner will have to work on them. It’s essential that you move forward together positively, and try to get the relationship back to what it was before. These are some of the best ways to repair your marriage after your spouse has cheated. 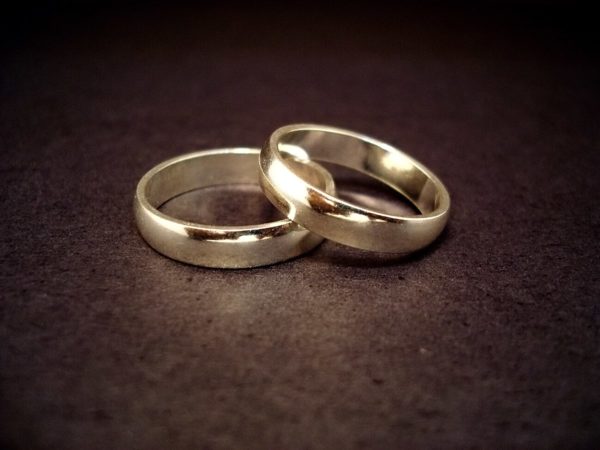 The best step to take initially is to enter into some sort of couple therapy. This is crucial for voicing concerns and grievances in a controlled environment, and that’s why you have to do what you can to follow professional guidance. You should both agree to undergo some sort of counseling to help you work on your differences and move forward together as a married couple. This is one of the most important ways of helping get your marriage back on track, hence why you need to look into doing it.

You also have to do whatever you can to try to build the trust back as well. After your partner has cheated, this is going to ruin the trust in your marriage. You have to work together to try to rebuild this as much as you possibly can. You’ve already seen the messages, carried out the phone number search, and confronted your partner. They’ve confessed to cheating, and now it’s time for the next stage of the process. Until the trust is rebuilt it is impossible to ever move on or get back to the place you were at before. Don’t forgive unless you are prepared to trust your spouse again.

Another thing that can help a lot is ensuring you make more time for one another. So many married couples drift apart because they are always busy and don’t take the time to be together. This is often what can drive one spouse to be unfaithful, so it is important that you work on this as much as possible. By making more time for one another you can grow as a couple and strengthen your marriage so there is less chance of infidelity happening again.

Cheating can be very destructive in a marriage, but it is still possible to save what you have built together. There are so many different avenues married couples can explore if they want to get things back on track. You have to be willing to forgive your partner’s adultery and work together with them in order to help rebuild and strengthen your marriage bonds. Cheating is never pleasant, but there are things you can do to help repair your marriage after the fact.

Lamar Odom was seen loading a sizable amount of luggage into his car on Wednesday.

Lamar Odom, 33, was seen standing by while a man packed two large suitcases and some smaller bags into the trunk of his white Mercedes-Benz in Calabasas, California, amid rumors his wife Khloe Kardashian has filed for divorce following persistent rumors of his infidelity.

The basketball star was seen standing outside a gas station supermarket wearing khaki shorts and a white top as the man loaded the luggage into the trunk of the car.

Lamar Odom is likely not leaving for training as basketball season is over and the pre-season only starts in October. He also hasn’t yet given the LA Clippers an answer as to whether or not he’ll play for them this coming season.

Once the luggage was packed, he was seen getting into the luxury vehicle and driving off.

Lamar Odom was no doubt relieved to hear that he will not be prosecuted for destroying a photographer’s equipment.

The LA City Attorney will not file vandalism charges against that star for trashing a cameraman’s equipment last month in Hollywood, according to TMZ. Instead, an informal hearing will be held in the City Attorney’s office. Meanwhile, his wife Khloe Kardashian has allegedly threatened to file for divorce from the sportsman.

Khloe Kardashian, 29, is furious that her husband of four years has been accused of having affairs with two different women and has told him she will file for a legal separation if more cheating rumors surface.

A friend close to Khloe Kardashian, who is reportedly worth $18 million, told Life and Style magazine that the reality star is “humiliated and p***ed off” about allegations Lamar Odom cheated on her with Jennifer Richardson for a year until March 2013 and also had a six-week long affair with lawyer Polina Polonsky at the start of the summer.

The insider said that Khloe Kardashian and Lamar Odom, who has an estimated fortune of $56 million from his 14-year basketball career, signed a pre-nuptial agreement with a built-in cheating clause that would see her secure $500,000 for every year they were married if he is unfaithful to her.

The source added: “With both mistresses coming out, she can’t handle much more. If more women come forward, she will do it.

“[Although] Khloe is a strong girl, the cheating rumors have really worn her down.”

Kris Jenner recently said: “Khloe and Lamar are absolutely not getting divorced. There’s been no talk of divorce.”

Other sources close to the couple, who got married just one month after they started dating, also insisted that Khloe Kardashian has not even spoken to a divorce lawyer.

Lamar Odom has been hit with fresh infidelity claims, as Star Magazine reports to have proof that the professional basketball player cheated on wife Khloe Kardashian with lawyer Polina Polonsky.

The website also claims that Polina Polonsky passed a lie detector (polygraph) test to prove she is telling the truth.

According to Star magazine, Lamar Odom and Polina Polonsky first met at Los Angeles’ Roosevelt Hotel on June 2nd, where the sportsman had been staying for a week amid marital difficulties with Khloe Kardashian.

Brunette Polina Polonsky, who claims to have had a six-week long affair with Lamar, claims she had her first kiss with him on June 9th, before consummating their romance on June 13th at her apartment. Khloe Kardashian and Kris Jenner then found the right room and reportedly confronted Lamar Odom, who was on his own as Polina Polonsky was at her apartment at the time.

A cheating man can only hide his cheating ways for so long before he gets caught. The longer a man cheats, the higher probability he will get caught. In this busy day and age, it is difficult to carry on more than one relationship. However, with inventions like the internet, accessibility to willing partners has become easier than ever. There are various ways of how to tell if your man is cheating. We have listed the top 10 signs of a cheating man below. How to know if your man is cheating? If your man exhibits any of the below, it may be time to take a closer look.

1. He spends less time with you. A cheating man must use the excuse of working long hours, extra meetings and dinners or other unexplained functions so he will have time with his “other” woman.

2. He isn’t as affectionate any more. Your sex life is almost non-existent because of his other commitments. He doesn’t want to cuddle, watch a movie, hold hands or do many of the touchy things he used to.

3. He changes his physical appearance. A cheating man usually starts buying new clothes, gets a new hair style or begins working out because he wants to be attractive to the other woman in his life besides you.

4. Car changes. The passenger seat in the car has been moved or there is an unknown hair on the car seat. Perhaps the radio station is on an irregular station because that’s what she likes. Top 10 signs of a cheating man

5. Cheating man becomes more short-tempered because of the guilty feelings as a result of the infidelity. Things that usually did not bother them suddenly start bothering them.

6. A cheating man may smell of perfume, smoke or alcohol, especially if he hasn’t had time to change them from meeting with her.

7. Behavioral changes. A cheating man frequently becomes defensive when questioned about his whereabouts. He may turn it around to accuse you of being insecure, possessive or snoopy.
8. Cell phone changes. A cheating man cannot leave his telephone turned on when with you because his other woman may phone him. He may leave the room to have a telephone conversation or say strange things after he picks up a message from his lover. Watch for calls in the middle of the night. If you have access to his telephone bill, check it closely. Look for repeated unknown numbers, times and durations.

9. Computer usage changes. A cheating man may utilize a computer to seek out partners or communicate with. If your man is on his computer for long periods of time at night and he closes the door so you won’t see him, he may be communicating or chatting with his love interest.

10. Changes in spending habits. You can tell if your man is cheating if he is suddenly always broke. He’s broke because he is spending all of his money on the other woman. Watch as to whether he is paying with cash and making more frequent ATM withdrawals to cover his paper trail. Check any receipts, bill’s or stubs that you may have access to. Once you know if your man is cheating or not, make sure you have a plan of action that you will take after you accuse him. You need to decide whether it’s time for you to move on or whether this relationship may be worth a second chance.