Maria, now a category one hurricane, is expected to become a dangerous major hurricane as it nears the Leeward Islands in the Caribbean.

It will rapidly strengthen over the next 48 hours and will hit the islands on September 18, the US National Hurricane Center (NHC) says.

Hurricane Maria is moving roughly along the same path as Irma.

Warnings have been issued for Guadeloupe, Dominica, St Kitts and Nevis, Montserrat and Martinique.

A hurricane watch is now in effect for the US and British Virgin Islands, St Martin, St Barts, Saba, St Eustatius and Anguilla.

Some of these islands are still recovering after being hit by category 5 Hurricane Irma, which left at least 37 people dead and caused billions of dollars’ worth of damage.

In its latest update, the NHC says Maria has maximum sustained winds of 85mph. 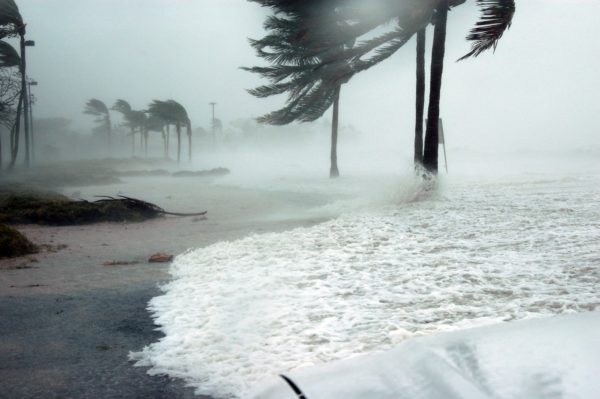 Maria’s eye is 140 miles north-east of Barbados, and Maria is moving west-northwest at about 13mph.

The NHC says: “On the forecast track, the centre of Maria will move across the Leeward Islands late Monday and Monday night and then over the extreme north-eastern Caribbean Sea Tuesday and Tuesday night.”

The most southerly point of the Leeward Islands – where Maria will first strike – include Antigua and Barbuda. The latter island was evacuated after being devastated by Irma.

The NHC says that “a dangerous storm surge accompanied by large and destructive waves will raise water levels by as much as 5-7ft above normal tide levels near where the centre of Maria moves across the Leeward Islands”.

It also forecasts a maximum potential rainfall of 20in across the central and southern Leeward Islands – including Puerto Rico and the US and British Virgin Islands – through to Wednesday night.

“Rainfall on all of these islands could cause life-threatening flash floods and mudslides,” it warned.

Earlier this month, Hurricane Irma left more than two-thirds of homes on the Dutch side of the island of St Martin (known as Sint Maarten) uninhabitable, with no electricity, gas or drinking water.

The French government has said its side of St Martin – known as Saint-Martin – sustained about €1.2 billion ($1.44 billion) in damage, with nine deaths across Saint-Martin and nearby St Barts.

On the British Virgin Islands, entire neighborhoods were flattened.

After a visit to the area, British Foreign Secretary Boris Johnson described the damage as something “you see in images of from the First World War”.

Virgin boss Richard Branson, who has a home in the Virgin Islands, has been tweeting ahead of the storm’s predicted arrival, warning people to stay safe.

Hurricane Irma also hit the US, with 11 deaths being linked to the hurricane. Nearly 6.9 million homes were left without power in Florida, Georgia, North Carolina, South Carolina and Alabama.

A second hurricane, Jose, is also active in the Atlantic, with maximum sustained winds of 90mph.

The center of the storm was about 335 miles south-east of Cape Hatteras in North Carolina, the NHC said in its advisory on September 17.

Tropical storm watches have been issued for parts of the north-eastern US.