The ever growing problem of homelessness in America is at an all time high, with record breaking figures staring at us right in the face. There is little action being done to help the state of our streets as we walk by thousands of lonely, cold and poor people who are forced to reside on our roads. Each evening, it has been quoted by the National Alliance to End Homelessness that over five hundred thousand people are forced to sleep outside or seek out an alternative overnight arrangement, whether that is an emergency support shelter or a transitional housing unit. This is no way for anybody to live and it is safe to say that homeless people are being treated poorly in this day and age.

The world is developing at an astounding rate and even with billions of dollars being shelled out on new technologies and buildings there still doesn’t seem to be enough money in the budget to help out those who are struggling each and every day. The problem is quite simple appalling and America is doing little or nothing to address the escalating disaster. With the cost of living increasing each and every second it is becoming more and more difficult for people to keep up with rental payments. No matter how hard people are attempting to make ends meet, they are simply being forced to spend their time on the streets as nobody is around to listen to them. 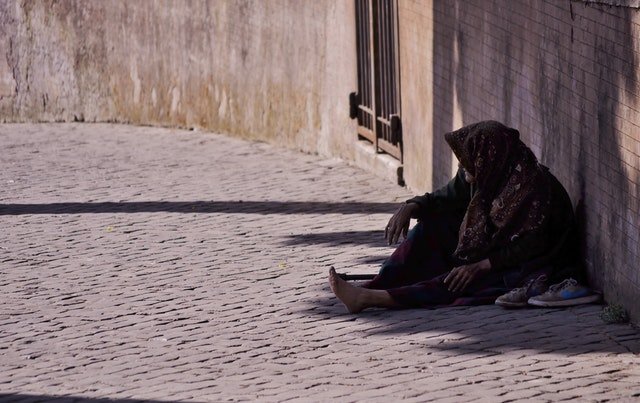 Over the years there have been inhumane laws passed, which have made it illegal to sleep in public places, live in vehicles and share food. The hard work from teams at Habitathm.ca are trying to create homes for those who need it, but no matter how hard these companies try and do good for the country, the laws are stopping every day people from helping those in need on the streets. Ending the the bout of homelessness is a long-term and complex problem which can only become better over time. More money and effort needs to go into financing these groups who are helping to build safe shelters and homes for people.

In the colder states it is becoming increasingly disturbing at the number of health issues that homeless people are facing, due to adverse weather conditions. Some states are even issuing fines and carrying out arrests for those who are feeding the homeless without permission. These places include Daytona Beach, Atlanta and Houston. But what sort of world are we living in where we can’t offer kind gestures and help those who are suffering? Activists are infuriated that they are no longer allowed by law to help the local people they come across on the streets every day. Just a few days ago a group of twelve people called ‘Break The Ban’ were arrested in broad daylight for feeding their city’s homeless population.

Ultimately, these groups will keep fighting for the cause they believe in and it will be up to the states whether they become more lenient with their laws and allow them to carry out dutiful gestures to those who are most in need.

A video has captured the moment LAPD officers shot and killed a homeless man during an altercation at a homeless camp in central Los Angeles.

The footage shows a violent struggle between the man and several officers in the city’s Skid Row area.

Police say that three officers opened fire after the man tried to grab a gun from an officer.

The dead man, known on the street as Africa, had been homeless after treatment for mental illness. The LAPD said officers had been responding to reports of a robbery and had attempted to use a Taser to subdue the suspect but he had “continued fighting and resisting”.

No other gun was recovered at the scene, LA police commander Andrew Smith said.

Last year, highly publicized killings of black men sparked weeks of protests in the US.

Hours after the latest shooting, the hash tag #LAPDShooting was trending on Twitter in the LA area.

“As if the homeless aren’t victims enough due to economic violence/marginalization, we have cops to shoot them point blank. Ugh,” wrote one tweeter.

Andrew Smith added that at least one of the police officers had been wearing a body camera.

According to an ABC News report, the three officers have placed on leave pending the outcome of an investigation into the shooting.