Malaysia Airlines and the Malaysian government are being sued by two children whose father, Jee Jing Hang, was on MH370 flight that disappeared on March 8.

It is believed to be the first legal case filed in Malaysia since the incident.

The lawsuit accuses the civil aviation department of negligence for failing to contact the plane within a reasonable amount of time after it disappeared.

Flight MH370, from Kuala Lumpur to Beijing, had 239 people on board.

They are suing the national carrier for breach of contract, saying it failed to take all measures to ensure a safe flight. They are also suing civil aviation authorities, the immigration department and the air force for negligence. 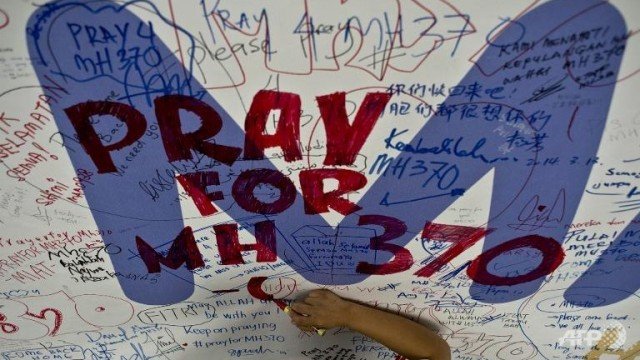 Flight MH370, from Kuala Lumpur to Beijing, disappeared with 239 people on board

“We have waited for eight months. After speaking to various experts, we believe we have sufficient evidence for a strong case,” said their lawyer Arunan Selveraj.

“A big plane missing in this age of technology is really unacceptable,” he said.

The legal team said they would seek damages but did not give a figure.

In March a civil action case was brought in the US by a law firm on behalf of relatives. But a judge dismissed it, calling it an improper filing.

The Malaysian government believes MH370 ended its journey in the southern Indian Ocean, in seas far off the Australian city of Perth.

But there is no explanation yet for what happened to the plane or caused it to stray so far off course.

Despite extensive searches coordinated by Australian authorities, no wreckage of any kind has been found yet.

Some legal experts say this could hamper any lawsuits filed, as it leaves much to speculation.