According to the World Health Organization (WHO), “drastic action” is needed to contain the spread of deadly Ebola in West Africa.

Nearly 400 people have died in the Ebola outbreak which started in Guinea and has spread to neighboring Sierra Leone and Liberia.

It is the largest outbreak in terms of cases, deaths and geographical spread.

The WHO said it was “gravely concerned” and there was potential for “further international spread”. 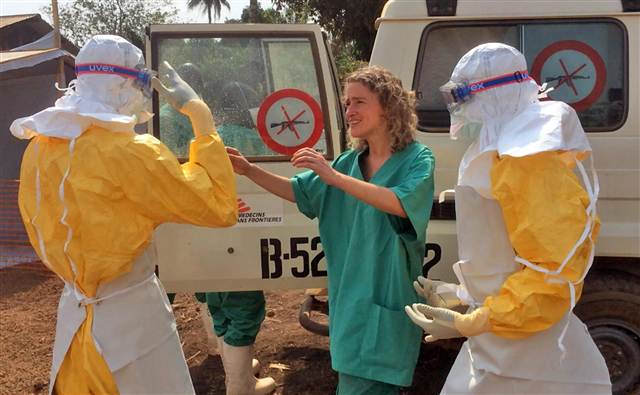 The Ebola outbreak started four months ago and is continuing to spread.

So far there have been more than 600 cases and around 60% of those infected with the virus have died.

Ebola, a hemorrhagic fever, has no cure and is spread by contact with the fluids of infected people or animals, such as urine, sweat and blood.

Most of the deaths have been centered in the southern Guekedou region of Guinea.

The WHO has sent 150 experts to the region to help prevent the spread of the virus but admits “there has been significant increase in the number of daily reported cases and deaths”.

Dr. Luis Sambo, the WHO’s regional director for Africa, said: “This is no longer a country-specific outbreak, but a sub-regional crisis that requires firm action.

“WHO is gravely concerned of the on-going cross-border transmission into neighboring countries as well as the potential for further international spread.

“There is an urgent need to intensify response efforts…this is the only way that the outbreak will be effectively addressed.”

The charity Medecins Sans Frontieres (MSF) has already warned that the Ebola outbreak is out of control.