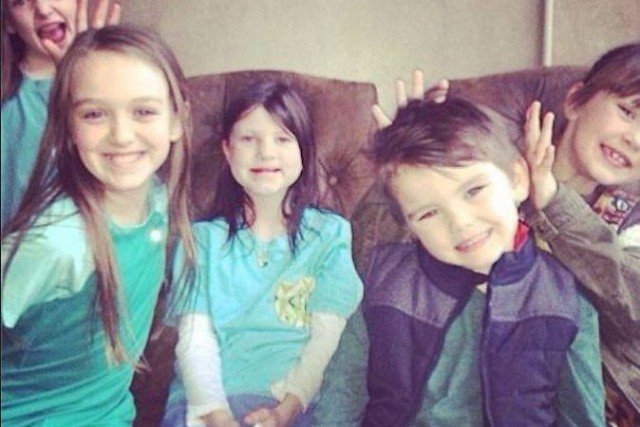 Phil Robertson’s sister and brother-in-law Gordon showed up early for the reunion.

Gordon shows up in a pink polo and khakis.

When Gordon says he’s a better shot than Phil Robertson at duck hunting. After a getting a mud baptism and borrowing some stinky old hunting clothes, it turns out polo-wearing Gordon isn’t as good as a hunter as he made himself out to be. He does get one duck, redeeming himself slightly in Phil Robertson’s eyes, but it’s doubtful the “yuppie” will be invited back to the duck blind.

In the end, there’s a big bunch of extended family, a lot of camo and beards, a couple of semi-professional wrestlers to spar against, a ton of food and a very brave Mia Robertson who won’t be able to eat solid food for a three months.

Before Mia’s surgery, Jase and Missy Robertson give her the option to do whatever she wants as a big send off. After hearing about some famous Uncle Willie and her father’s wrestling matches, Mia Robertson chooses a big family reunion, with all of the extended cousins as well. 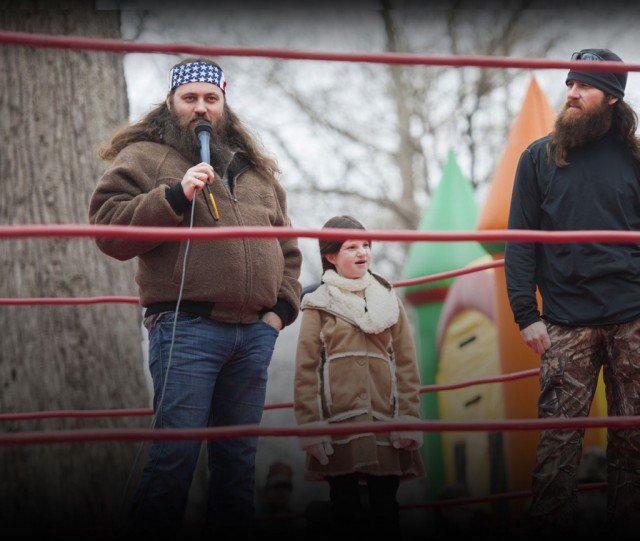 First they have to set up for the shindig, and Jase Robertson doesn’t want to let Mia down.

While he doesn’t like decorating, Jase Robertson is making this event count.

Jase and Willie Robertson rent a full-sized wrestling ring to really show off the Robertson skills for Mia.