President Donald Trump has arrived in Brussels for what his team is describing as “tough” talks with other members of the NATO military alliance.

President Trump is now meeting EU leaders. He has been critical of both blocs.

NATO has agreed to Donald Trump’s request to join the US-led coalition against ISIS. The president may also press members to pay their full financial share.

European leaders will seek assurances of President Trump’s commitment to US allies.

After landing in Brussels on May 24, President Trump met the Belgian king and queen while thousands demonstrated against his presence in the center of the city.

Earlier, President Trump was granted a short private audience with Pope Francis at the Vatican.

The NATO summit will see the alliance agree to a US plan for the military alliance to take a bigger role in the fight against Islamist militants, particularly jihadist group ISIS – but France and Germany insist the move is symbolic. 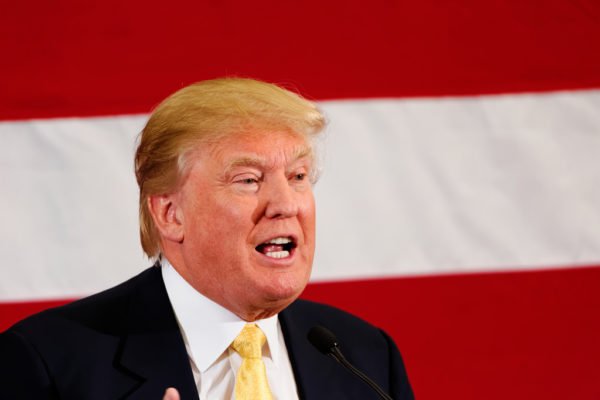 “This will send a strong political message of NATO’s commitment to the fight against terrorism and also improve our coordination within the coalition but it does not mean that NATO will engage in combat operations.”

Donald Trump has voiced criticism of other NATO countries for spending less on defense than an agreed 2% of national output.

Ahead of May 25 meetings, Secretary of State Rex Tillerson told reporters that President Trump “really wants to persuade NATO members to step up and fully meet their obligations”.

He added: “I think you can expect the president to be very tough on them and say… <<We are doing a lot. The American people are doing a lot for your security, for joint security. You need to make sure you’re doing your share for your own security as well>>.

“That’s going to be the core of his message to NATO.”

Rex Tillerson also said President Trump had yet to make a final decision on whether the US would remain in the Paris climate agreement.

Before going to NATO HQ, where he will deliver a short speech, Donald Trump is due to have a private lunch with new French President Emmanuel Macron after meeting the leaders of the European Commission and European Council.

Emmanuel Macron is expected to try to persuade Donald Trump not to renege on the Paris climate accord.

President Donald Trump has arrived at the Vatican and met Pope Francis for a short private audience on the third leg of his overseas trip.

According to the Vatican, there had been an “exchange of views” on international issues, and President Trump and the Pope spoke of the need to continue good relations.

President Trump said they had a “fantastic meeting”. The two men have in the past clashed on issues such as migration, climate change and a Mexico-US wall.

The president also met Italy’s president and prime minister while in Rome.

Donald Trump is now flying on to Brussels for a NATO summit.

He arrived in Europe from Israel and the Palestinian territories, where he vowed to try and achieve peace in the region.

President Trump began his foreign trip with a two-day stop in Saudi Arabia over the weekend, urging Muslim countries to take the lead in combating radicalization.

The president and his entourage arrived at the Vatican just before 08:30AM, in a meeting that was arranged at the last minute.

Donald Trump was greeted by Archbishop Georg Ganswein, the head of the papal household, and escorted by the Swiss Guard to the offices of Pope Francis.

Correspondents say President Trump seemed subdued during their initial meeting, while Pope Francis was not as jovial as he sometimes is with world leaders.

The two men appeared much more relaxed at the end of their 30-minute private meeting.

The Vatican said later that they shared a commitment to “life, and freedom of worship and conscience” and expressed hope that they can collaborate “in service to the people in the fields of healthcare, education and assistance to migrants”.

On international affairs, their “exchange of views” covered the “promotion of peace in the world through political negotiation and interreligious dialogue”, and highlighted the need to protect Christian communities in the Middle East. 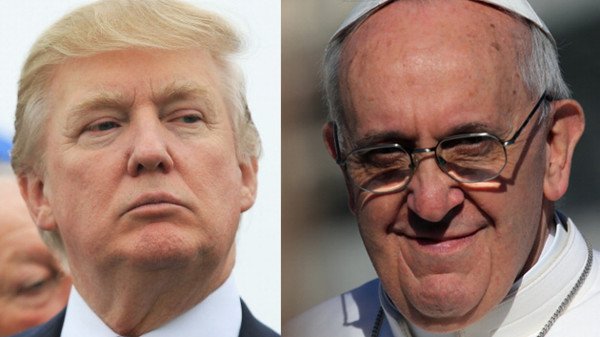 After the meeting, Pope Francis and President Trump exchanged gifts. The president gave the Pope a boxed set of writings by the civil rights leader Martin Luther King.

Pope Francis gave President Trump a signed copy of a message he delivered for World Peace Day, along with some of his writings about the need to protect the environment.

The pontiff also presented him with a small sculptured olive tree, telling President Trump through an interpreter: “It is my desire that you become an olive tree to construct peace.”

President Trump responded by saying: “We can use some peace.”

He also said he would read the texts the Pope gave him.

After the meeting, President Trump tweeted: “Honor of a lifetime to meet His Holiness Pope Francis. I leave the Vatican more determined than ever to pursue PEACE in our world.”

Both Melania and Ivanka Trump were dressed in black with their heads partially covered, in keeping with a traditional Vatican protocol that is no longer expected to be rigorously observed.

Melania Trump, a Catholic, asked the Pope to bless her rosary beads.

In a light-hearted exchange, Pope Francis asked Melania Trump what she gave her husband to eat. It was initially thought he had suggested “pizza” to her, but in fact he said potica, which is a cake from Melania Trump’s home country of Slovenia. She laughed in response, and agreed with him.

This is Donald Trump’s first visit to Europe since taking office in January.

Security has been stepped up across Rome, with the areas around the Vatican City, the Italian presidential palace and the American ambassador’s residence, where President Trump is staying, temporarily closed to traffic.

Despite the heavy police presence, about 100 anti-Trump protesters held a rally in one of Rome’s squares on May 23.

Significant protests are also expected in Brussels where President Trump will meet EU and NATO officials.

Donald Trump will end his tour on the Italian island of Sicily at the G7 summit on May 26.