The Kremlin has released footage of President Vladimir Putin and PM Dmitry Medvedev sharing a morning workout at a government residence in Sochi. 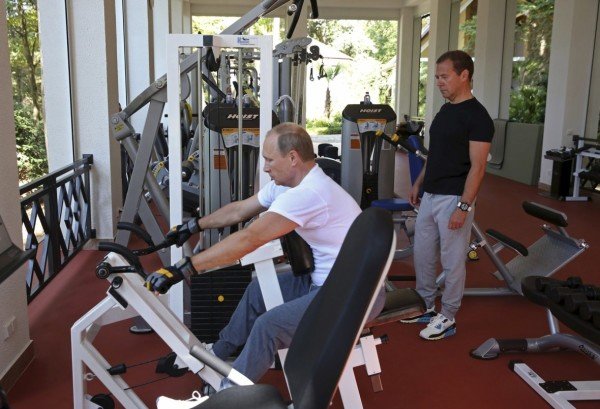 Later the Russian leaders shared a breakfast, barbecuing some of the food themselves.

Vladimir Putin is known in Russia for his strong-man image and has previously been pictured fishing, horse-riding, and hunting.