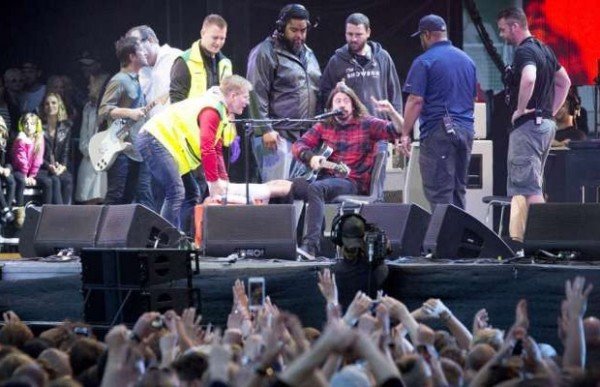 Music stars including Dave Grohl, Janelle Monae, LA Reid and Miguel have paid tribute to Whitney Houston, a year after her death, at the age of 48.

Whitney Houston died in her hotel room on February 11, 2012.

Speaking at a pre-Grammy gala in Los Angeles, Dave Grohl said Whitney Houston would be remembered “as one of the most iconic vocalists of all time.”

“Not only did she sell 800 bazillion records, but she’s [an] amazing singer.”

Whitney Houston had been due to attend last year’s event, but died hours before it took place.

R&B singer and actress Brandy said: “She was the greatest voice of all time and nobody will ever come close to touching her. I will never forget her.”

Miguel, who received a Grammy for best R&B song on Sunday night, added: “Whitney’s voice was powerful. She was dynamic. I would like her to be remembered for her voice and smile. I think she’d want to be celebrated.”

Record executive and X Factor judge Antonio “LA” Reid, who was being honored at the event, worked with Houston on the soundtrack to her hit movie The Bodyguard.

He said he liked to remember the more personal moments he had with Whitney Houston.

“I can’t sing, but I used to sing with Whitney, just for fun,” he said.

“Just that beautiful spirit and warm personality and that amazing voice.”

American Idol judge Randy Jackson said she would be remembered “as one of the greatest ever to grace a microphone. Greatest ever – that’s big”.

Johnny Depp, Sting, Ne-Yo, Quincy Jones and Patti Smith also attended the event at the Beverly Hilton in Beverly Hills, which was held in honor of Whitney Houston.

Whitney Houston accidentally drowned in her hotel bathroom. A coroner ruled that chronic cocaine use abuse and heart disease were also factors.

Her death sent shockwaves around the music industry, which was gathered in Los Angeles for the annual Grammy ceremony.

A last-minute tribute was arranged for the 2012 show, with singer Jennifer Hudson performing Whitney Houston’s biggest-selling single, I Will Always Love You.

Frances Bean Cobain, 19, told Lifeline Live: “While I’m generally silent on the affairs of my biological mother, her recent tirade has taken a gross turn.”

The teenager added: “I have never been approached by Dave Grohl in more than a platonic way. I’m in a monogamous relationship and very happy. Twitter should ban my mother.”

Courtney Love, who is estranged from her only child, made the accusations on her private Twitter account on Wednesday night.

She claims that her daughter’s roommate told her that Dave Grohl – who is known as one of the nicest men in rock – “hit on Frances”, according to Gawker.

Dave Grohl, 43, is, for the uninitiated, the former Nirvana bandmate and best friend of Frances’ father, Kurt Cobain.

He has therefore known her since she was a baby.

Dave Grohl responded to Courtney Love’s accusations in a statement, he said: “Unfortunately Courtney is on another hateful Twitter rant. These new accusations are upsetting, offensive and absolutely untrue.”

After the initial incredible allegation, Courtney Love went on to threaten a Twitter account she obviously believed belonged to Dave Grohl, although it is actually linked to a German IT worker who hasn’t tweeted since 2008, according to the website. 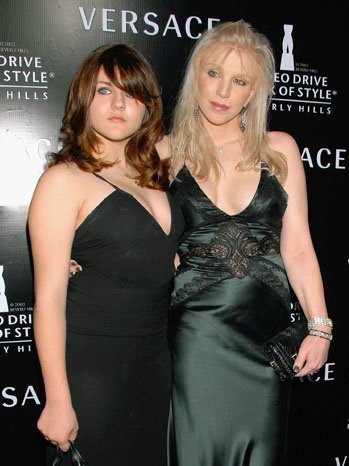 It has to be noted that Taylor Hawkins actually looks more like Dave Grohl, albeit with Kurt Cobain-coloured straw blonde hair.

Courtney Love also argued that the fact Dave Grohl called one of his daughters Violet is salient, as a Hole song shares the same name.

However, his eldest child, who turns six on Sunday, was named after Dave Grohl’s maternal grandmother, as he’s stated in many interviews.

The happily married rocker also has daughter Harper, who turns three next week, by his wife of nine years, Jordyn Blum.

Dave Grohl is one of the most beloved artists in the world, and unusually for a rock star, all the tales about him relate to his generous and moral character.

Unencumbered by actual facts, however, Courtney Love also accused Dave Grohl of being “sexually obsessed” with Kurt Cobain then relayed information from a driver who claimed that Grohl had “his hands all over” Frances in his car.

The singer also insisted that Dave Grohl, who grew up in a suburb of Washington D.C, has tried to seduce her in the past.

This is far from the first time Courtney Love has attacked Dave Grohl.

Last November, Courtney Love started ranting about him taking food from her child’s table at a festival in Brazil after a fan flashed a poster of Kurt Cobain in the audience.

It’s alleged they clashed over Nirvana copyright issues, yet Dave Grohl has kept his counsel about Courtney Love and his friend.

Courtney Love has also accused singer Ryan Adams of ripping her off after getting confused about a connection she had with a member of his production crew, the Ashes and Fire star had to release a statement setting the facts straight.

And she lambasted former lover Steve Coogan, even accusing him of being a causal factor in his friend Owen Wilson’s suicide attempt.

Frances Bean Cobain filed a restraining order against Courtney Love in 2009, after it was granted she chose initially to live with her maternal grandmother and now has a residence in Los Angeles where she lives quietly away from the spotlight with her fiancé, Isaiah Silva.

Courtney Love’s private Twitter account, @cbabymichelle, is locked from the public, but Gawker has posted a screen capture collecting all of her tweets from last night.