Michael Bloomberg has returned to the helm of Bloomberg LP, the data and financial news company he founded more than three decades ago.

The former New York mayor still owns 88% of the company, and is taking up the role less than a year after leaving City Hall.

Michael Bloomberg will be replacing Daniel Doctoroff, who steps aside as president and CEO at the end of the year.

Both men indicated the decision was mutual after realizing there was no room at the top for both of them.

“I never intended to come back to Bloomberg LP after twelve years as Mayor,” Michael Bloomberg said in a statement.

“However, the more time I spent reacquainting myself with the company, the more exciting and interesting I found it – in large part, due to Dan’s efforts.

“I have gotten very involved in the company again and that led to Dan coming to me recently to say he thought it would be best for him to turn the leadership of the company back to me.

“It was a gracious and thoughtful offer and one that I finally accepted after significant pushback and great reluctance.” 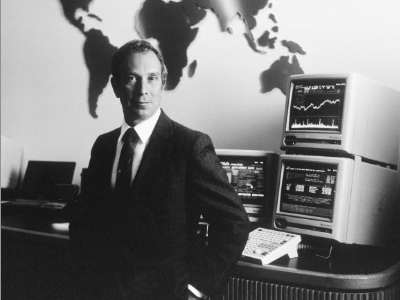 Daniel Doctoroff has led Bloomberg for the past seven years, first as president and then as chief executive in 2011.

Daniel Doctoroff said: “I love the company and have deep respect and affection for Mike, so leaving is not an easy decision, but it is the right one for the company, for Mike and for me at this stage of my life.

“It is and has always been Mike’s company and given his renewed interest and energy, it only makes sense for him to retake the helm.”

Michael Bloomberg, 72, launched his namesake company after being fired from investment bank Salomon Brothers and is now worth about $33 billion, according to Forbes magazine.

Many had been expecting him to focus on philanthropy work such as gun control and public health after leaving government.

But after spending an increased amount of time at its headquarters, Michale Bloomberg said he will lead the company “with support from the existing leadership team” but without taking Daniel Doctoroff’s titles.

Bloomberg LP makes most of its income from the computer terminals that it sells to financial institutions and currently has 321,000 terminal subscribers. It also provides legal, government and energy data.

The company holds more than a third of the financial information market and saw revenues rise to over $9 billion in 2014.

The New York-based company has also been aggressively expanding its news offerings by hiring over 500 reporters and editors.