Princess Srirasmi, the wife of Crown Prince Vajiralongkorn of Thailand, has resigned her royal position, the palace has announced.

Crown Prince Vajiralongkorn had asked the government to strip his wife’s family of their royally bestowed name.

Seven of her relatives had been arrested in a purge of officials allegedly involved in corruption.

The palace statement, which appeared in the Royal Gazette, read: “Princess Srirasmi, wife of Crown Prince Maha Vajiralongkorn… has written to respectfully resign from her status in the royal family and permission has been granted by His Majesty the King.”

Princess Srirasmi is the crown prince’s third wife, and the pair married in 2001. They have a son. 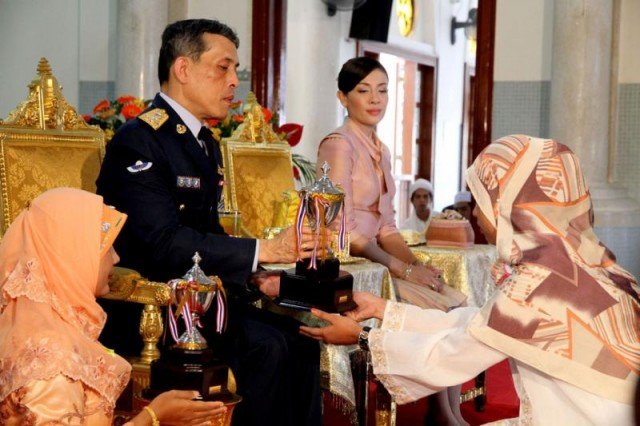 Crown Prince Vajiralongkorn was already known to be estranged from Princess Srirasmi, although they continued to attend official functions together.

Princess Srirasmi’s uncle, a police general, was arrested over accusations of amassing vast wealth through smuggling and gambling rackets.

Princess Srirasmi would have been expected to become queen when the crown prince succeeded his father.

The pivotal position of the monarchy in Thailand’s political order makes the succession an extremely sensitive issue.

Many aspects still cannot be reported from inside the country.

The strict lese majeste law criminalizes any critical comment about the monarchy.

King Bhumibol, the world’s longest-reigning monarch and a widely revered and unifying figure, has been on the throne in Thailand since 1946.

King Bhumibol Adulyadej of Thailand has cancelled a public appearance to mark his 87th birthday, on medical advice.

The news comes amid growing concern about the health of the king, who is highly revered by Thais.

Thousands of people had turned out in the capital, Bangkok, in the hope of seeing the king at the Royal Palace.

Events are also being held across Thailand, which is still under martial law after the army ousted the government in May.

In a statement released on December 5, King Bhumibol’s office said doctors had examined the him and “agreed that he is not ready to grant a royal audience, therefore they have recommended he cancels royal activities”.

King Bhumibol, the world’s longest-reigning monarch, was last seen in public in November.

He has spent the past few months in hospital and recently underwent an operation to remove his gall bladder. 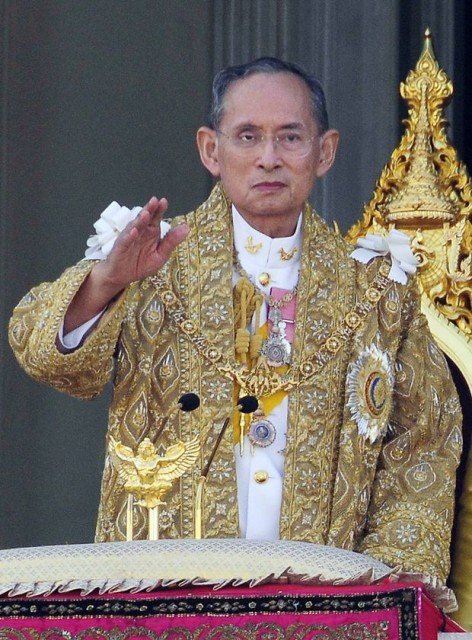 Crowds of supporters massed outside the hospital on December 5 to wish him well.

There is deep affection for the king in Thailand, but the country is also governed by harsh lese majeste laws which punish any criticism of the monarchy with up to 15 years in prison.

King Bhumibol’s heir is Crown Prince Vajiralongkorn, but the laws mean any discussion of succession is extremely sensitive issue, and many aspects cannot be reported from inside the country.

In late November, it emerged that the crown prince had asked the government to strip his wife’s family of their royally-bestowed name.

The move is widely expected to be a first step to divorce – the couple were already known to be estranged.

Crown Prince Vajiralongkorn ‘s order followed the arrest of seven of the princess’s close relatives in a purge of officials allegedly involved in corruption.