Lynn Anderson has died in hospital in Nashville, Tennessee, at the age of 67.

She was best known for her worldwide 1971 hit (I Never Promised You a) Rose Garden.

The country singer had been in hospital after suffering a heart attack on July 30.

The Grammy-winning singer had just returned from Italy and was admitted to the hospital for pneumonia.

Born in North Dakota and raised in Sacramento, California, Lynn Anderson was the daughter of two country songwriters and started performing at the age of six. 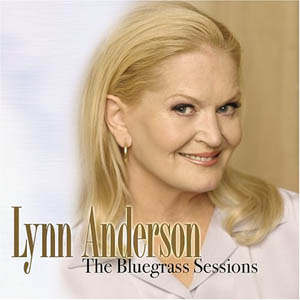 In 1967, Lynn Anderson began a two-year television engagement on The Lawrence Welk Show, which led to a contract with Columbia Records in Nashville, the capital of country music.

She won a Grammy award for Rose Garden and was the Country Music Association’s female vocalist of the year in 1971.

“It was popular because it touched on emotions,” she told AP.

“It was perfectly timed. It was out just as we came out of the Vietnam years and a lot of people were trying to recover. This song stated that you can make something out of nothing. You take it and go ahead.”

Alongside her singing career, Lynn Anderson made a number of TV appearances with stars including Lucille Ball, Bing Crosby and John Wayne.

Lynn Anderson also appeared in episodes of the cop show Starsky and Hutch.

Country singer George Jones, who had a string of number one songs between the 1950s and 1990s, has died aged 81.

George Jones’ publicist, Kirt Webster, said the Grammy-winning singer was admitted to hospital for fever and irregular blood pressure and died on Friday.

Nicknamed Possum, his signature song was He Stopped Loving Her Today, a track about love and death.

George Jones was married to Tammy Wynette between 1969 and 1975 and the pair recorded several songs together in the 1970s. 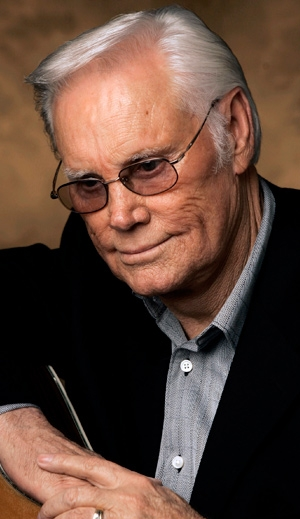 Born in Texas on 12 September 1931, George Jones played guitar for tips on the streets of Beaumont as a teenager before going on to serve in the US Marine Corps.

The singer returned to Texas to record for the Starday label in Houston, achieving his first top ten hit in 1955 with Why Baby Why.

Known for his precise baritone and evocative voice, George Jones’ first number one song, White Lightning, came in 1959, followed by Tender Years in 1961.

George Jones had a string of top 10 songs during the 1960s and 1970s including If Drinkin’ Don’t Kill Me (Her Memory Will), Window Up Above, She Thinks I Still Care, Good Year for the Roses, The Race Is On.

But his battle with alcoholism and cocaine addiction frequently derailed his career and at one point his reputation for cancelling performances earned him the nickname No-Show Jones.

Having divorced his second wife in 1968, George Jones married Tammy Wynette a year later. The pairing was an enormous professional success for both as they recorded and toured together, recording several tracks including We’re Gonna Hold On, Golden Ring and Near You.

However as George Jones’ addiction problem worsened, so too did his marriage to tammy Wynette, who later claimed he once came at her with a gun.

They divorced in 1975 but later resumed recording together. The couple’s only daughter, Tamala is also a country singer under the name Georgette Jones.

George Jones recorded the track He Stopped Loving Her Today in 1980. The song, which he said was his favorite, revived a flagging career and won him the Country Music Award’s top male vocalist award in 1980 and 1981. He also earned a Grammy for best male country vocal performance.

George Jones credited his fourth wife Nancy, whom he married in 1983, with helping him clean up. But in 1999 he was seriously injured after driving drunk and crashing into a bridge, leading to another period of rehabilitation.

George Jones was in the middle of a US tour when he was taken into hospital. At the tour’s final date in Nashville in November, he was due to be joined by an array of country music stars including Kenny Rogers, Randy Travis, Garth Brook and rapper Kid Rock.

Keith Urban, 45, who is married to Nicole Kidman, was accompanied by his daughters, 4-year-old Sunday Rose and Faith Margaret,2.

Keith Urban is a judge on American Idol and last night showed the hopefuls how things were done as he took to the stage for a performance of his own.

Both Faith and Sunday were clutching on to cosy cuddle blankets, no doubt ready to put to use for their long haul flight to London.

Last weekend Nicole Kidman revealed that she encourages her children to daydream.

Nicole Kidman, 45, has always enjoyed indulging her imagination and in the busy world we now live in, Nicole thinks it’s important for her children – to have time to just relax and have “creative time”.

New Zealand country singer Keith Urban is a judge on American Idol and last night showed the hopefuls how things were done as he took to the stage for a performance of his own.

Singer Patti Page, one of the most popular artists of the 1950s, has died at the age of 85.

She recorded four number-one hits, including Tennessee Waltz and the novelty record (How Much Is That) Doggie In The Window.

Patti Page was to have been honored with a Lifetime Achievement award at next month’s Grammy ceremony.

“I was a kid from Oklahoma who never wanted to be a singer, but was told I could sing,” she said in a 1999 interview.

Singer Patti Page, one of the most popular artists of the 1950s, has died at the age of 85

Tennessee Waltz, her biggest hit, topped the charts in 1950-1951 and was the last song to sell a million copies of sheet music.

Patti Page became a fixture on US television. The Patti Page Show ran on TV for a year and its star was nominated for an Emmy award in 1959.

She also acted in films, including Elmer Gantry alongside Burt Lancaster.

But her popularity dipped in the 1960s as her style became dated by the arrival of rock’n’roll.

She recorded as a more overtly country singer in subsequent decades and continued to tour extensively.

Patti Page won a Grammy in 1998 for Live At Carnegie Hall.