Pope Francis is visiting Strasbourg where he will address the European Parliament and Council of Europe on social and economic issues.

The Pope is expected to speak about anti-immigration sentiment and unemployment during his four-hour trip.

Many of Strasbourg’s Catholics are upset that he will not meet them or visit the city’s cathedral.

Some Catholics have accused the Pope of neglecting Europe since his election in 2013.

Pope Francis visited the Italian island of Lampedusa in July 2013 to meet and pray for illegal immigrants, and went to Albania in September. The Pope has said that he is planning a second visit to France in 2015. 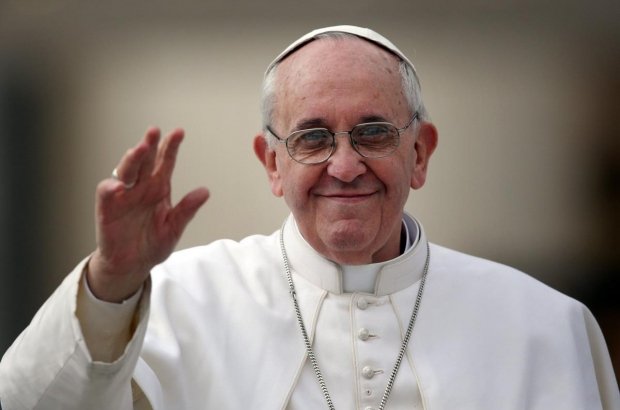 Residents of Strasbourg have been told they can watch both of the pontiff’s speeches on a giant screen that will be installed inside the cathedral, which is celebrating its millennial anniversary.

Pope Francis is making the second papal visit to Strasbourg after Pope John Paul II visited the city in 1988.

Pope John Paul II addressed the European parliament where he was heckled by Northern Irish MEP the Rev Ian Paisley.

During his speech the late Pope called Europe “a beacon of civilization”.

However, Pope Francis has called Europe a “tired” continent which worships the “idol of money”.

In Strasbourg, Pope Francis is expected to call for greater tolerance and inclusion in response to the success nationalist parties have seen in parts of Europe.

In May, several of these parties performed strongly in the European parliamentary elections.

Pope Francis is also thought likely to address Europe’s ongoing economic crisis and the social problems that it has created.

Council of Europe has urged Germany to end the practice of surgically castrating sex offenders.

The Council of Europe’s anti-torture committee said such voluntary treatment, albeit rare in Germany, was “degrading”.

In Germany no more than five sex offenders a year have been opting for castration, hoping it will lower their sex drives and reduce their jail term.

The committee’s recommendations are not binding but have great influence.

The committee’s official title is the European Committee for the Prevention of Torture and Inhuman or Degrading Treatment or Punishment (CPT).

“Surgical castration is a mutilating, irreversible intervention and cannot be considered as a medical necessity in the context of the treatment of sexual offenders”, the CPT report said. It was based on an investigation in Germany carried out in November-December 2010.

The German authorities argue that castration is not a punishment but a treatment which enables, as a government statement put it, “suffering tied to an abnormal sex drive… to be cured, or at least alleviated”.

Research for the report revealed that of the 104 people operated on between 1970 and 1980, only 3% reoffended, compared with nearly half of those who refused castration or were denied it by the authorities.

But the CPT objected to the practice of surgical castration for sex offenders, saying:

• The physical effects are irreversible and may have serious physical and mental consequences;

• It is “questionable” whether consent to surgical castration “will always be truly free and informed”.

In February 2009 the Council of Europe made a similar complaint about the use of surgical castration in the Czech Republic.

Despite the criticism, the Czech Republic still offers prisoners the option of surgical castration.