Japan has announced its plans to cut the country’s corporate tax to below 30% in several stages starting 2015.

The move is part of PM Shinzo Abe’s plan to revive Japan’s economy, a pledge made when he took office in December 2012.

Japan’s corporate tax rate, at nearly 36% for large companies operating in the capital Tokyo, ranks among the highest in the industrialized world.

The latest move has been dubbed as Shinzo Abe’s “third arrow”.

The first two arrows launched last year and focused on using fiscal and monetary policies to turn the economy around.

Details in terms of how the tax cut will be implemented are yet to be revealed by the Prime Minister’s office. 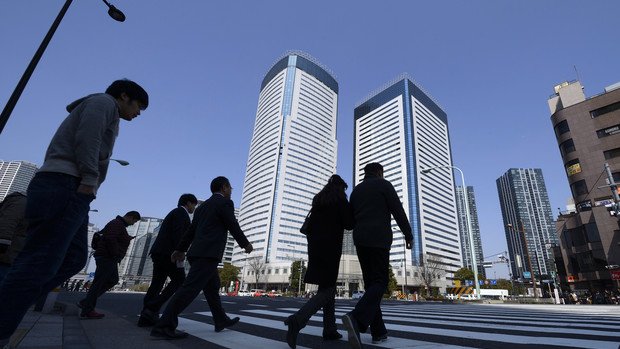 That helped drive down the value of the Japanese yen against the US dollar, and helped to benefit Japanese exporting companies, such as the automakers.

The central bank has also set an inflation target of 2%, which it hopes to achieve in a few years’ time.

Japan had been battling deflation, or falling prices for nearly two decades. But that may be changing, as prices have been rising over the last several months.

That was helped by a raise in sales tax in April this year, to 8% from 5%.

The gradual increases in the sales tax are aimed at covering rising social welfare costs linked to Japan’s ageing population.

Japan currently has one of the lowest birth rates in the world.

It also has the world’s highest ratio of elderly to young people, raising serious concerns about future economic growth.

Shinzo Abe also said he would end compulsory overtime payments for workers earning over 10 million yen a year and raise the proportion of female managers to 30% by 2020 from last year’s 7.5% rate.

However, economists warned it would be years before Japan benefitted from the planned changes.

“Various legislation must be enacted and it will take time for companies to begin to act. Therefore, it will be 10 to 20 years before the potential growth rate rises,” said Kenji Yumoto, vice chairman of the Japan Research Institute.