The 2014 World Cup officially got under way with a colorful opening ceremony before hosts Brazil kicked off against Croatia.

A cast of 660 dancers paid tribute to Brazil’s nature, people and football with a show around a “living” ball on the Arena de Sao Paulo pitch.

The final act saw a performance of official World Cup song We Are One by Jennifer Lopez and rapper Pitbull.

A cast of 660 dancers paid tribute to Brazil’s nature, people and football with a show around a living ball on the Arena de Sao Paulo pitch (photo Getty Images)

Many fans took to the streets to sing and chant their support for Brazil as excitement built in the hours before the tournament began.

But there were also demonstrations from those unhappy with the expense of hosting the tournament.

Performers dressed as trees, flowers and various musical instruments all performed in three acts before the central ball opened to reveal singers Claudia Leitte, Jennifer Lopez and rapper Pitbull as they sang the official World Cup song as the finale.

The opening game of the tournament between Brazil and Croatia kicks off at 17:00 local time.

No host nation have ever lost their opening World Cup game, with the previous 20 producing 14 victories and six draws for the hosts.

Brazil starts as favorite to win the World Cup for a sixth time, while holders Spain are aiming to win a fourth major tournament in a row after winning the European Championship two years ago.

The other seeded teams are Colombia, Uruguay, Switzerland, Argentina, Germany and Belgium.

FIFA said it had sold more than 2.9 million tickets, but they were still available for several matches on Wednesday, including some involving Germany, Italy and France.

Jennifer Lopez has denied the cancellation of her performance at the World Cup opening ceremony in Brazil, despite claims she had pulled out.

FIFA said earlier this week J Lo would not be performing the official tournament song on Thursday.

However, Jennifer Lopez told the Associated Press on Tuesday she was flying to Brazil later that night.

“People get nervous and I think it was a little bit premature to announce anything,” she said. 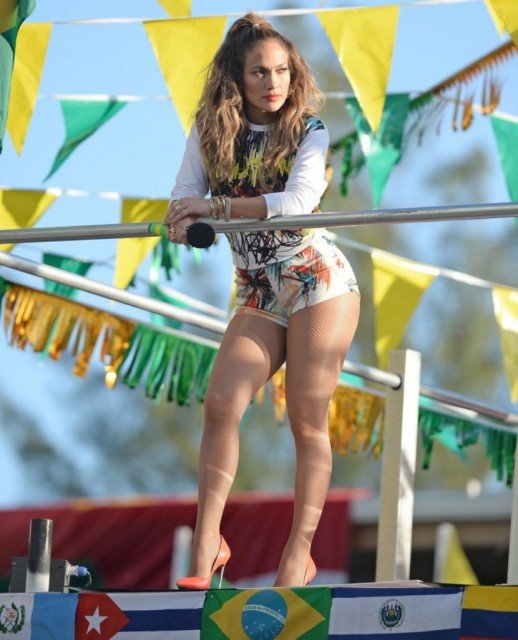 FIFA officials had said Jennifer Lopez was not able to attend the ceremony because of unspecified “production issues”.

However, J Lo said: “I think people get anxious, especially with me and my schedule when I’m like, <<Ah, OK, I can leave this day, that day, I don’t know if we can make it>> – but we are definitely going.”

Jennifer Lopez added she would perform We Are One (Ole Ola) alongside rapper Pitbull and Brazilian singer Claudia Leitte – with whom she has recorded the song – before Brazil takes on Croatia at the opening game in Sao Paulo.

She said the World Cup song was orchestrated by Pitbull, who invited her to join on the track.

“I can’t take credit for this. This was one of Pitbull’s call-ins,” she said.

Jennifer Lopez added: “I’m so lucky that he gave me the opportunity.”

More than 60,000 people are expected to be in Sao Paulo’s Corinthians Arena to watch the ceremony and kick-off match. Up to a billion people worldwide are expected to tune in on television.

Jennifer Lopez has decided to pull out of performing the official World Cup song at this year’s tournament’s opening ceremony in Brazil, FIFA has announced.

Jennifer Lopez was due to perform alongside rapper Pitbull and Brazilian singer Claudia Leitte, with whom she has recorded the song We Are One (Ole Ola).

Pitbull and Claudia Leitte will go ahead and perform accompanied by drummers Olodum. 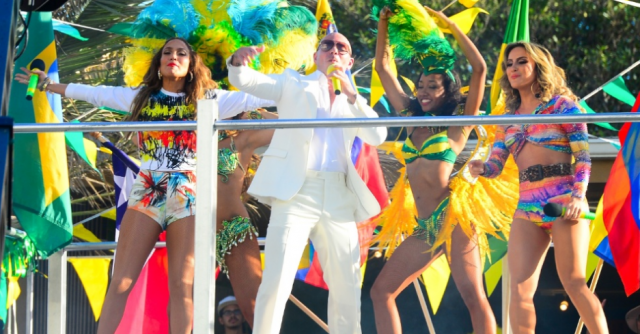 “For production issues, Jennifer Lopez, one of the artists of the official song We Are One, will not be able to perform at the FIFA World Cup opening ceremony,” said a statement.

Last week, Jennifer Lopez said she was “thrilled” to be given the chance to perform at the opening ceremony.

“This is an amazing celebration of global unity, competition and sport,” she said.

Pitbull appeared not to be downhearted at Jennifer Lopez’s withdrawal from the show.

“To be performing We Are One to the world, especially in such a beautiful country like Brazil, is going to be a lot of fun,” Pitbull said in a statement released by FIFA.

“But more than this, it is going to show the world that music is the universal language.”

More than 60,000 people are expected to be in Sao Paulo’s Corinthians Arena to watch the ceremony and kick-off match between Brazil and Croatia.

Jennifer Lopez’s cancellation comes amid protests and strikes in Brazil, where some are unhappy about the amount of money being spent on the tournament.