China has announced it successfully landed a robotic spacecraft on the far side of the Moon, the first ever such attempt and landing.

According to state media, at 10:26 Beijing time, the un-crewed Chang’e-4 probe touched down in the South Pole-Aitken Basin.

The Chang’e-4 probe is carrying instruments to analyze the unexplored region’s geology, as well to conduct biological experiments.

The landing is being seen as a major milestone in space exploration.

There have been numerous missions to the Moon in recent years, but the vast majority have been to orbit, fly by or impact. The last crewed landing was Apollo 17 in 1972.

The Chang’e-4 probe has already sent back its first pictures from the surface, which were shared by state media.

With no direct communication link possible, all pictures and data have to be bounced off a separate satellite before being relayed to Earth.

Ebb and Flow gravity satellites end their mission to the Moon

Previous Moon missions have landed on the Earth-facing side, but this is the first time any craft has landed successfully on the unexplored and rugged far side.

Some spacecraft have crashed into the far side, either after system failures, or after they had completed their mission.

The Chang’e-4 was launched from Xichang Satellite Launch Centre in China on December 7; it arrived in lunar orbit on December 12.

The mission was then directed to lower itself toward the Moon, being careful to identify and avoid obstacles, Chinese state media say.

The Chang’e-4 probe is aiming to explore a place called the Von Kármán crater, located within the much larger South Pole-Aitken (SPA) Basin – thought to have been formed by a giant impact early in the Moon’s history.

Chinese Jade Rabbit Moon rover has bid its final farewell and shut down after 31 months of exploration, far outliving its expected lifespan.

Jade Rabbit arrived on the Moon in December 2013 in the Chang’e-3 space mission, and has been exploring the surface in search of natural resources.

The rover made China the third country to reach the Moon after Russia and the US.

Jade Rabbit has also been an active social media. Its final message said: “The Moon has prepared a long dream for me.” 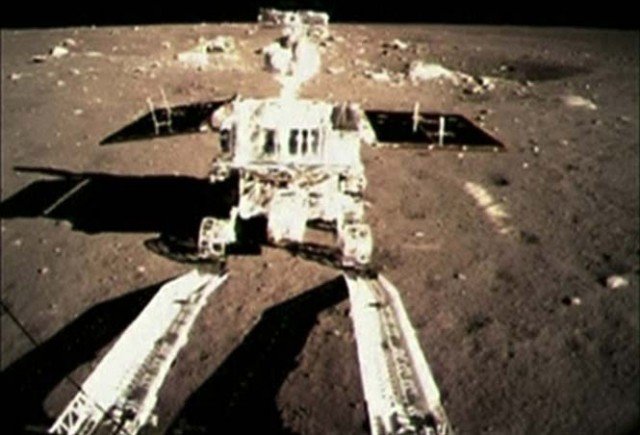 The rover is named after Yutu, the pet rabbit of the Chinese Moon goddess Chang’e, in turn the namesake of the lunar mission.

Designed to survive just three months, Jade Rabbit had been operating for more than two years, lasting longer than Russia’s 1970 Moon rover Lunokhod 1, which lived a total of 11 months.

The Jade Rabbit’s main objective was to achieve China’s first soft-landing on the moon, as well as to explore the surface.

It has kept them updated with news of its discoveries, as well as cute cartoons about its antics.

In February 2014, Jade Rabbit briefly went quiet during a lunar night, but after recovering from mechanical difficulties posted the message: “Hi, anybody there?”

In a message sent on July 31 it said: “This time it really is goodnight.”

“There are still many questions I would like answers to, but I’m the rabbit that has seen the most stars.

“The Moon has prepared a long dream for me, I don’t know what it will be like – will I be a Mars explorer, or be sent back to Earth?”

China’s space agency confirmed Jade Rabbit’s demise on August 3 and netizens have been mourning his loss.

China sent its first astronaut into space in 2003, and since then has taken huge advancements, including the deployment of an experimental space station.