Chelsea Clinton has been spotted with a growing baby bump as she is due to give birth to her first child in few weeks.

Her mother, former Secretary of State and First Lady Hillary Rodham Clinton, has repeatedly stated that becoming a grandmother was a priority for her and she wouldn’t announce whether or not she would seek the presidency until her first grandchild arrived. 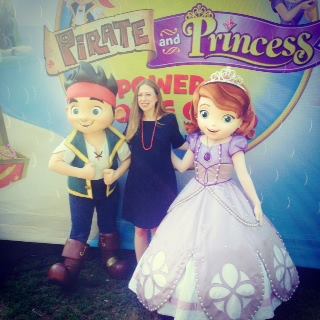 Hillary Clinton has reportedly vowed to postpone her announcement that she’s running for the Democratic nomination President until Chelsea gives birth.

Chelsea Clinton, who is married to Marc Mezvinsky, announced that she was expecting earlier this year and the new arrival is due sometime this fall.

She recently quit her high-paying position as a special correspondent for NBC.

Chelsea Clinton, who most probably is due to give birth in late October, and Marc Mezevinsky have not announced if they know the gender of their child.

Former First Daughter Chelsea Clinton announced on August 29 that she is quitting her job as a reporter at NBC News, citing increased work at the Clinton Foundation and imminent birth of her first child.

Chelsea Clinton had been working at NBC since 2011, sporadically doing feature stories on people or organizations doing public-spirited work.

Politico magazine reported earlier this year that NBC was paying her $600,000 a year.

In a statement on her Facebook page, Chelsea Clinton said: “I loved watching the <<Making a Difference>> stories about remarkable people and organizations making a profound difference in our country and our world. I am grateful NBC gave me the opportunity to continue this important legacy.”

Chelsea Clinton, 34, was initially hired to do stories for Brian Williams‘ Rock Center newsmagazine, but that program was canceled. Her work occasionally appeared on NBC’s Nightly News. 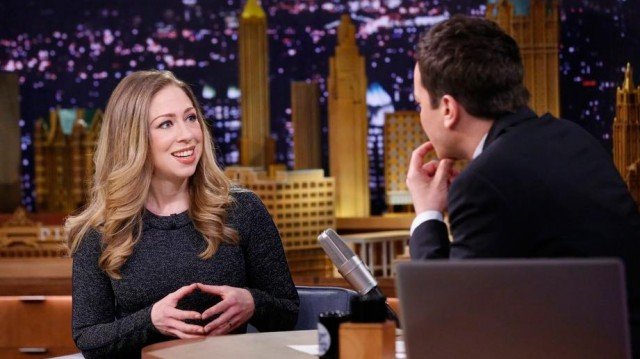 Chelsea Clinton is quitting her job as a reporter at NBC News, citing increased work at the Clinton Foundation and imminent birth of her first child (photo NBC)

Two Chelsea Clinton stories that aired in January were on education programs targeting the underprivileged. She’s done stories on a school program for jailed teenagers named after Maya Angelou, an Arkansas tutoring program and a restaurant chain that donates leftover food to the needy. Her story on actor Jeff Bridges‘ work on childhood hunger aired August1, and another story about a school lunch program for poor children in New Mexico is scheduled to air on August 31.

Chelsea Clinton’s exit removes some potential awkwardness for the network if Hillary Clinton runs for president in 2016. NBC made certain to keep Chelsea Clinton off the air around the time her mother was making media appearances to promote a book, to avoid any appearance of conflict. NBC also received some criticism when stories about her salary appeared

Both NBC and Chelsea Clinton left open the possibility that she could someday return to the network.

“While my role with NBC News may be coming to an end, I look forward to working with the NBC family well into the future,” Chelsea Clinton said on Facebook.

Chelsea Clinton and her husband, Marc Mezvinsky, announced this spring that she is pregnant with her first child.

Former First Daughter Chelsea Clinton announced that she and her husband, Marc Mezvinsky, are expecting their first child during a Clinton Foundation event devoted to empowering young women at New York’s Lower East Side Girls Club on April 17.

Chelsea Clinton, 34, told guests at the event: “Marc and I are very excited that we have our first child arriving later this year.”

“I certainly feel all the better whether it’s a girl or a boy that she or he will grow up in world filled with so many strong, young female leaders,” she added.

“I just hope that I will be as good a mom to my child and hopefully children as my mom was to me.”

It appears that Chelsea Clinton’s pregnancy is going along quite smoothly, and by the looks of her giant bump she must be due in the very early part of fall 2014.

Chelsea Clinton and Marc Mezvinsky, who currently live in New York City, have yet to tell the public what the sex of the baby is, but we know they will be happy with whatever they are gifted with. 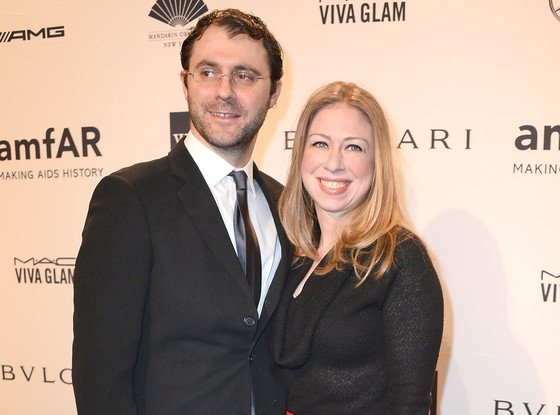 So when can we expect Chelsea Clinton’s first child to arrive? Chelsea Clinton hasn’t yet announced a due date, but based on her announcement, we can speculate a time frame.

She announced her pregnancy on April 17. Typically parents wait at least two months before announcing a pregnancy to friends and family. If that’s the case with Chelsea Clinton, then her due date would be roughly late October to early November.

Chelsea Clinton announced that she is pregnant during a speech in New York City with her mother, former Secretary of State Hillary Clinton, at her side.

“Marc and I are very excited that we have our first child arriving later this year,” Chelsea Clinton said at the Lower East Side Girls Club at the end of a Clinton Foundation event dedicated to empowering young girls.

Chelsea Clinton, 34, did not say if she and her husband, Marc Mezvinsky, are having a boy or a girl.

However, Chelsea Clinton later tweeted that her due date is sometime this fall. 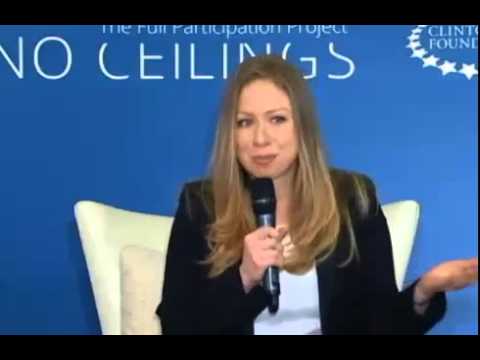 Chelsea Clinton revealed that her due date is sometime this fall

“I certainly feel all the better whether it’s a girl or a boy that she or he will grow up in a world full of so many strong, young female leaders,” she told the audience full of young women.

“So thank you for inspiring me.”

Hillary Clinton connected the announcement to the focus of the day’s event, telling the crowd that she is not only excited for her family but for the future generations who may not have to face the same glass ceilings as she did.

“Obviously we are very excited about what’s happening in our family,” Hillary Clinton told the young women.

“But we’re also very excited because of what we’re doing that we hope gives confidence and support to so many of you across our country as you make decisions about the lives you want to lead and try to make sure there are no ceilings that are stopping you from going as far and as high and as fast as you can.”

Chelsea’s parents, Bill and Hillary Clinton, both responded on Twitter shortly after the announcement Thursday afternoon.

Chelsea Clinton is pregnant with her first child.

Former First Daughter Chelsea Clinton, 34, and husband Marc Mezvinsky will welcome the new addition to their family later this year. 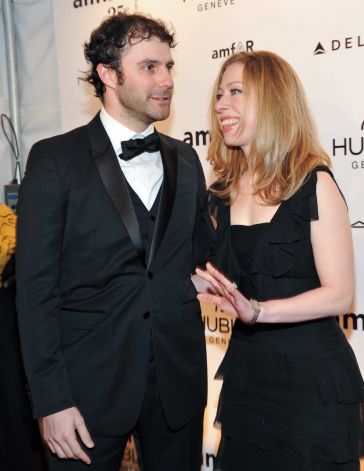 Chelsea Clinton has told US media she has not ruled out a political run in the future.

She made the announcement at a public event with her mother in New York organized by a Clinton Foundation initiative to advance the cause of women and girls around the world.

“Mark and I are very excited that we have our first child arriving,” Chelsea Clinton said.

“I certainly feel all the better whether it’s a girl or a boy that she or he will grow up in a world full of so many strong young female leaders,” she added.

“I just hope that I will be as good a mom to my child… as my mother was to me.”

Hillary Clinton is currently considered a strong contender for the 2016 Democratic presidential nomination, although she has yet to announce her intent to run.