North Korea has announced it will no longer take part in UN Human Rights Council session examining its rights record.

Foreign Minister Ri Su-yong accused the council of “politicization, selectivity and double standards” and of “singling out” North Korea for criticism.

The UN council has repeatedly criticized North Korea over its treatment of its citizens.

The move is likely to further isolate North Korea, which is due to face new sanctions. 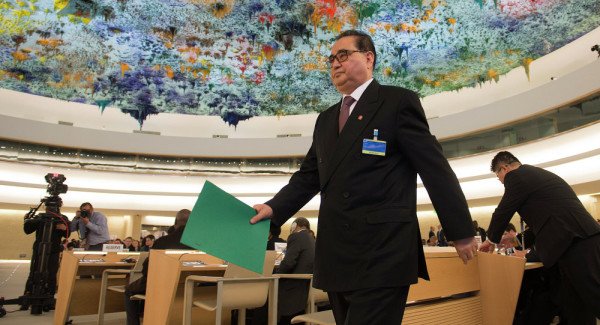 The UN Security Council is set to vote on March 2 on the new measures, in response to North Korea’s fourth test of a nuclear weapon and its launching of a satellite.

In his statement to the Council, Ri Su-yong also accused the US and others of paying “so-called North Korean defectors” for their testimony.

He said North Korea would “never, ever be bound” by any resolution adopted by the Council.

Azerbaijan’s ruling party, New Azerbaijan, has won the country’s parliamentary elections that were boycotted by the main opposition parties, the electoral commission said.

The New Azerbaijan party had won at least 70 seats in the 125-seat parliament, the commission said.

A host of small parties and candidates loyal to President Ilham Aliyev took almost all the rest.

The opposition has accused the government of jailing its opponents.

International monitors from the OSCE did not observe the vote, citing government restrictions. 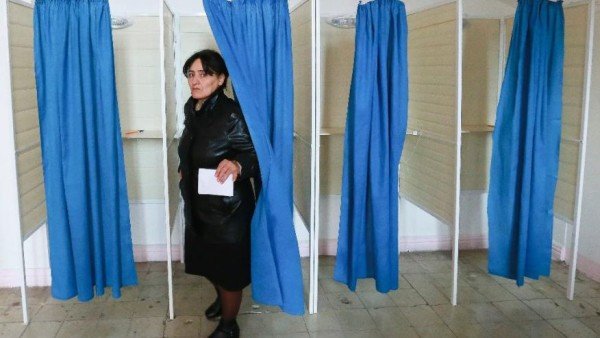 More than a dozen political parties were vying for 125 seats in Azerbaijan’s National Assembly.

However, analysts say those that could be considered genuine in their opposition to the government refused to participate.

The Organization for Security and Co-operation in Europe (OSCE), the leading international monitoring group, has not considered any of Azerbaijan’s elections since independence to be free and fair.

In 2015 – for the first time in more than two decades – the OSCE chose not to send a mission, condemning the Azerbaijani government’s “crackdown on independent and critical voices”.

Pussy Riot’s Nadezhda Tolokonnikova has called for foreign countries to boycott February’s Sochi Winter Olympics, hours after she was freed from jail.

Nadezhda Tolokonnikova dismissed the amnesty law that set her free, saying it was a “cosmetic measure”.

She and band-mate Maria Alyokhina, who was also freed, said the prison system needed wider reform and promised to continue anti-government action.

Nadezhda Tolokonnikova and Maria Ayokhina were jailed in 2012 after singing a protest song in a Moscow cathedral.

The act was seen as blasphemous by many Russians, and was condemned by the Orthodox Church.

But their conviction for “hooliganism motivated by religious hatred” was criticized by rights groups, anti-government activists and foreign politicians.

The amnesty passed last week aimed to free some 20,000 prisoners.

Both Pussy Riot members said their anti-government stance had not softened, and both promised to form a human-rights group to fight for prison reform.

Nadezhda Tolokonnikova, who was freed from a prison hospital in the Siberian city of Krasnoyarsk, immediately called for a boycott of the Sochi Games.

“What is happening today – releasing people just a few months before their term expires – is a cosmetic measure,” she said.

“That includes the case of Khodorkovsky, who didn’t have much time left on his prison term. This is ridiculous.”

She said far more people should be set free.

“I’m calling for a boycott, for honesty. I’m calling [on Western governments] not to give in because of oil and gas deliveries from Russia.”

Nadezhda Tolokonnikova, 24, labeled the Russian state a “totalitarian machine” and said prison reform was the starting point for reform of Russian society.

Maria Alyokhina, released in the city of Nizhny Novgorod, 280 miles east of Moscow, told Russian TV that the amnesty was “a profanation”.

Romanians are voting in a referendum on whether to impeach President Traian Basescu.

Traian Basescu has already been suspended by parliament in a series of moves that have caused alarm among Romania’s EU partners because of the speed of the process.

The government accuses Traian Basescu of exceeding his authority and of meddling in government affairs.

Traian Basescu denies the accusations and has urged a boycott of Sunday’s referendum.

Under a new Romanian law backed by Traian Basescu’s Liberal Democrat Party (PDL), more than half of the electorate will have to vote to make the result valid.

The referendum is one of the fiercest political clashes in Romania since the return of democracy in 1990.

The result is hard to predict but will have long-term repercussions for Romania’s political and economic stability.

The row has paralyzed political decision-making in Romania at a time when it is finalizing agreements on an IMF-backed aid package.

Traian Basescu’s popularity has slumped since he backed tough austerity measures demanded by Romania’s international lenders and also because he backed corrupted members of PDL.

According to the latest polls, about 65% of the electorate wants to remove Traian Basescu. However, analysts say the government will struggle to achieve the required turnout.

Traian Basescu had initially urged Romanians to come to referendum and vote “no” to what he called “a coup”, but later asked his supporters to boycott the vote altogether, a stance also adopted by the new opposition (PDL). However, Traian Basescu will vote today even he urged people to boycott the referendum.

If he is impeached, a presidential election must be held within three months.

Earlier this month, European Council President Herman Van Rompuy voiced “deep concerns” about the political crisis in Romania “with regard to the rule of law and the independence of the judiciary”.

In a statement, Ukraine’s foreign ministry said the move would undermine the image of the tournament and be detrimental to millions of Ukrainians and Poles.

Poland – which is co-hosting Euro 2012 – has also criticized any boycott.

Several European leaders are considering cancelling their trips to Ukraine, in protest over the treatment of jailed former PM Yulia Tymoshenko.

Yulia Tymoshenko, who is on hunger strike, alleges she was beaten by prison guards.

The statement from the Ukrainian foreign ministry said sport events were designed to bring unity, and criticized what it said were attempts to politicize them.

“We view as destructive attempts to politicize sporting events, which since ancient times have played a paramount role in improving understanding and agreement between nations,” the statement said.

“A successful championship will be a victory not for politicians, parties or ideologies, but for all Ukrainians and Poles. Its failure will be a loss for millions,” it said. 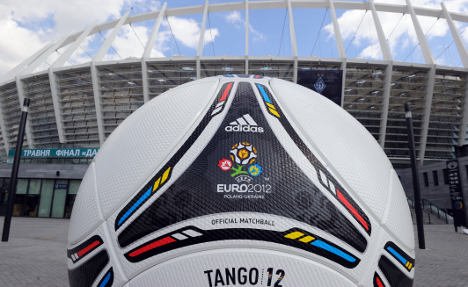 Austria has said it will boycott all the matches in Ukraine, while the Netherlands said it will not attend unless Yulia Tymoshenko’s treatment improves.

German Chancellor Angela Merkel is also reported to be considering boycotting the event, while the UK says it is undecided on whether to attend.

Meanwhile, five European presidents – from Austria, the Czech Republic, Germany, Italy and Slovenia – have said they will not attend a Ukrainian summit of Central and East European leaders next week in Yalta.

In an attempt to ratchet up the pressure further, Germany earlier said the EU is prepared to delay a trade agreement with Ukraine.

German Foreign Minister Guido Westerwelle said that “with our EU partners we are unanimous that the EU Association Agreement with Ukraine cannot be ratified as long as the rule of law in Ukraine does not develop in the right direction”.

But Ukraine’s deputy prime minister has said Euro 2012 is on track and UEFA – European football’s governing body – had not complained.

“The tournament is ready and on 11 May we will be transferring the control of the four stadia to UEFA.”

Yulia Tymoshenko, a former prime minister, was jailed last year for abuse of office, in a trial condemned by the West as politically motivated.

She is an arch-rival of Ukraine’s President Viktor Yanukovych, who beat her to the presidency in February 2010, avenging his defeat in the 2004 Orange Revolution.

The opening games of the month-long Euro 2012 will be played on 9 June.