Justin Bieber was involved in a car accident in Beverly Hills on June 24, ET Online reported.

The singer was not driving at the time of the collision, the Beverly Hills Police Department said. The non-injury traffic accident involved two cars in front of The Montage, according to police. 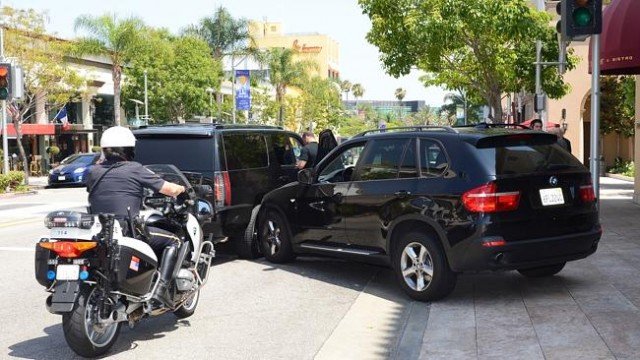 Justin Bieber was involved in a car accident in Beverly Hills

The accident happened after a car driven by a paparazzo was chasing the Escalade in which Justin Bieber was a passenger. The Escalade was going down Canon Drive at a fast clip, trying to lose the photographer, when a BMW was pulling out of a parking structure near Bouchon restaurant. The BMW misjudged the speed of the Escalade and smashed into it. Justin Bieber almost immediately got out of the SUV and into another car and sped off.

Justin Bieber was not present when the police arrived on the scene.

Camille Grammer won’t be attending the upcoming reunion of The Real Housewives Of Beverly Hills reality show, nor will she be appearing in season four of the hit series, reports People.

Her fellow castmember Adrienne Maloof, 51, also won’t appear in the reunion show and is also considering quitting the show, reports the publication.

Camille Grammer, 42, is said to have found the constant exposure “hard”.

“There were some good times and some not so good times, but it’s very hard to live your life out on the screen,” a source told People, referring to her divorce from Kelsey Grammer, which was portrayed in the first season of the show.

However, Camille Grammer has no regrets about doing the show, said the source.

“She is definitely a much stronger person now than when she started.” 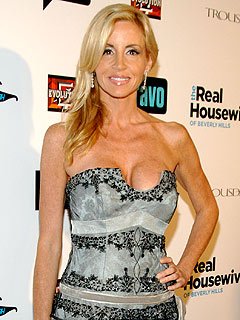 Camille Grammer won’t be attending the upcoming reunion of The Real Housewives Of Beverly Hills reality show, nor will she be appearing in season four of the hit series

Fans of the Bravo series will no doubt miss the constant fall outs between Camille Grammer and her castmate Kyle Richards. In true Hollywood style, they attempted to patch things up – but their precarious relationship was constantly rocked by back-stabbing and two-faced behavior.

Another member of the cast, Adrienne Maloof, is “also considering leaving the show”, said the source, ‘but she has not made a definitive decision as of yet”.

Adrienne Maloof, who joined the cast in season two, also did not appear for the taping of the reunion show on Friday, reports Life & Style.

“She doesn’t want to deal with the women. They are all going to just hash the same thing over and over again and she needs to be with her kids anyway,” a source told the publication.

“She’s headed to Mammoth Mountain in LA for a field trip with her children instead.

“She is always a mom first and foremost,’ added the source, ‘but she is also dodging the Housewives because she knows she’ll be attacked and doesn’t want to deal with it.”

Adrienne Maloof, who joined the cast in season two, has been caught in a bitter feud and legal battle with castmate Brandi Glanville after the blonde blurted out during a taping last spring that Adrienne had used a surrogate to have her twins Christian and Colin, 6.

She was furious when she discovered Glanville had divulged the information on camera as she had not yet told her children.

Elvis Presley’s former Beverly Hills home has been put up for sale for $13 million.

Elvis Presley lived in the four-bedroom, five-bathroom French regency-styled house with his then-wife, Priscilla, until they divorced in 1973.

Like the singer’s Graceland home in Memphis, Tennessee, Elvis fans have flocked to visit the Los Angeles property for years.

The entry gate is still covered with handwritten tributes from fans.

According to an estate agent’s website, the house sits on 1.2 acres (4,800 sq m) of land “overlooking spectacular panoramic city-to-ocean views”.

It also boasts a pool and spa, floor-to-ceiling windows, glass walls and an attached guesthouse.

Elvis Presley Enterprises said the singer first rented the house before he and Priscilla bought it in 1967. It was then sold in 1973 after the couple divorced.

Elvis Presley died in August 1977 at the age of 42. This year, to mark the 35th anniversary of his death, more than 75,000 fans held a candle-lit vigil outside the gated complex, where they were joined by Priscilla and daughter Lisa-Marie.