After recent reports of relationship problems with boyfriend Kanye West, pregnant Kim Kardashian was pulled over by police in Beverly Hills.

Kim Kardashian, 32, was driving her Mercedes-Benz G63 AMG down Wilshire Boulevard with close friend Brittney Gastineau on Saturday when she was pulled over by the Beverly Hills Police Department.

While the reasons for Kim Kardashian being stopped are as yet unknown, the expectant star looked distressed as she was spoken to by the officer.

Kim Kardashian is currently counting down the days until the birth of her first child with Kanye West.

However, the pair have sparked rumors that there could be an issue in their relationship as they haven’t been seen together since May 13. 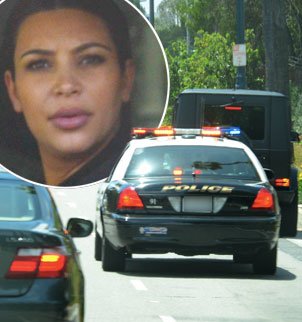 Their time apart is despite the fact that Kim Kardashian travelled to Paris to see her baby daddy – who then headed to Milan.

The couple’s latest narrow miss came on Friday, when the pair were both in Los Angeles but not seen together.

Kim Kardashian tweeted fans from her hometown, sharing a picture of her in the backseat of a car.

The following day Kanye West was pictured looking decidedly glum as he left a Malibu restaurant without his girlfriend in tow.

The claims come after reports that Kim Kardashian had to beg Kanye West to attend her upcoming baby shower because it is being filmed for an E! special.

A source told gossip website RadarOnline.com Kim Kardashian had to beg Kanye West “to stop by the baby shower” which is taking place on June 2.

The baby shower will be filmed for Keeping Up With The Kardashians, and he just doesn’t want to appear on the show at all, period.

“Kim nagged him until he agreed when she said it would look really bad if he didn’t show up. Kanye thinks it’s silly to even go to the baby shower since he will be the only man there. He will be there for less than ten minutes, tops. It was important to Kim that he go, so he agreed.” 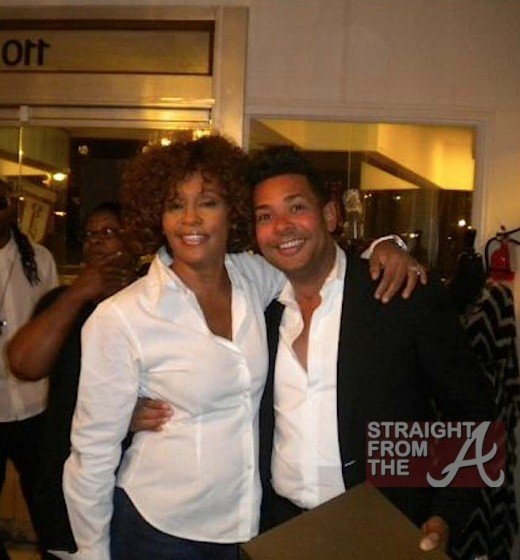 A plane believed to be carrying Whitney Houston’s body has landed in her home state of New Jersey, after leaving from LA.

“Ms. Houston was pulled from the tub by members of her staff and hotel security was promptly notified,” he said.

“First aid and CPR measures were performed in an attempt to revive her,” he said, adding that after unsuccessful attempts, Houston was pronounced dead at 15:55 local time.

The police spokesman played down reports that prescription drugs might have been involved in Whitney Houston’s death.

“Our intent at Beverly Hills Police Department is not to fuel the speculation or rumors that are circulating right now,” Lt. Mark Rosen said.

“We can’t comment on where those rumors have come from.”

However, the Los Angeles’s coroner’s office then said there were bottles of prescription medicine in the room, although it did not provide further details.

“You probably have just as many prescription bottles in your medicine cabinet.”

Whitney Houston’s body was then flown from Van Nuys Airport in the Los Angeles area east to New Jersey, where a funeral will be held at the end of the week.