However, the first lady said, “luckily he is a strong teenager and exhibited no symptoms”.

Both the president and first lady also tested positive for coronavirus – as well as other White House staff – but have since recovered.

At a rally in Des Moines, Iowa, President Trump said: “He [Barron] had it for such a short period of time.”

The president said his son had had a mild case of the virus: “I don’t even think he knew he had it because they’re young and their immune systems are strong and they fight it off.”

He added: “Barron is beautiful and he is free.”

President Trump cited his son’s recovery as a reason why American schools should reopen as soon as possible, a move opposed by teachers’ unions who fear their members could be infected by students.

He told the crowd: “Barron’s tested positive. Within, like, two seconds it was Barron is just fine now. He’s tested negative, right?

“Because it happens. People have it and it goes. Get the kids back to school.”

After the first lady and the president received their positive results two weeks ago, she said “naturally, my mind went immediately to our son”.

Melania Trump said it was a “great relief” when Barron initially tested negative, but was concerned he would later test positive for the virus.

“My fear came true when he was tested again and it came up positive,” she said, adding that Barron exhibited no symptoms.

“In one way I was glad the three of us went through this at the same time so we could take care of one another and spend time together,” the first lady wrote.

Melania Trump also reflected on her own diagnosis. She said she experienced a “roller coaster of symptoms”, including body aches, a cough and fatigue.

“I chose to go a more natural route in terms of medicine, opting more for vitamins and healthy food,” she wrote.

In her statement, Melania Trump also said the “most impactful part” of her recovery was “the opportunity to reflect on many things – family, friendships, my work, and staying true to who you are”.

She said she would be resuming her duties as soon as she could.

While the first lady remained in the White House, President Trump spent three days at Maryland’s Walter Reed National Military Medical Center after his own Covid-19 diagnosis. He received a number of different drug treatments, including dexamethasone, a steroid, antiviral treatment remdesivir and monoclonal antibody therapy.

The president’s personal doctor said on October 11 that he was no longer a Covid transmission risk to others, and he returned to the campaign trail on October 12, telling supporters he felt “powerful”.

An event at the White House on September 26, for the unveiling of President Trump’s Supreme Court nominee Amy Coney Barrett, was thought to be the root of the localized outbreak of coronavirus.

The White House press secretary, former Trump counselor Kellyanne Conway and two senators were among the people around the president who tested positive for the virus.

Joe Biden did not have any public campaign events on October 14, but held a virtual fundraiser and delivered taped remarks to an American Muslim association. The Biden campaign announced that it had raised a record-breaking $383 million in September.

The Democrat was expected to spend much of the day preparing for October 15, when he and President Trump will take part in rival televised town hall-style events.

The two candidates have struck different tones on the pandemic, with President Trump downplaying its severity and Joe Biden criticizing him for not encouraging Americans to wear masks and social distance.

The US has recorded more than 7.8 million coronavirus cases and more than 215,000 deaths – the highest figures of any country in the world.

Melania and Barron Trump had stayed behind in New York so the president’s son could finish the school year.

The decision was seen as strange by some, as Melania Trump was the first presidential spouse in recent years not to relocate to the capital immediately.

Her predecessor, Michelle Obama, even moved to Washington early to get her daughters settled in their new school. 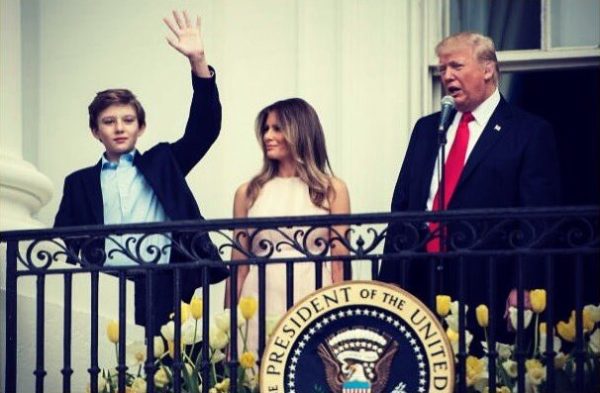 However, it seems Melania Trump is delighted by the move, tweeting a picture looking out across the White House lawn, marking the occasion.

The move will also no doubt be welcomed by New Yorkers, who have footed a hefty security bill keeping Melania and Barron Trump safe in Trump Tower.

Their presence in New York has also been known to create a fair few traffic problems. The New York Post warned of a potential “traffic apocalypse” if they did not make the move.

Meanwhile, President Trump – who did not acknowledge the move on his personal Twitter account – has turned his attention to eldest daughter Ivanka’s appearance on Fox and Friends on June 12.

It is not known what Ivanka Trump will be discussing.

They quote a person familiar with SNL‘s plans as saying Katie Rich was suspended indefinitely. NBC is yet to comment.

On the inauguration day, Katie Rich posted a now-deleted tweet, saying: “Barron will be this country’s first home-school shooter.”

An avalanche of criticism on social media followed. 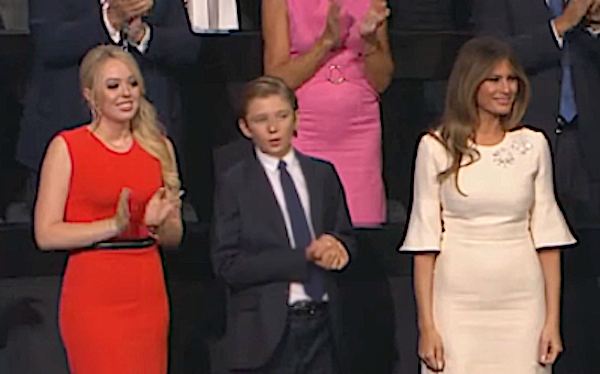 However, on January 23, Katie Rich she was back online to issue an apology.

The post read: “NO child deserves to be talked to in such a manner… He is a child, he is to be respected and he is off limits.”

Saturday Night Live has made a number of shows in recent months, parodying Donald Trump.

President Trump, who took office on January 20, has described SNL as “not funny” and with “terrible” cast. 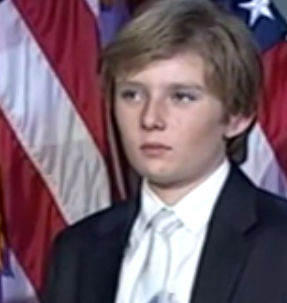