He had vowed to label the gangs as terrorists after the killing last month of nine American citizens from a Mormon community in Mexico.

However, the president has put the plans on hold on the request of his Mexican counterpart, President Andrés Manuel López Obrador.

The Mexican president said: “I celebrate that he has taken our opinion into account.”

“We thank President Trump for respecting our decisions and for choosing to maintain a policy of good neighborliness, a policy of cooperation with us,” Andrés Manuel López Obrador added.

President Trump’s original announcement came after three women and six children of dual US-Mexican nationality were killed in an ambush in a remote area of northern Mexico.

Following the attack the victims’ community, the LeBarons, petitioned the White House to list the cartels as terror groups, saying: “They are terrorists and it’s time to acknowledge it.”

The move would have widened the scope for US legal and financial action against cartels but Mexico saw it as a violation of its sovereignty.

President Trump has now put the plans on hold.

He tweeted: “All necessary work has been completed to declare Mexican Cartels terrorist organizations.

“Statutorily we are ready to do so.”

However, he said his Mexican counterpart is “a man who I like and respect, and has worked so well with us,” adding that he was temporarily holding off on the designation and stepping up “joint efforts to deal decisively with these vicious and ever-growing organizations!”

President Trump did not comment on how long the delay would last.

Andrés Manuel López Obrador has announced that “profound change” is coming for Mexico after claiming victory in the country’s presidential election.

The left-wing candidate, known by his initials Amlo, is projected to win about 53%. His rivals have conceded in a crushing defeat for the main parties.

Andrés Manuel López Obrador’s key pledge has been to tackle the “evil” of corruption.

The ex-Mexico City mayor has also been highly critical of President Donald Trump and ties with the US will now be closely watched.

Relations with the US have been hugely strained, with President Trump strongly criticizing Mexico over trade and migration. President Trump has sent a tweet of congratulations.

The 64-year-old promised to respect civil liberties and said he was “not looking to construct a dictatorship, either open or hidden”.

Some opponents have expressed fears that his leftist and populist policies could damage the already sluggish economy and turn Mexico into “another Venezuela”. Mexico is suffering a deep economic crisis and rampant inflation.

Hailing a “historic night”, López Obrador called on all Mexicans to reconcile and repeated his campaign pledge to review energy contracts for signs of corruption.

He said: “Corruption is… the result of a decadent political regime. We are absolutely convinced that this evil is the main cause of social and economic inequality, and also that corruption is to blame for the violence in our country.”

López Obrador has insisted that no-one involved in corruption will be spared, not even those he calls “brothers-in-arms”.

On combating Mexico’s record levels of violence, much of it related to drug cartels, he said he would have daily meetings with his security cabinet, which under him, he said, would be under a “unified command”.

The July 1 election followed one of Mexico’s deadliest campaigns in decades with more than 130 political candidates and party workers killed.

During the campaign Andreas Manuel López Obrador had often used confrontational language when referring to President Trump, but struck a more conciliatory note in his victory speech, saying he would seek “friendly relations”.

López Obrador also tried to reassure the business sector, saying there would be no nationalization and that he would respect private business. He also said his government would be fiscally disciplined and taxes would not be raised.

On social policies, López Obrador said he would double pensions for the elderly upon taking office on December 1 as a first step to reducing Mexico’s disparate income levels.

According to the latest figures from the Mexican electoral institute, Andreas Manuel López Obrador has won more than double the votes of his nearest challenger. It is the widest victory since the 1980s.

His rival, Ricardo Anaya, candidate for the conservative National Action Party (PAN), looked set to be runner-up to López Obrador.

Ruling party candidate José Antonio Meade, who lies in third place according to initial results, told supporters that he wished the winner “the greatest success”. 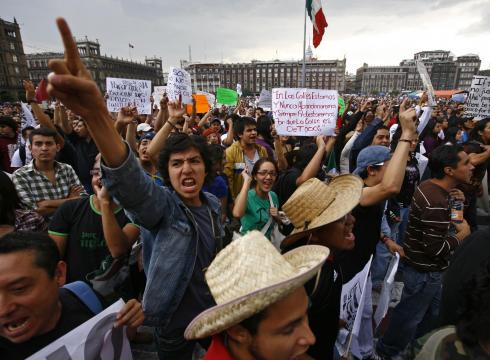 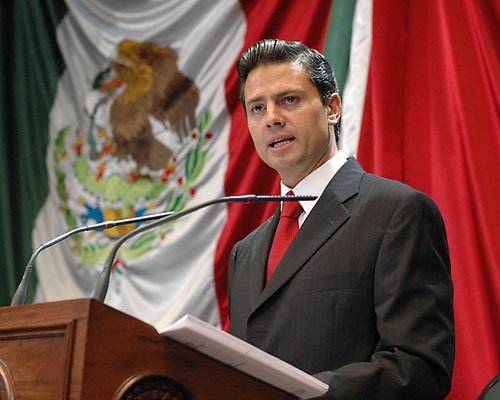