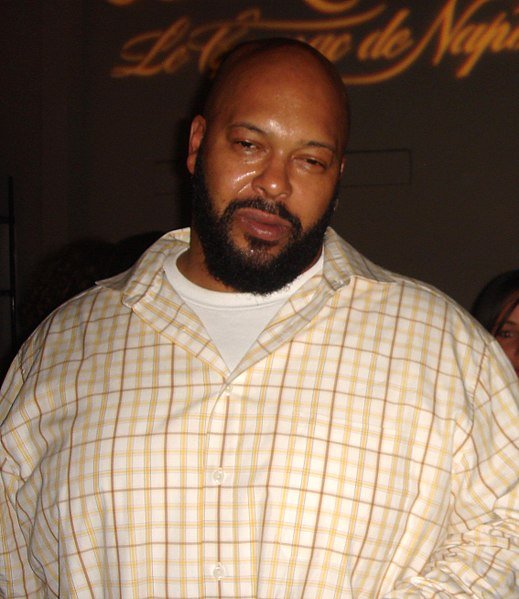 Rap mogul Marion “Suge” Knight has pleaded no contest to a voluntary manslaughter charge over the 2015 hit-and-run incident in Los Angeles.

The 53-year-old founder of Death Row Records made the plea to avoid charges of murdering one man and attempting to murder a second with his pick-up truck.

The incident happened after an argument over the making of Straight Outta Compton, a biopic about rap group NWA.

Suge Knight will be formally sentenced to 28 years in prison in October.

Under Californian state law, a no contest plea is the legal equivalent of a guilty plea.

As part of the agreement, the murder charges against Suge Knight will be dismissed by prosecutors, along with separate criminal cases charging him with robbery and making criminal threats.

The deal, in which Suge Knight admitted using a “deadly and dangerous weapon” when he ran down two men with his vehicle, calls for him to serve 22 years in prison for voluntary manslaughter with a further 6 years added because of the US “three-strikes” law relating to repeated violations.

The charge relates to an incident in January 2015 in Compton, a suburb of Los Angeles.

Suge Knight was accused of deliberately running over two men with his pick-up truck outside a hamburger restaurant following an argument on the set of a commercial for Straight Outta Compton.

One of the victims, Terry Carter, died of his injuries while the other, Cle “Bone” Sloan, suffered serious injuries to his feet and head.

Footage of the incident captured by security cameras show Suge Knight’s vehicle pulling up to the drive-in shop, with one of the victims approaching the driver’s side window. Following what appears to be a brief discussion, a struggle then ensues.

Suge Knight’s truck is seen going into reverse, throwing the man to the ground. It then moves forward, driving over his legs and slams into the other victim, who was killed.

The rap mogul turned himself in to authorities a day after the incident. His attorneys had said he was acting in self-defense and was fleeing armed attackers when he ran over Terry Carter and Cle Sloan.

Cle Sloan has denied claims he was carrying a gun during the confrontation.

Suge Knight co-founded Death Row Records with the pioneering producer Dr Dre in the 1990s, but later declared bankruptcy and the company was sold at auction for $24 million.

While his label was initially very successful, his fortunes began to slide in 1996 when rapper Tupac Shakur was shot and killed in the passenger seat of Suge Knight’s car.

Suge Knight has a history of legal problems. He spent time in jail in 1997 and 2003 for parole violations arising from assault charges. He later pleaded guilty to hitting his girlfriend in an incident in 2008.