Fashion is a way of thinking, creating and ultimately, a way of life. Hence, it is only natural that it changes with the seasons, and each new creation brings with itself a new trend for the fashionistas to follow. Each design is the fruit of some inspiration, starting from animal skin, through natural landscapes or contrasting urban areas, all the way to unique and specific environments.

No matter whether they were inspired by the sparkling lights of the Las Vegas locals, or it is a modification of typical 19th century school uniforms, trends are recognized for their durability. Some of them have disappeared throughout the years, while others have been altered in order to fit more modern demands. Ultimately, there are those which cannot be denied a place in fashion history due to their lasting existence and apparent influence. 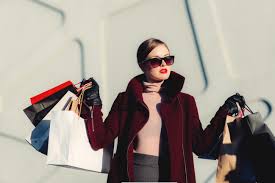 The black leather jacket decorated with zippers and buttons and pockets used to hold a negative meaning, as bikers were often recognized as troublemakers. However, with a few campaigns and a pair of stitches that made it fitting for a female silhouette as well, the motorcycle jacket has come to stay in trend.

Since its appearance in 1926 as a creation by visionary Coco Chanel, the typical short, straight black dress with long sleeves became a symbol of fashion. It has since been used to denote elegance, trend, femininity, power, sensuality and so much more, either directly or through some of its variations.

As mentioned above, designers often used their natural surroundings and the creatures in them for inspiration. Some have incorporated leaves and floral prints for a more tropical look, but the animal print is the true symbol of exotic designer wear. Zebra and tiger prints are the most widely implemented patterns, although crocodile, snake skins and similar animalistic elements have also been eternalized in fashion trends.

A creation as old as time, or at least as the British Empire under the reign of Queen Victoria, the trench coat has managed to fight its way to modern department stores worldwide. It has been designed by Burberry, upon official requests to create a coat that would protect soldiers in the trenches from various weather conditions. Long after Britain reached its peak colonial potential, the trench coat originated from the fashion house Burberry is recognized as trendy and fashionable.

Shifting from clothing to accessories and shoe wear, wide cuffs and gladiator sandals are another all-time fashion trend. The cuffs were initially inspired by ancient Egyptian rulers (Cleopatra, particularly), while the sandals imitate those of Rome’s famous gladiator fighters. Such historical significance practically dictated their fashion success, but it was due to the designers’ unique additions and variations that turned them into a true trend.

This trend is self-explanatory at the least, but still deserves an honorable mention. It is dominant in casual dress styles, but its immense influence has enabled it to transcend into high-fashion attire.