Visionary British physicist Stephen Hawking has died at the age of 76.

His family confirmed that he died peacefully at his home in Cambridge in the early hours of March 14.

The world renowned scientist was famed for his work with black holes and relativity, and wrote several popular science books including A Brief History of Time.

At the age of 22, he was diagnosed with a rare form of motor neurone disease being given only a few years to live.

The disease left him in a wheelchair and largely unable to speak except through a voice synthesizer.

Prof. Hawking’s children, Lucy, Robert and Tim, said in statement: “We are deeply saddened that our beloved father passed away today.

“He was a great scientist and an extraordinary man whose work and legacy will live on for many years.”

They praised his “courage and persistence” and said his “brilliance and humor” inspired people across the world.

A book of condolence is due to be opened at Gonville and Caius College in Cambridge, where Stephen Hawking was a fellow. 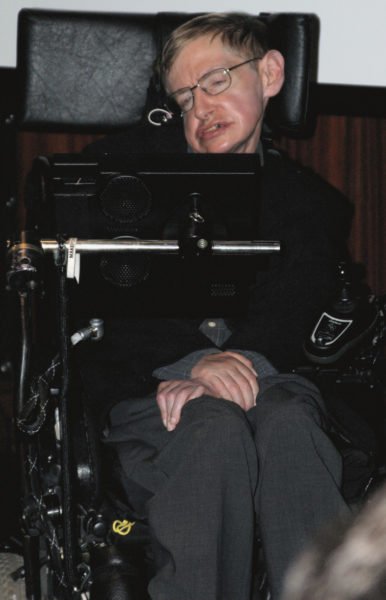 iBrain, the NeuroVigil device that may be able to read thoughts, tested on Prof. Stephen Hawking

Stephen Hawking was the first to set out a theory of cosmology as a union of relativity and quantum mechanics.

He also discovered that black holes leak energy and fade to nothing – a phenomenon that would later become known as Hawking radiation.

Through his work with mathematician Roger Penrose Stephen Hawking demonstrated that Einstein’s general theory of relativity implies space and time would have a beginning in the Big Bang and an end in black holes.

Prof. Hawking gained popularity outside the academic world and appeared in several TV shows including The Big Bang Theory, The Simpsons and Red Dwarf.

He was portrayed in both TV and movie – recently by Oscar winner Eddie Redmayne in The Theory of Everything, which charted his rise to fame and relationship with his first wife, Jane.

Eddie Redmayne paid tribute to him, saying: “We have lost a truly beautiful mind, an astonishing scientist and the funniest man I have ever had the pleasure to meet.

“My love and thoughts are with his extraordinary family.”

In his 2013 memoir Stephen Hawking described how he felt when first diagnosed with motor neurone disease: “I felt it was very unfair – why should this happen to me.

“At the time, I thought my life was over and that I would never realize the potential I felt I had. But now, 50 years later, I can be quietly satisfied with my life.”