Orestes Fintiklis, the majority owner of the Trump Ocean Club International Hotel and Tower in Panama City, has regained control of the building after a legal battle with its management – the Trump Organization.

Within hours of the verdict from a Panamanian court, the luxury hotel’s employees removed the Trump name from its main entrance.

The Cypriot businessman has been fighting to cancel the contract with the Trump Organization, which he blames for a fall in profits.

The Trump Organization said it had appealed against the decision.

Orestes Fintiklis hailed the court’s decision, saying: “Panama has made us proud.

“Today, this dispute has been settled by the judges and the authorities of this country.”

The standoff between Orestes Fintiklis and the management team at the hotel had lasted more than a week. 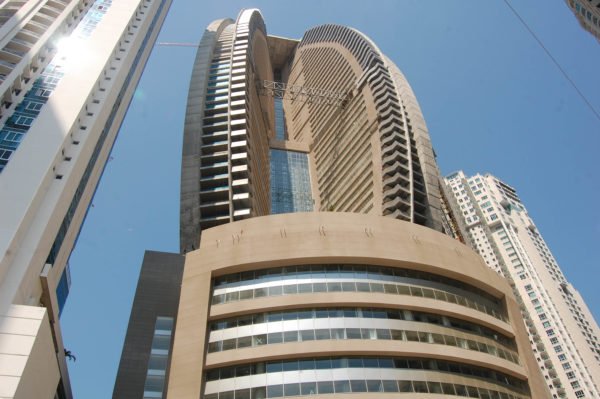 On March 5, police and a court official enforced the owner’s claim to the hotel as Trump Organization executives and security staff abandoned the building.

Hotel employees then pried the Trump logo from the entrance.

Tourists later gathered at the spot to have their pictures taken.

The legal battle began last month when Orestes Fintiklis said he intended to force the Trump Organization out before its management contract was up, and to rebrand the hotel.

According to lawsuits filed in the United States, Orestes Fintiklis said the number of guests at the hotel was falling.

For its part, the Trump Organization said Orestes Fintiklis was breaching his contractual commitments.

The Trump Organization said in a statement: “Trump Hotels remains fully confident that it will not only prevail, but recover all of its damages, costs and attorneys’ fees, including those… arising from today’s events.”