When people in ancient times used marijuana to alleviate pains and aches, they didn’t think of it as resorting to alternative medicine. It was all just medicine, solutions to their health problems. Legends tell of Chinese emperors making references to marijuana as a healing agent. The earliest written record of using cannabis as medicine is found in the Chinese Pharmacopeia, which came out in the 15th century BC.

Experts in various fields even believe that the Bible contains references to cannabis featuring among the ingredients of holy anointing oil. The ancient Egyptians and Indians used cannabis to treat glaucoma, inflammation, pain, and even leprosy. The Greeks and the Romans wrote extensively about the medicinal properties of the plant.

The change of heart

Until the turn of the 20th century, marijuana was a mainstream remedy used to treat various conditions. In the U.S., things began to change with the introduction of the Food and Drugs Act in 1906. All states had outlawed the sale and possession of marijuana by 1937, when the Marihuana Tax Act came into effect. The restrictions imposed by this law led to a sharp drop in marijuana prescriptions.

However, many scientists kept urging the study of cannabis to understand better its medical properties. As Dr. William Woodward of the American Medical Association (AMA) had argued in the 1930s, marijuana was “largely an unknown quantity, but might have important uses in medicine and psychology.”

The push for recognition

Research reports over the years maintained that marijuana was not as dangerous as previously thought and was actually less harmful than some other opiates and alcohol. One such report was commissioned by the UK government and published in 1968. You might want to know more about Cannabis Topicals and Cancer as well.

Evidence kept piling up that cannabis wasn’t a demonic plant and could, in fact, deliver substantial medical benefits. In 1970, a non-profit called National Organization for the Reform of Marijuana Laws (NORML) was launched in the U.S. Two years later, the bi-partisan Shafer Commission recommended that marijuana be decriminalized for personal use. That same year, NORML filed a petition to have the classification of marijuana changed from a Schedule I to a Schedule II drug.

Patients themselves began rallying to upset the status quo. In 1976, a federal judge ruled in favor of glaucoma patient called Robert Randall, who stood trial on criminal charges of cultivating marijuana. The ruling made Randall the first U.S. citizen cleared to receive marijuana as medicine. Five years later, he teamed up with other patients to establish the Alliance for Cannabis Therapeutics (ACT) – an organization dedicated to helping patients and doctors obtain access to this alternative medical solution. 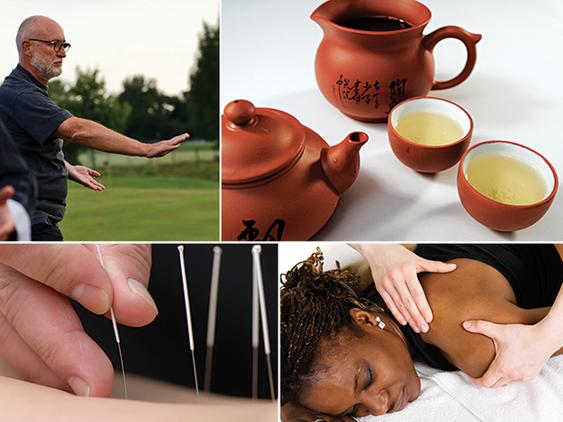 The case for embracing change again

The collection of historical facts presented so far aims to make it clear that what people now call alternative medical care has always existed. Social, economic or political factors may have affected attitudes and legislation over the years, but at no point in time have patients and doctors stopped believing in the medical benefits of marijuana.

As technological and scientific progress drives humanity forward, new discoveries create tremendous opportunities but also raise the need for protection against abuse. Whatever people think about marijuana in general, very few doubt the medicinal properties of the plant.

While governments are relaxing their grip, it is still far from enough to advance research and approvals. Old, familiar concepts have become the source of confusion simply as a result of new terminology, classifications, and legislation. The modern definition of alternative medical care is so broad that it hinders understanding, regulation, licensing, and practice.

It seems the time has come for things to go full circle. Once a mainstream treatment, cannabis was pushed to the fringes of medicine and later criminalized. It is now staging a comeback, even if mostly regarded as an alternative to standard treatments. The medical marijuana community is hoping that one day, sooner rather than later, the law will catch up with science and cannabis will once again be regarded as a legitimate, fully endorsed solution for multiple medical problems. Just as it was centuries ago, when people didn’t care whether they were receiving traditional or alternative medical care as long as it helped them.