Footage has emerged showing that Venus Williams was driving lawfully during a car crash that led to the death of 78-year-old Jerome Barson, police say.

According to a surveillance video obtained by Palm Beach Gardens police in Florida, Venus Williams’ car entered the intersection on a green traffic signal.

An earlier police report had said Venus Williams, 37, was at fault and “violated the right of way of [the other driver]”.

Venus Williams’ lawyer said the fatal crash on June 9 was an accident.

Jerome Barson’s family has filed a wrongful death lawsuit against the tennis star.

New video evidence has revealed that Venus Williams had the right of way as she entered the intersection of Northlake Boulevard in the city of Palm Beach Gardens, according to the police report.

However as she proceeded, the report says, Venus Williams was forced to brake to avoid a collision with an oncoming vehicle, which delayed her from clearing the junction. 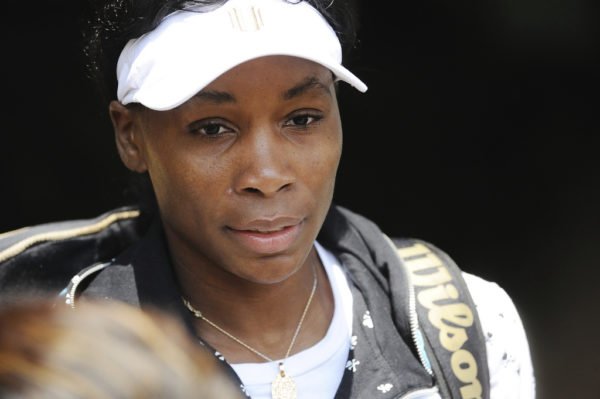 As the tennis star then began to move forwards, a second vehicle – traveling in a different direction – entered the intersection on a green traffic signal, and the two cars collided.

“This updated information, based upon new evidence, is still under investigation,” the police statement said.

Jerome Barson had been travelling with his wife who was driving their vehicle at the time. He was taken to hospital but died two weeks later from his injuries.

The wife was also taken to hospital but survived.

The initial police report said that no other factors such as drugs, alcohol or mobile phone distractions were being investigated.

Was Serena Williams drunk at Wimbledon 2014?

Venus Williams, a seven-time Grand Slam champion, reportedly told police she did not see the couple’s car and she was driving slowly. She was not arrested in connection with the crash.

On July 3, when questioned by reporters about the crash, Venus Williams broke down in tears, and said: “There are no words to describe how devastating [it is]. I’m completely speechless.”

Venus Williams’ lawyer Malcolm Cunningham told CNN in a statement: “Ms. Williams entered the intersection on a green light. The police report estimates that Ms. Williams was travelling at 5mph when Mrs. Barson crashed into her.

“Authorities did not issue Ms Williams with any citations or traffic violations. This is an unfortunate accident and Venus expresses her deepest condolences to the family who lost a loved one.”

Venus Williams is currently playing her 20th Wimbledon tournament in London, where she is seeded 10th.