Home Home & Garden Be On The Lookout For Bounce House Injuries

This May is the one-year anniversary of one of the worst bounce house injury incidents in recent memory.

In England, high winds swept a large bounce house off its moorings and carried it about 150 yards through the air while a 7-year-old was trapped inside it. Summer Blackie was rushed from an Easter celebration in Essex, which is about 30 miles outside London, to a nearby hospital, where she was later pronounced dead. At the time, authorities stated that the people in charge of the bounce house failed to secure it properly, but there were also some concerns over the inflatable playhouse’s structural integrity.

Less than a year earlier at that same park, several children were trampled when a bounce house suddenly and unexpectedly deflated. 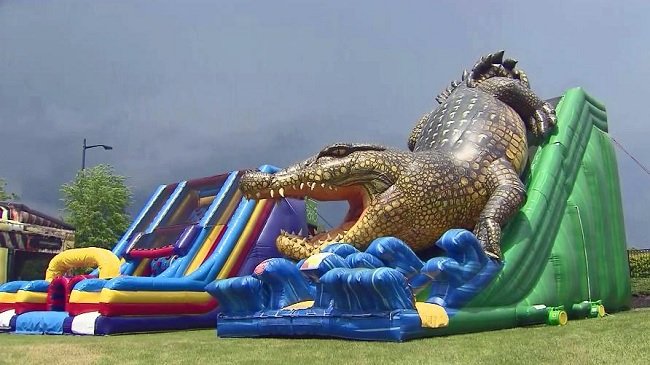 Inflatable playhouse safety has improved a little since 2014, when a national magazine first shed light on the ongoing bounce house safety epidemic. According to one study, thirty-one children a day received treatment in hospital emergency rooms because of bounce house injuries; the average victim was seven years old and had typically sustained either a serious fracture or a spinal cord injury.

Unfortunately, many of the inflatable playhouses at today’s birthday parties, end-of-season sports team celebrations, and other assorted get-togethers were all made during this period. Experts point to several reasons for the uptick in injuries since 1995:

As a result, many advocates say that bounce houses are just as hazardous as backyard trampolines, one of the most infamous dangerous toys to ever come off an assembly line.

Manufacturers have a duty to make products that are both safe and effective. The exact nature of this duty usually comes from Section 2-134 of the Uniform Commercial Code. It states that manufactured goods must:

These warranties cannot be waived unless the seller includes written language like “as is” or “without warranty.”

In a suit for damages against the manufacturer, the toy maker often hides behind the unintended use doctrine. This tactic is especially common in bounce house injury cases.

In this context, the “unintended use” is essentially a failure to follow safety instructions. Many bounce house manufacturers routinely include safety warnings with their products, such as only allow one child at a time into the bounce area, do not set up the inflatable if winds are higher than 10mph, and so on.

However, the manufacturer is still liable in situations that involve a foreseeable unintended use. The classic example is people who use screwdrivers to open paint cans. Even if the manufacturer warns people not to use screwdrivers in this way, they will still do it, so the use is foreseeable. Instead, the unintended use doctrine usually only applies if the product is used in a clearly unsafe and unforeseeable manner, something like using a gas-powered lawn trimmer to cut hair.