In an interview with Empire, Arnold Schwarzenegger claimed that low ratings were due to Donald Trump’s credit as executive producer.

The actor said he would like to work “on a show that doesn’t have this baggage”.

Donald Trump – who left the show to run for the White House – has previously ridiculed his TV boardroom successor.

In March 3 interview, Arnold Schwarzenegger claimed an anti-Trump social media campaign had impacted the ratings of the show, on which he debuted in January. 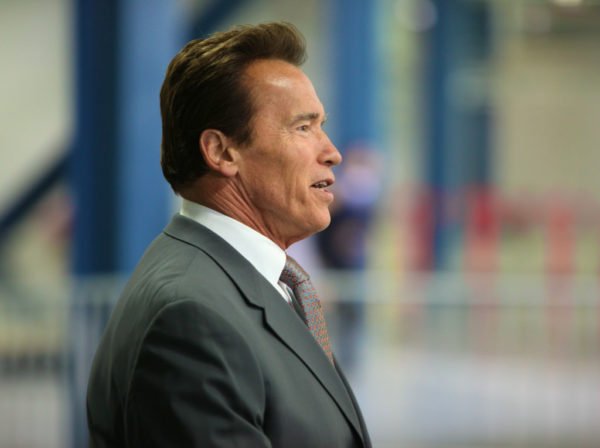 He said: “When people found out that Trump was still involved as executive producer and was still receiving money from the show, then half the people [started] boycotting it.

“It’s not about the show… because everyone I ran into came up to me and said, <<I love the show… but I turned it off because as soon as I read Trump’s name I’m outta there!>>

“It’s a very divisive period now and I think this show got caught up in all that division.”

He added that he would decline if asked to host again.

Arnold Schwarzenegger has often clashed on Twitter with Donald Trump.

Last month at the National Prayer Breakfast in Washington DC, President Trump mockingly asked people to “pray for Arnold… for those ratings”.

The president said the show had been swamped “in comparison to the ratings machine, DJT”, using his own initials.

Donald Trump became a household name as the show’s host for 14 seasons.

Some 20 million Americans were regular watchers in its first year before the viewing figures tapered to six million for Donald Trump’s last episode.