Home Business Economy & Politics White House Leaves Out Some of the Media at Gaggle in Sean...

The CNN, BBC, the New York Times and others were excluded from an audience with Press Secretary Sean Spicer, with no reason given.

It came hours after President Donald Trump delivered another attack on the media in his CPAC speech, saying that “fake news” was the “enemy of the people”.

President Trump has previously singled out CNN and the New York Times for criticism.

Shortly after his speech on February 24, a number of selected media organizations were invited into Sean Spicer’s office for an informal briefing, or “gaggle”.

Those allowed into the room included ABC, Breitbart News, Reuters, Fox News and the Washington Times. 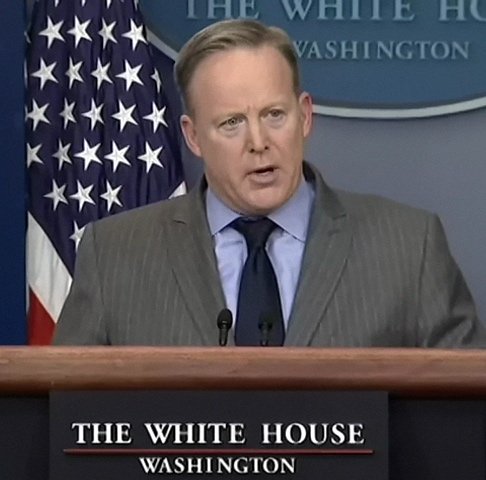 When asked why some were excluded, Sean Spicer said it was his decision to “expand the pool” of reporters.

Sean Spicer also warned the White House was going to “aggressively push back” at “false narratives” in the news.

Buzzfeed, the Daily Mail and Politico were also left out, but CNN was the only major TV network to be denied entry.

USA Today, Time magazine and the Associated Press refused to attend as a protest.

New York Times executive editor Dean Baquet said it was the first time such an exclusion had happened in the newspaper’s history.

A White House spokeswoman said they had invited a group which included all journalists in the press pool, which shares information with other reporters

“We decided to add a couple of additional people beyond the pool. Nothing more than that,” Sarah Sanders said.

During the briefing, Sean Spicer addressed reports that White House Chief of Staff Reince Priebus had asked the FBI to publicly dispute media stories about contacts between the Trump campaign and Moscow.

Sean Spicer said Reince Priebus had little choice but to seek assistance in rejecting what Spicer said were inaccurate reports. The FBI did not issue the statement requested.

Donald Trump has been dogged by claims of alleged links to Moscow since his presidential campaign.

He asked for national security adviser Michael Flynn’s resignation last week after he misled VP Mike Pence about his contacts with Russia’s ambassador during the transition.

The White House Correspondents’ Association says it is “protesting strongly” about how the press briefing was handled by the White House.