Milo Yiannopoulos will no longer speak at a conservative conference and his book deal has been canceled after videos surfaced in which he appeared to approve paedophilia.

The footage showed the ultra-conservative writer discussing the merits of gay relationships between adults and boys as young as 13.

The writer said one video had been edited to give a misleading impression.

However, the American Conservative Union, which runs the Conservative Political Action Conference (CPAC) where President Donald Trump is due to speak on February 24, said the apology was not enough.

“We urge him to immediately further address these disturbing comments,” Matt Schlapp said in a statement. 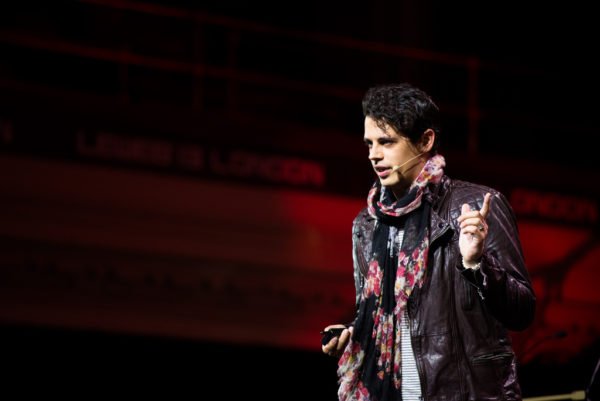 Book publisher Simon & Schuster said it had canceled the publication of Milo Yiannopoulos’s book Dangerous, which was due out in June, after “careful consideration”.

In the footage, Milo Yiannopoulos – a passionate supporter of Donald Trump and an editor at right-wing website Breitbart – seems to suggest the determining factor for paedophilia is whether the younger partner has gone through puberty.

However, at another point in the video the writer says the US age of consent, which is 16 to 18 years old depending on location, is “about right”.

Milo Yiannopoulos, who is openly gay, said he regretted using the word “boys” instead of young men while discussing gay relationships with large age gaps.

He blamed “sloppy editing” and “usual blend of British sarcasm, provocation and gallows humor” for creating the wrong impression.

He also claimed that he himself had been a victim of child abuse.

Milo Yiannopoulos is regularly associated with the alt-right, a disparate nationalistic group that is outspoken against so-called political correctness and feminism. It includes neo-Nazis, white supremacists and anti-Semites.

He says he does not consider himself part of the alt-right, although he has called it “energizing and exciting”.

Milo Yiannopoulos revels in courting controversy, and has written columns titled “Birth Control Makes Women Unattractive and Crazy” and “Would You Rather Your Child Had Feminism or Cancer?”

Earlier this month the University of California at Berkeley cancelled Milo Yiannopoulos’ speaking engagement there after violent protests broke out.

President Donald Trump – whom Milo Yiannopoulos refers to as “daddy” – threatened to cut the university’s federal funding in response.