Greek authorities evacuated at least 70,000 residents of Thessaloniki for the disposal of a 500lb World War Two bomb.

The bomb was discovered during road works last week and is due to be disposed of on February 12.

According to officials, the bomb is too degraded to tell if it is German or an Allied bomb.

Residents within a radius of about 1.2 miles of the bomb will be compelled to evacuate the area, security officials have said.

The operation has been described by one blog as the biggest evacuation of Greek civilians in peacetime. However, it is not possible to verify such a claim.

The military says an operation of this size and complexity is the first of its kind in a densely populated area of Greece and the disposal operation should take about eight hours – but may take as long as two days. 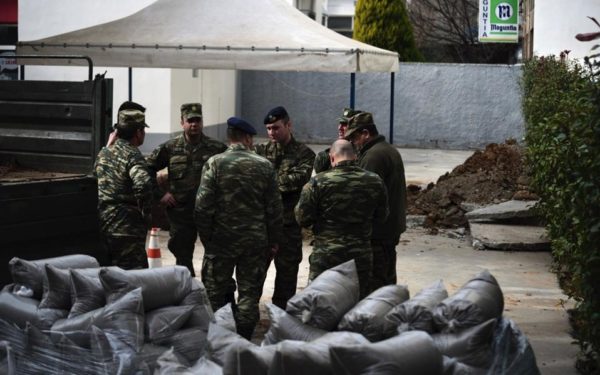 About 1,000 police officers and 300 volunteers will be deployed ahead of the disposal operation. People in the city were warned to vacate their homes several days in advance.

The evacuation is expected to cause considerable disruption in Thessaloniki, with about 450 residents of a refugee camp due to be among thousands of others being evacuated to schools, sports halls and cultural centers.

The bomb was discovered last week near a petrol station during work to expand fuel storage tanks.

A state of emergency has been declared in the three municipalities affected by the defusion operation, Thessaloniki’s Deputy Governor Voula Patoulidou told the Associated Press.

The military say they will initially try to defuse the bomb’s detonator before taking the device in its entirety to an army firing range, where a decision will then be taken on how best to neutralize it.

Thessaloniki bus terminal will be closed down while trains will also stop operating. There is also expected to be some traffic disruption in addition to interruptions to church services.

It appears the bomb was dropped by British and US planes targeting German rail facilities on September 17, 1944.